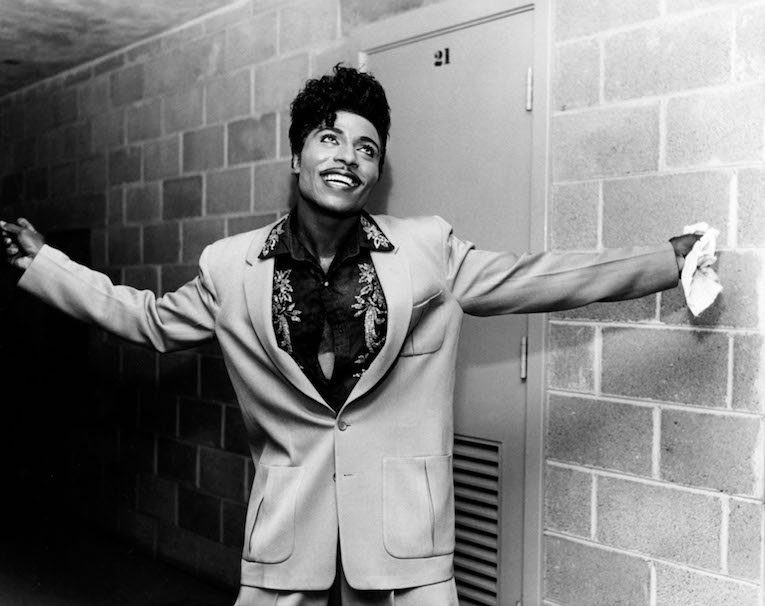 Little Richard, founding father of rock and roll with hits “Tutti Frutti” “Long Tall Sally” “Rip It Up” “Good Golly Miss Molly” and “Lucille” has died at the age of 87. Known for his wild, flamboyant performing style, Richard Wayne Penniman was an American singer-songwriter and musician who inspired musicians all over the world.

Little Richard’s son, Danny Jones Penniman confirmed his death to Rolling Stone and said the cause of death was cancer.

Little Richard influenced generations of musicians. He created some of the world’s first and most influential rock n’ roll by digging deep into gospel and rhythm and blues and creating high octane music. With gospel influenced vocals and shrieks, he was characterized by his frenetic piano playing and raspy singing voice.

Born December 5, 1932 in Macon, Georgia, Richard was one of 12 children, who as a teenager left his home and started performing at clubs. In 1947, he opened for Sister Rosetta Tharpe. Richard performed with minstrel shows, recorded blues for RCA Victor in 1951-1952. In 1955 Richard signed with Specialty Records where he recorded “Tutti Frutti,” which became a hit. He also pursued a career as a gospel artist and then returned to rock and roll in the 1960s.

The Beatles and the Rolling Stones opened for Little Richard at the start of their careers. His music was covered by Elvis Presley, Buddy Holly, and more, and he influenced the Beatles, the Rolling Stones, David Bowie, Rod  Stewart Otis Redding, James Brown, Michael Jackson, Jimi Hendrix, and more. Jimi Hendrix was once the guitarist in Little Richard’s band. Richard anointed himself as “The Originator, The Emancipator and the Architect of Rock n’ Roll.”

Condolences to his family, friends and fans. RIP.