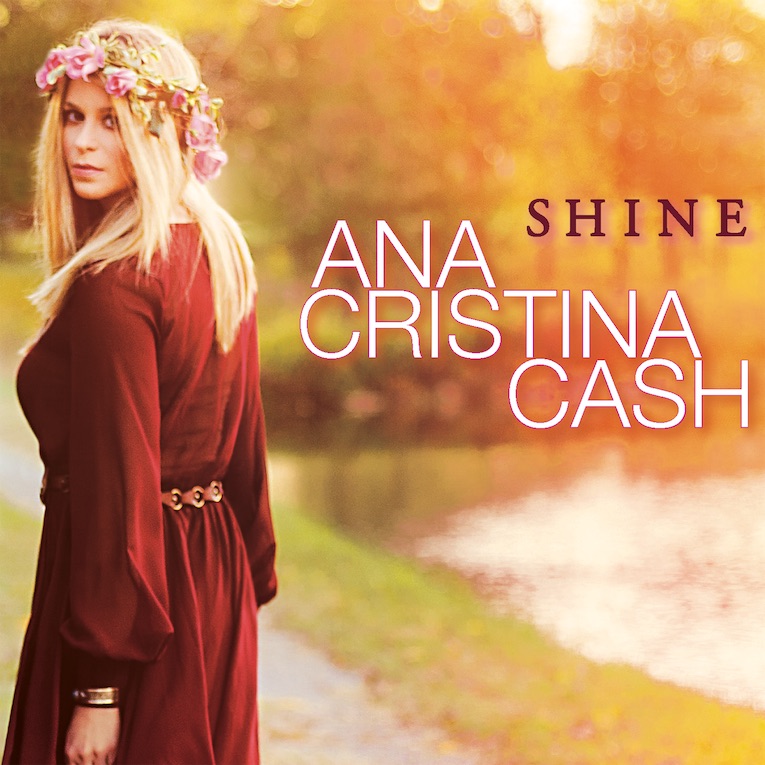 Ana Cristina Cash makes singer-songwriter magic on her latest full-length effort Shine, which was released by Avondale Records on April 24th, 2020. Her songs mix a base of rockabilly and gritty blues with soul jazz, and country overtones that results in a unique, identifiable sound. She’s a clear and confident vocalist with an emotive tone that meshes well with the sharply-written lyrics she conveys here. Cash wrote or co-wrote 12 of the 14 songs on Shine and shows a talent for incisive, cliché-free tales of people and the worlds in which they live. Produced by John Carter Cash, her husband and the son of country legends Johnny Cash and June Carter, the set breathes new life into the storytelling art of creating lyrical songs.

Ana Cristina Cash is a bilingual artist of Cuban extraction who grew up in Miami, Florida. She began singing professionally at just six years of age and quickly dominated the talent competitions on the television show Sabado Gigante. She was signed to Sony Music’s Latin division at 15 and released a self-titled Spanish language debut album. She also went on to be the first Hispanic American to perform The Star Spangled Banner at a presidential inauguration for President Bush in 2005. She married producer John Carter Cash in 2016 and has since been writing and tracking the music she feels she was born to sing.

Cash opens Shine with the charged-up roots rock of “Renegade Rose,” a Bonnie-and-Clyde story of bandits on the run. They’re a “brown-eyed bandit and bottle blonde” who knock off banks, make their getaway, and stop at nothing to get what they want. Cash mixes a tough female character with American outlaw mythology and a driving rock beat and delivers blues/rock greatness with this account of lovers getting money the hard way.

“Tough Love Woman” is a delicious bit of country/soul/blues fare that shows just how expertly Ana and John are able to stack classic influences. Pay attention and you’ll hear old country, Memphis blues, and Stax/Volt horns all working and playing together. These two display an encyclopedic knowledge of American music here and throughout the album and have created a listening experience that’ll go as deep as you’d like to take it.

One of the best and most original songs on Shine is the savagely observant “Hey Hipster.” Cash mercilessly skewers the hipster segment of Millennial culture with little regard for anyone’s safe space. She pokes fun at that bearded guy in skinny jeans, combat boots, and a pork pie hat who’s “standing on the corner judging everything” with this brilliant track that begins as pseudo-jazz before hitting a tough-shuffling chorus. “Go collect your vinyl and start a band, one that only your kind will understand” she sings, absolutely taunting those poor blokes and their fixed-gear bicycles. It’s the kind of socially edgy, satirical song that’s not often encountered anymore but Cash handles it perfectly.

“Brand New Pair Of Shoes” is a co-write by Ana and her late, great father-in-law Johnny Cash. It features previously-unknown Johnny Cash lyrics that Ana recast into a New Orleans-style jazz ballad. The reworking of what was undoubtedly meant to be a country song into this kind of context expands the richness of Johnny’s plain spoken songwriting genius and proves Ana to be a world-class song stylist. Other album highlights include “Broken Roses,” “Busted,” and “Outlaw Blues.”

Shine is a gem from end to end and proves Ana to be a worthy addition to one of American music’s royal families. She brings a new flavor to the Cash name and does it with originality, style, and grace. Her vocals are top-notch and her songwriting skills are indisputable. If this album doesn’t blow up, there’s something seriously wrong with the musical world. Ana Cristina Cash is as good as good gets.