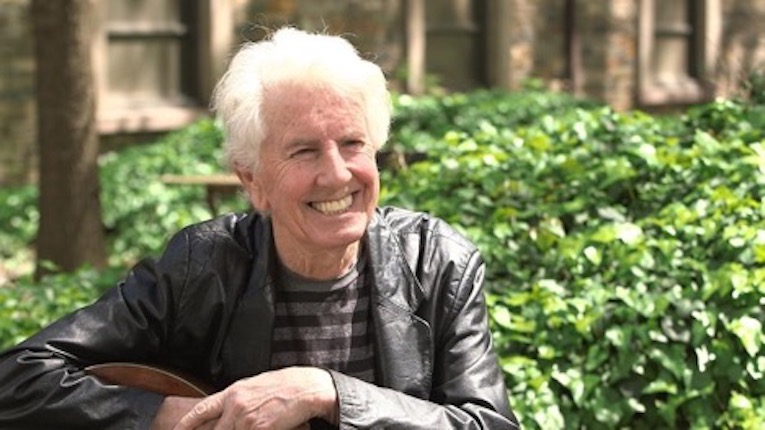 Watch This Sunday May 17 at 9am ET on CBS

Singer-songwriter-artist Graham Nash has been making music for six decades. While the COVID-19 pandemic has stopped his touring plans, it has not limited his productivity. He has already produced half an album of new song demos, he tells CBS THIS MORNING co-host Anthony Mason in an interview for CBS SUNDAY MORNING to be broadcast Sunday, May 17 (9:00 AM, ET) on the CBS Television Network.

“It’s not been too weird for me,” Graham tells Mason of being socially isolated. “I’m, I’m not a very social creature. I, I like to stay in my apartment. I like to be making music. … I’m doing demos. I’ve got half an album already done.”

Mason caught up with Nash, who moved to New York City six years ago, for a socially distanced interview in the garden at St. Mark’s Church in New York City to talk about the current environment, his career and more.

Nash was five shows into a sold-out tour when the pandemic hit, and performances stopped.

“And, unfortunately, you know, it was getting crazy,” Nash says. “I was definitely concerned about my audience and my crew and – myself, you know? So yes, very strange times.”

Nash wonders when he’ll be able to perform before a crowd again.

“Obviously, I love to perform. I love to communicate,” he says. “But quite frankly I don’t see that happening until 2021. That’s almost another year away.”

CBS SUNDAY MORNING is broadcast Sundays (9:00-10:30 AM, ET) on the CBS Television Network. Rand Morrison is the executive producer.