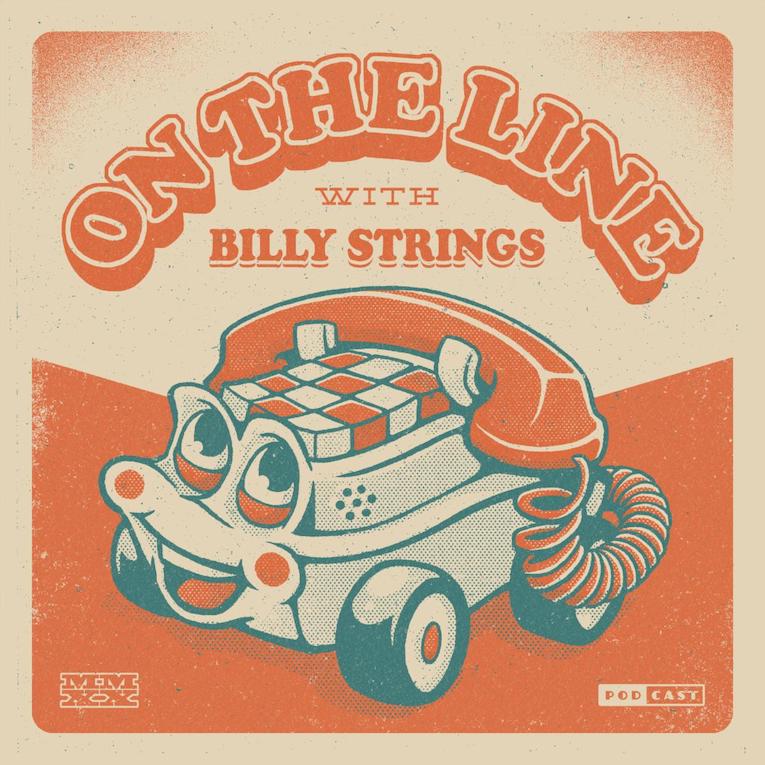 FIRST THREE EPISODES TO BE RELEASED MONDAY, MAY 25

Acclaimed bluegrass guitarist Billy Strings invites his fans to listen in on his conversations.

On The Line with Billy Strings is a “fly on the wall” invitation to chats between Billy and his friends. From musicians and actors, tattooists and mechanics, to music industry insiders and even his mom. OTL w/ BS will feature myriad guests talking about any-and-everything that comes up.

Billy was inspired to create OTS w/BS after a series of phone calls he had one recent Sunday afternoon. No big-budget productions here – just a man, his phone, and the numbers stored within.

But it’s the live show experience that has been the secret sauce for Billy Strings and his band.

As Pollstar noted in a recent feature, “In 2020, Strings has doubled, tripled or even quadrupled his ticket counts in most markets, while also booking festivals from Bonnaroo to Peach, and continued, “Strings’ out-of-this-world chops have made him a live draw, as have his marathon shows, which typically follow the two-set jam band mold and channel his eclectic musical interests.”

Strings’ music transcends tradition and genre with his high velocity, flat-picking guitar technique and intense, confessional songwriting, and he is reshaping bluegrass into his own exceptional form. He is completely rewiring the aesthetic with elements of punk, country, folk-rock, and genuine psychedelic exploration to fashion something altogether original and all his own.