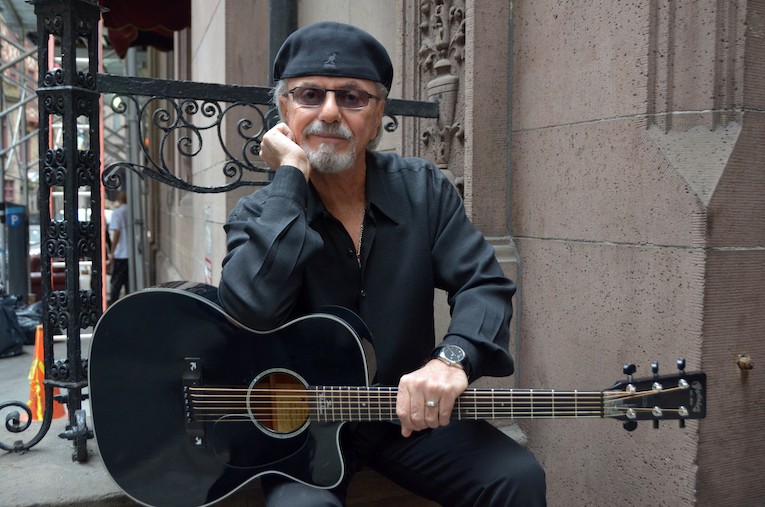 Dion has just released “I Got Nothin’” featuring Van Morrison & Joe Louis Walker, the fourth single from his upcoming album Blues With Friends out Friday June 5tth on KTBA Records.

10% of all profits from Joe Bonamassa’s new record label KTBA Records (aka Keeping The Blues Alive Records) will be donated back to the non-profit for promoting music education to students and schools in need.

Dion says, “You know when you sit down and you want to write a song, but nothing comes to mind? I was having one of those days. So, I went with the feeling and this is what I got. I got nothin’, and nothing is enough! It’s more than enough, actually, when you’re singing it with Van Morrison and Joe Louis Walker completed us perfectly.”

Listen to “I Got Nothin'”

“I Got Nothin’” by Dion feat. Van Morrison and Joe Louis Walker is available for stream and download via https://www.diondimucci.com/streaming/igotnothin.html

As one of the very first generation of rock n’ rollers still pursuing avenues of expression, Dion’s Bronx soul is very much in evidence on Blues With Friends. The blues songs are not covers nor are they covers of blues standards. These compositions are blues originals, destined to become classics in their own right. Dion created the music and lyrics for 12 of them and finished those with co-writer Mike Aquilina. The two exceptions are “Hymn To Him,” which Dion wrote with Bill Tuohy and “Kickin’” Child” written with Buddy Lucas.

Dion said what makes Blues With Friends a project for the ages, “Great songs, great guitarists. What more do you need?”

Blues With Friends is available for pre-order worldwide at https://shop.jbonamassa.com/collections/ktba-records