5 Blues Rock Roots Songs To Lift You Up 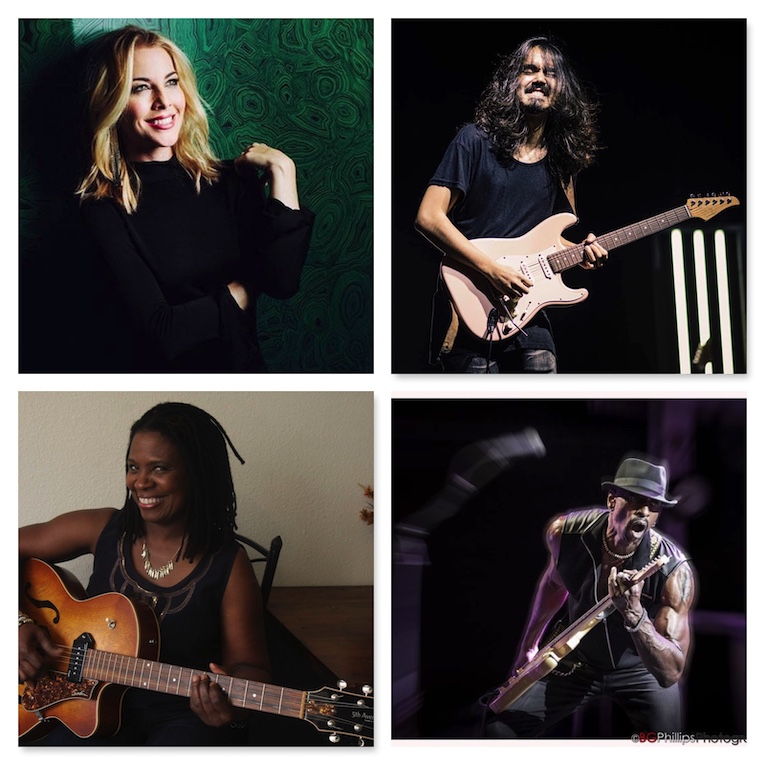 During these troubled times, we all have to find a way to soothe the soul. Music does that and is one of the best ways to ease stress, worry and depression. I usually turn to music when I’m facing a number of challenges and when good music, especially good musicianship, comes my way, it lifts my mood like nothing else.

Here is some blues, rock and roots music by extraordinary artists to lift your spirits. Each in their own right, these artists are outstanding whether they are guitarists, or singer-songwriter/guitarists or singer-songwriter multi-instrumentalists. Hopefully, this selection of songs will do for you what it does for me. There may even be an artist or two in this list that you didn’t know about and we all know the thrill of discovering new music by a great artist. Dive in. Enjoy. Take care of yourselves.

Mateus Asanto
Mateus is a guitarist from Campo Grande, Brazil, who now lives in Los Angeles. In 2013, he attended the Musicians Institute and his career began when the music industry discovered him on his Instagram profile. In 2019, Guitar Magazine named him one of the 50 Most Exciting Young Guitarists in the World. Mateus won the Brazilian Guitar contest “Double Vision” in 2014 when he was just 16 yrs old.
At the 2020 NAMM Show, Suhr Guitars revealed a new Mateus Asanto signature guitar.
Website

Dennis Jones
Originally from Baltimore, MD, Dennis Jones, guitarist, singer-songwriter, offers a potent mix of urban blues and rock-infused blues. He played guitar for the Zac Harmon Band before forming his own group in the 90’s. A sizzling hot guitar player and smooth soulful vocalist, Jones is known for his high energy live performances. He’s released 5 original blues/rock CDs and a live CD. His band includes Raymond Johnson and Cornelius Mims. Dennis Jones has opened for Johnny Winter, Buddy Guy and the Experience Hendrix Tour and performs at major blues festivals all over the world.
Website

Morgan James
From Boise, ID, Morgan James is a singer/songwriter who is so outstanding that just listening brings a true appreciation for her gift. A classically trained vocalist from The Juilliard School and mentored by Motown founder Berry Gordy Jr., James has three studio albums to her name and two cover albums. Struggling to find work after college, James performed on Broadway in a number of hit musicals including the staring role of Teena Marie in Motown: The Musical. In 2013, James left the cast to pursue her solo career. Her latest release, Memphis Magnetic was co-written and co-produced by James and her husband Doug Wamble.
Website

Kirk Fletcher
Widely considered one of the best blues guitarists in the world, Kirk Fletcher has earned the respect of critics, peers and fans across the globe. He is a four-time Blues Music Award and 2015 British Blues Award nominee. As lead guitarist for The Fabulous Thunderbirds for four years, he has also performed with a variety of well-known artists including Joe Bonamassa, The Mannish Boys, Charlie Musselwhite, Cyndi Lauper, Michelle Branch, Doyle Bramhall and collaborated with blues greats such as Pinetop Perkins, James Cotton, Hubert Sumlin, and Robben Ford.

Fletcher is a unique and dynamic guitar player, singer-songwriter, who blends contemporary blues, soul, gospel, rock, and jazz. His latest album, Hold On, was nominated in 2019 for a Blues Music Award. With five solo studio albums to his name, Fletcher has also played guitar on so many other artists’ albums, there are too many to list here.
Website

Ruthie Foster
From Gause, TX, singer-songwriter/guitarist Ruthie Foster is an outstanding and soulful singer, multiple Grammy nominee, and multiple Blues Music Award winner whose music is a mix of blues, gospel, soul, rock and folk. Ruthie has performed with the Allman Brothers Band, toured with the Blind Boys of Alabama and Warren Haynes. She performed at the Texas State Society of Washington D.C’s Presidential Inauguration Ball of 2013. With 10 albums to her name, her CD Joy Comes Back (2017) included collaborations with Derek Trucks. She participated in a benefit concert with Bonnie Raitt, Willie Nelson, Paul Simon and James Taylor. Ruthie has also performed at Carnegie Hall in February of 2018. Her latest release is Live At The Paramount (2020)
Website