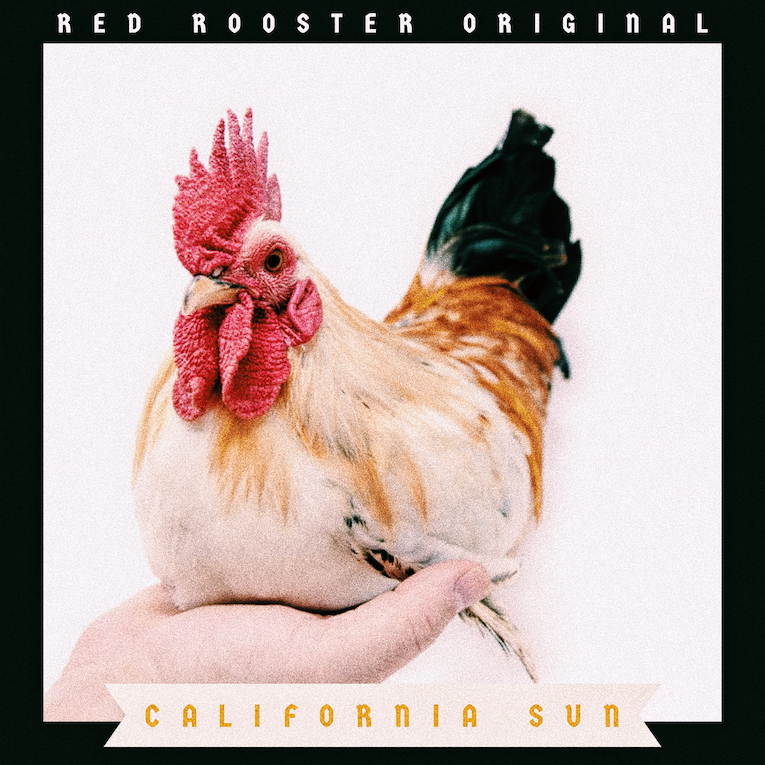 Red Rooster Original is a five-piece rock band from Mexico with a fiery debut album, California Sun, that came out digitally on April 20th, 2020 and will be released on physical formats in September. The group tracked 13 original songs in just two days at Signature Sound Studio in San Diego, California with producer Jose Antonio Dabdoub, laying everything down live just like onstage. The sound is a gut-punching mix of hard rock, blues, and punk/garage that’s urgent and immediate. The Rooster does a fine job of making the base elements of rock and roll fresh and relevant again, channeling the spirits of Led Zeppelin, Black Sabbath, Chuck Berry, The Ramones, The New York Dolls, and Muddy Waters into new rock songs that hit the same mark as those old masters.

It becomes obvious very quickly that Red Rooster Original is a band on a mission. Band members Angel Yanez (lead vocals, guitar), Oscar Burgos (drums), Caesar Sanmiguel (lead guitar), Rodrigo Iga (bass), and Felizardo Amparano (rhythm guitar) all share a deep love of rock and roll music and want to bring the genre and its lifestyle back to Mexico and the world at large. The five launched their career the old-fashioned way by throwing down powerful shows in tiny venues and word of their prowess started to spread. Soon, Red Rooster Original was opening for major artists including Alice Cooper, Def Leppard, Tesla, Ritchie Kotzen, and Buckcherry as well as doing their own gigs at important clubs in Mexico City and Monterrey like Cafe Iguana, Caradura, and Nodriza. It was plain to see that the group had a bright future and would continue to grow.

California Sun opens with the fierce rock of “The Anarchist,” an impressive bit of Guns N’ Roses-inspired Hollywood blues/metal that immediately lights the album’s fuse. The track delivers incendiary political rhetoric over a hard uptempo groove and slashing guitars. The main riff is tough as bloody knuckles and invokes rock’s long-standing relationship with risk and danger. The energy and angst are genuine, believable, and will blow your mind.

“You Make Me Feel This Way” is a more melodic song that shows traces of 70s punk and the sleaze/glam of The New York Dolls. It’s a crunchy mid-speed nugget about love, lust, and rock and roll built on a heavy mid-speed beat that longs for a packed, sweaty club and a late-night set. You really get the sense of the band playing live together in a room to the point where you can almost smell the spilled beer. The title cut, “California Sun,” features some deliciously gritty tremolo-soaked rhythm guitar and an edgy psychedelia that would make Jim Morrison take notice. Angel Yanez is a mighty lead singer with zero fear and he expands all over the wide-open platform the other four players create for him.

“Sound In The City” is all pocket and vibe, pulling back the musical dynamics without sacrificing any of RRO’s fervor. Guitars, vocals, and hand percussion hauntingly intertwine to make this chilled-out chant anthem fly high. Again, the live approach makes the miracle happen and the soul appear. “Slow Down Faster” is a heavy garage/blues cut that stands on a wall of distorted guitars topped with strident vocals. It’s a solid rocker that does everything right. Red Rooster Original is an amazing band for passionate rock fans to discover and obsess over because it understands the truth of rock and roll the same way they do. Three chords, an attitude, and something to say are all you need. Let’s hope this one breaks big.