Frank Bey, The Southern Gentleman of the Blues, Dies at 74 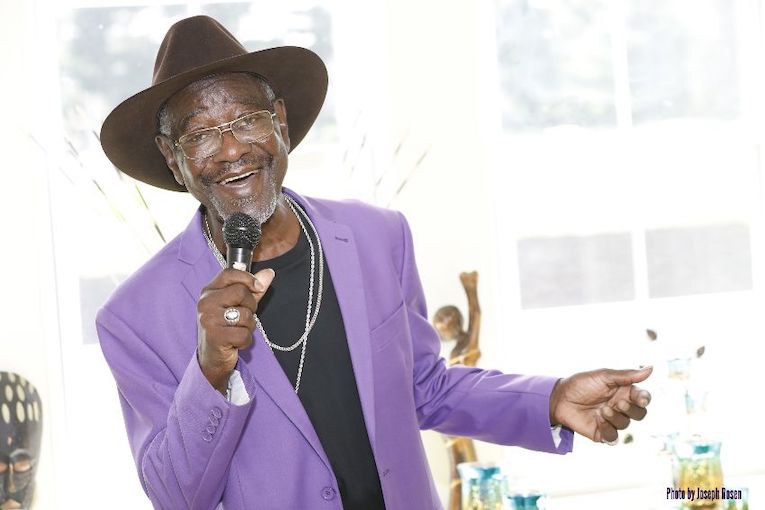 The Blues world las lost an important and beloved voice. The Southern Gentleman of the Blues, Frank Bey died at his home on June 7, 2020, where he had been under hospice care since June 4. He was 74.

Born on January 17, 1946 in Millen, GA, Frank began his singing career at age four. The following seventy years of his life would be filled with exciting musical opportunities as well as devastating personal and professional disappointments. Quiet dignity and determination were his faithful guides through it all.

Bey’s rich baritone voice is heard on seven albums; Steppin’ Out (Mag Records), Blues In The Pocket (Jeffhouse Records), Back in Business and All My Dues Are Paid (both on Nola Records.) In addition his records with Anthony Paule, You Don’t Know Nothing (Live) , Soul For Your Blues and Not Goin’ Away (all on Blue Dot Records.)

In recent years, Tom and Kathy Dwyer were inspired to film a documentary of Frank’s life, Frank Bey: You’re Going To Miss Me, which is currently in post-production pending the acquisition of additional funding. The Dwyers’ loving care, respect and guidance were an immeasurable gift in the life of Frank Bey and his wife, Toni. The historic preservation and documentation of the man, his music and his message for the world is a gift to us all.

A six-time Blues Music Award nominee, Frank also received two Independent Music Award nominations, and a gold Global Music Award. Known for his extraordinarily powerful rendition of John Lennon’s “Imagine,” Frank consistently inspired audiences with his delivery of a message that is as critical today as the day it was released.