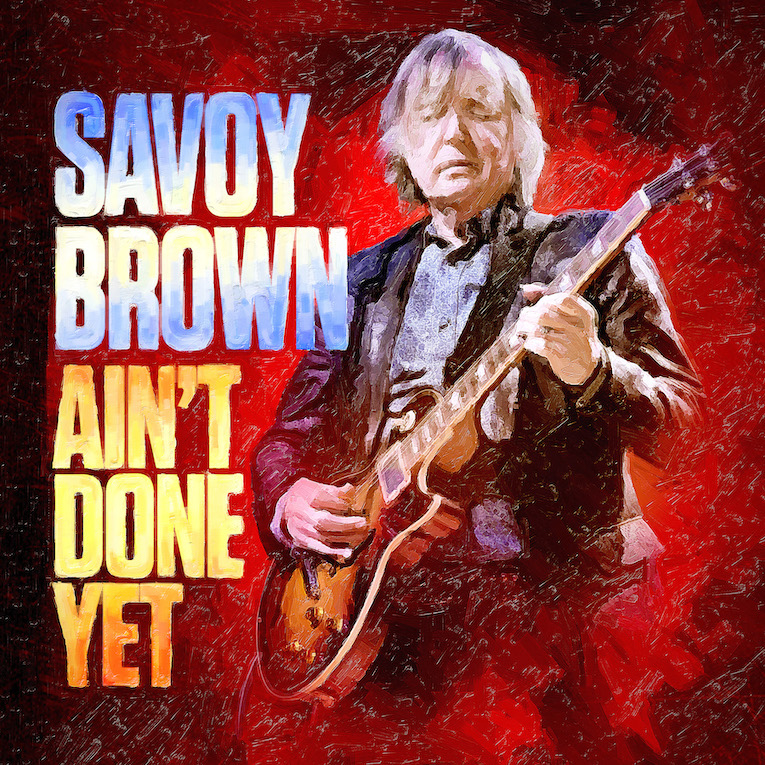 Bruce Quarto, QVR founder and CEO said, “Quarto Valley Records is honored to continue working with Savoy Brown on this second QVR release, Ain’t Done Yet, which is now one of my all-time favorites. It’s full of great energy that is the trademark of all their blues-rock music, and everyone who hears it will immediately agree that Savoy Brown ain’t nowhere near done yet.”

“The new album is a continuance of the approach I’ve been taking with the band this past decade,” says guitarist/singer/songwriter Kim Simmonds, who formed the band in 1965 in London, England, and is one of the longest running blues/rock bands in existence. “The big difference with the new album is the multi-layer approach I took to recording the guitar parts. It’s all blues-based rock music. I try to find new and progressive ways to write and play the music I’ve loved since I was a young teenager.”

Simmonds has been the group’s guiding hand from the first singles released in 1966 through this newest effort, Savoy Brown’s 41st album release. On the new record, Simmonds (guitar harmonica and vocals) is once again joined by his long-running bandmates Pat DeSalvo (bass) and Garnet Grimm (drums).

“I recorded Ain’t Done Yet at Showplace Studios in New Jersey, where I’ve recorded many times before,” Simmonds affirms. “Owner/engineer Ben Elliott passed away shortly after the recording and I’ve dedicated the album to him.”

Energetic blues has been the calling card of the band from the beginning, but Simmonds infuses the 10 tracks on Ain’t Done Yet with a new spirit and vitality – plus some serious guitar chops – in a variety of styles and roots sounds that transcend the blues-rock idiom. “I emphasized song content on the new album, yet I left plenty of room for band improvisation,” he admits. “For instance, there are two acoustic-based songs and also two six-minute songs where I’m able to stretch out on guitar solos.”

Ain’t Done Yet kicks-off in high gear with the album’s first radio focus track, “All Gone Wrong.” “I’ve always liked “All Gone Wrong,” and it’s one of my favorites on the album,” declares Simmonds.

Savoy Brown will support the release of Ain’t Done Yet with a late summer tour that extends through 2021. 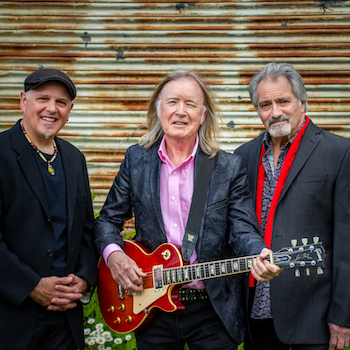 About Savoy Brown
Blues-rock became the catch-all phrase in the late 1960s to describe the band’s musical genre along with that of contemporaries such as Cream, John Mayall and Jimi Hendrix.
In fact, in the 2013 drama film Jimi: All Is By My Side, a Savoy Brown song written by Simmonds, “Train To Nowhere,” was included in the soundtrack.

Many of Savoy Brown’s singles and albums have appeared on the Billboard Hot Hundred charts, including songs such as “I’m Tired” and “Tell Mama,” as well as albums such as Hellbound Train and Street Corner Talking. In 2017, the band’s Witchy Feelin’ album reached #1 on the Billboard Blues Chart.

Savoy Brown established national status in the 1970s headlining iconic stages such as Carnegie Hall, The Academy of Music and the Fillmore East and West.

And as the title of their new CD attests, Savoy Brown and Kim Simmonds Ain’t Done Yet. “I still have plenty of energy and I have never stopped enjoying entertaining a crowd and giving people inspiration,” he avows.

Savoy Brown and Kim Simmonds have a body of work that is matched by only a small portion of musical artists. As they continue to tour the world, young and old find inspiration in their energy, timeless music, classic style and ageless performances.

All songs written by Kim Simmonds and published by Savoy Brown Music, BMI, administered by Records On The Wall