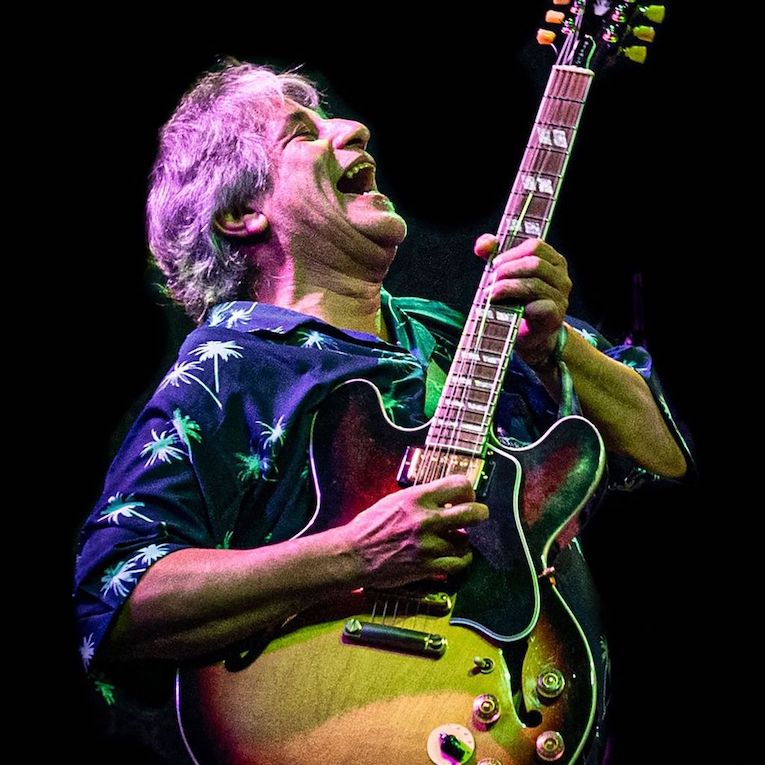 Alligator Records is pleased to announce the signing of world-renowned blues guitarist, vocalist and songwriter Chris Cain. His label debut, Raisin’ Cain, should be released later this year or early in 2021, depending on market conditions. The album — produced and recorded by Kid Andersen at San Jose’s Greaseland Studio — will feature twelve original songs. According to Cain, “They are the best pack of tunes I’ve ever written.”

With more than three decades of worldwide touring and fourteen acclaimed previous albums, Cain has earned his reputation as both a fan favorite and a musician’s musician. Since his first release in 1987, he has created his very own blues sound inspired by his heroes – B.B. King, Albert King, Ray Charles, Albert Collins, Grant Green and Wes Montgomery. His jazz-informed blues guitar playing is fiery, emotional and always unpredictable. His vocals – gruff, lived-in and powerful – add fuel to the fire. His indelible original songs keep one foot in the blues tradition and both eyes on the future. The pure joy Cain brings to his playing and singing is palpable, and draws fans even closer in.

Both the media and his fellow musicians rave about Cain. Guitar Player said, “Cain is an impressive, top-notch guitarist. His full-bodied tone and big voice pack a punch that had me reeling.” Guitar icon Robben Ford said, “Chris Cain is for real. He’s a great blues player with an intensity that keeps you on the edge of your seat, wondering what he’s going to do next. Plus he knows how to write a song you haven’t heard before, full of humor and insight. If you like the blues, you’ll like Chris Cain. I am a stone fan.”

Joining Alligator Records is a dream come true for Cain, who grew up idolizing label giants like Hound Dog Taylor and Son Seals. “Alligator cares so much about the music and the artists,” Cain says. “I’m really excited to be a part of it.”

Similarly, label president Bruce Iglauer is thrilled to welcome Cain into the Alligator family. “Chris Cain is a brilliant and soulful blues guitarist, vocalist and songwriter — and a terrific keyboard and sax player too. He’s won devoted fans around the world on top of being a true musician’s musician. He is spoken of with awe by his fellow bluesmen. Chris has cut fourteen terrific previous albums, but none is more exciting than Raisin’ Cain. We’re looking forward to bringing Chris’ music to a wider audience than ever before.”

Chris Cain is a hot-shot guitarist and a singer with the maturity of blues masters like Bobby Bland and B.B. King.—The Washington Post

Chris Cain? Now that boy can PLAY the guitar!—B.B. King

Hands down my favorite blues player on the scene today. He’s an absolute blinder of a guitarist, with the voice of B.B. King and the chops of Albert King.—Joe Bonamassa

Chris Cain was born in San Jose, California in 1955. His parents were huge music fans and shared their love of blues, jazz and popular music with Chris. His African American father and Greek mother both loved music and had a huge record collection. His father first took Chris to see B.B. King when Chris was three, and, says Cain, “we never missed another show.” Thanks to his parents’ musical passion, young Chris saw almost every blues, jazz and rock artist that came through town, many of them repeatedly — James Brown, Albert King, Johnny Winter, Jimi Hendrix, even The Beatles. He picked up his first guitar at age eight and learned lick after lick, song after song. He listened to his father’s records over and over until the music had seeped into his soul.

Cain formed his first band in 1986, and released his first album in 1987, Late Night City Blues, on the locally-based Blue Rock’It label. Almost immediately, booking agents came calling. Incredibly, he was touring Europe even before he started barnstorming the U.S. The album received four W.C Handy Award nominations (now the Blues Music Awards) and the offers to perform kept rolling in. He even opened for his heroes Albert King and Albert Collins, who both asked Chris to jam on stage. The more Cain toured and recorded, the greater his reputation grew. His releases include four albums on Blue Rock’It and three on Blind Pig Records, and his live performances number in the thousands.

With his Alligator Records debut album, Raisin’ Cain, Chris Cain says he is at a new point in his career. “I’m playing and writing better than ever before. I can say more with less,” he says, referring to his dynamic guitar playing and superb songwriting. “I’m as much a fan as a musician,” Cain says. “And I’m as excited to be making music today as I was when I was a teenager. More than ever before, I just play what I feel.”