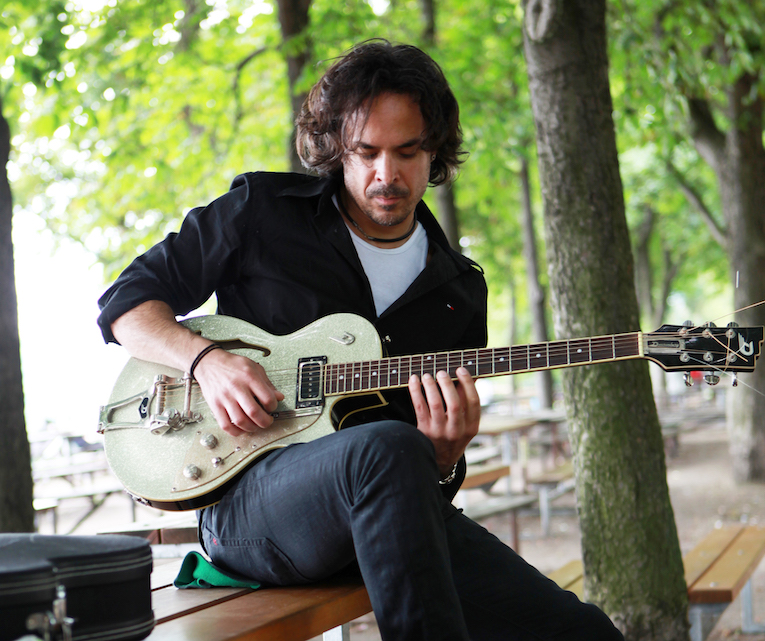 “Great songs and stellar playing. Interesting production and mixing ideas too, making it all a fun musical ride.” – Joe Satriani

Geoff is getting back to his guitar-hero roots with a cutting-edge guitar instrumental album with sounds ranging from blistering rhythm and solo performances, to production vibes that range from heavy rock, to 1980’s Brit-pop.

At 13 years old, Geoff started studying guitar with Joe Satriani, and refined his skills jamming with high school mates Alex Skolnick, Charlie Hunter, Jude Gold, and Joshua Redmond. Geoff is one of two students Satriani has said ‘Graduated’ from his lessons (the other being Steve Vai.) During one of his last lessons, Joe gave him a cassette of his then unreleased album “Surfing With The Alien” and Geoff knew Joe wouldn’t be teaching much longer.

“Guitar was my first love,” reflects Geoff. “I first met Joe Satriani when I was 13 and he
helped to develop my passion for playing guitar. I soon became one of his favourite students, along side Alex Skolnick, Steve Vai, Kirk Hammet and Charlie Hunter.”

“Satriani and I met weekly for about 2 ½ years, and he became my mentor and inspiration, always challenging me to do something unique and personal. It’s a lesson I have applied to all aspects of my musical endeavors. Over time, as popular music trends changed, I evolved into a singer-songwriter, recording engineer, producer, and recording studio entrepreneur.”

“After much encouragement from Satriani and fans, I decided to finally do this instrumental guitar album. Guitar music has changed over the years, so I did a lot of internet research. Wow, there is so much talent in the world today! I knew I had to create something that encompassed my experience and skills.”

Listen to “Six Weeks of Tina”

The album will also be available to pre-save and stream on Spotify, iTunes, Apple Music and Google Play via https://smarturl.it/GTDrinksWithInfinity.

“For my main instrument, I experimented with a variety of guitar brands, pickups, necks, and wood types. I eventually chose something that was definitely not a shredder guitar, but rather a hybrid that was a bit difficult to play. You can hear me struggling with the instrument on the recordings which I feel gives it a feeling of intensity. The rediscovery of the instrument was cathartic, and a big part of the artistic process.”

“I partnered with the great Czech drummer Eduard Štěpánek (Dymytry, Abraxas) and recorded it at home and at various Prague recording studios. Recording and producing it on my own gave me the freedom to experiment and get really wild with things.”

Geoff recorded and toured with T-Ride until 1994, with music videos featured on MTV. Songs from the album also featured in various movies and television shows including Luxury Cruiser in the soundtrack of 1992’s Encino Man, Zombies from Hell in the movie Captain Ron and Bone Down in an episode of Baywatch. T-Ride toured the world with Ugly Kidd Joe, Joe Satriani, White Zombie, Tora Tora and Asphalt Ballet.

Tyson recorded with Snake River Conspiracy who’s debut album was released on Reprise Records in 1999, and toured with Filter, Monster Magnet, Queens of The Stone Age and A Perfect Circle.

In 2003, Tyson created the band Stimulator with singer Susan Hyatt, and signed a record deal with Universal Music in 2005. Stimulator had songs featured in the Walt Disney Movie “Ella Enchanted”, MTV’s “The Real World”. Stimulator toured the world with Duran Duran, The Go-Go’s, and featured on Van’s Warped Tour. 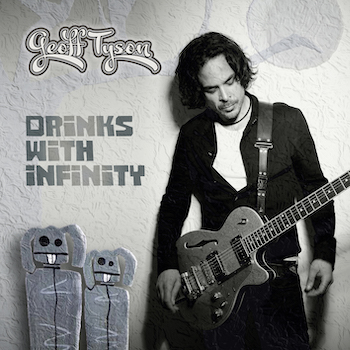 The album will also be available to pre-save and stream on Spotify, iTunes, Apple Music and Google Play