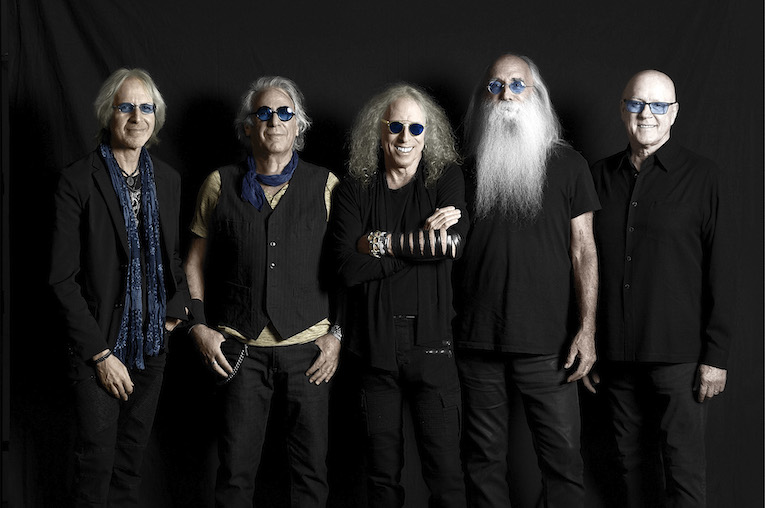 Quarto Valley Records recording artists The Immediate Family, a rock & roll band composed of longtime friends and legendary musicians Danny Kortchmar (guitar and vocals), Waddy Wachtel (guitar and vocals), Leland Sklar (bass), Russ Kunkel (drums) and Steve Postell (guitar and vocals), are making their return to live performance for the first time since the beginning of the COVID-19 crisis with live-streamed events on June 26 and 27. These performances come closely on the heels of the release of the band’s first single “Cruel Twist,” which has racked up tens of thousands of views on YouTube and has been very well received by critics and fans alike.

On Friday, June 26, the band will perform a live-streamed concert at the Coach House in San Juan Capistrano, CA, with no in-house audience. Fans can sign up for a virtual ticket (for FREE!) on the day of the show at http://alerttheglobe.com (the show will be prominently displayed on the home page). The band will hit the stage promptly at 6:30 p.m. PDT and will perform “Cruel Twist” and several hits from the past, along with a few new surprises!

“This will be our first time performing together since COVID-19 nearly wiped out live music! My brothers in the band couldn’t be more thrilled to be back together again on one stage playing for the fans. Unfortunately, it’s still not safe for a crowd to join us in person, but that’s why we’re live-streaming the show for everyone who wants to be a part of it,” stated Danny Kortchmar.

The following day, on Saturday, June 27, Sweetwater Virtual GearFest will feature a stream of the band in a performance workshop recorded earlier. They will play three songs with commentary on the creation of each song. Visit https://www.sweetwater.com/gearfest/ for more information.

Additionally, the band will be releasing an EP later this year, and production continues on the group’s upcoming documentary The Immediate Family, filmmaker Denny Tedesco’s exploration of the band’s rich history.