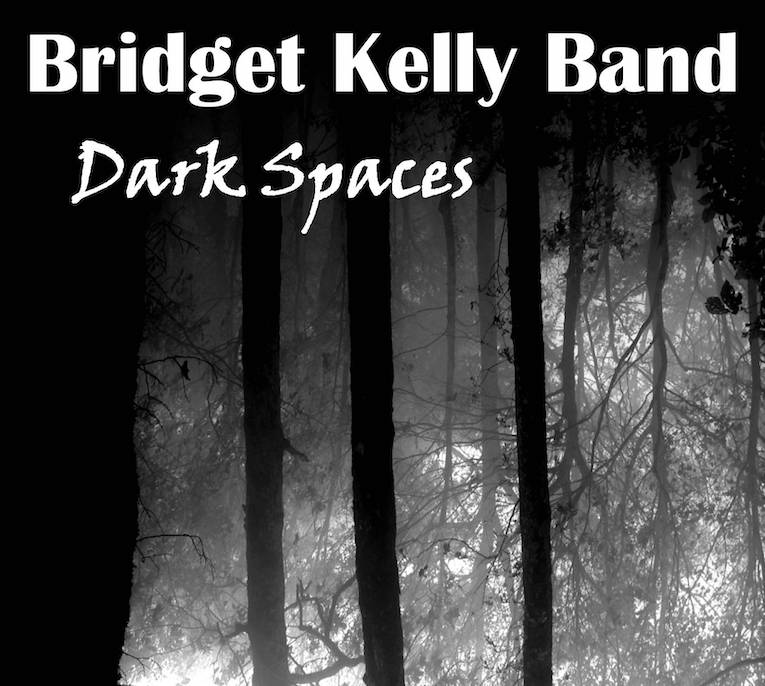 The Bridget Kelly Band is back in action with its eagerly-awaited sixth record Dark Spaces, thanks to Alpha Sun Records. The BKB has made the semifinals in the ultra-competitive International Blues Challenge twice and gone all the way to the top of the Roots Music Report’s Electric Blues chart. Bridget Kelly is the vocal focus and shows herself to be a multifaceted singer with her own ideas about how to perform roots music. She delves into both vintage and contemporary blues styles in depth on Dark Spaces and also delivers lyrics of substance with relevant messages. Her partner in crime is guitarist/producer/songwriter Tim Fik, who brings the instrumental firepower to these tracks that he also co-wrote and produced. Together, they’re a formidable creative force well able to make you groove and think at the same time.

Dark Spaces is a chic, forward-thinking record with a strong identity. It delivers 13 brand new original songs by Kelly and Fik, never leaning on the songbook of blues music’s storied past. The tracks freely mix blues, pop, and Southern Rock ideas together and explore the interior experiences of the mind, body, and human condition. They’re timely, emotive, moving, and provocative, rendered in a crystal-clear production style, and speak to all of us living it in 2020. Bridget and Tim take us through isolation, loneliness, hope, and optimism, a journey that perfectly reflects life in the present day.

“Free Me” is the first of the 13 tracks here and tops a strong minor-key shuffle with lyrics about a lost, isolated soul who has realized “there’s no heaven in a 10×10 room.” Kelly runs the story down and Fik drenches the song in wailing, articulate lead guitar. He’s a fine player with a great sense of phrasing and a gorgeous tone. Kelly and Fik compliment each other well and their chemistry is indisputable. “Sky’s The Limit” follows, shifting gears into a heavier funk/rock vibe that’s kinetic and immediate. It’s a modern, riff-driven track that again features a ton of Fik’s sweet guitar work. Bridget lays out hopeful lyrics about the need to break down your own inner walls to achieve your dreams and the optimism is a good thing after the angst-filled song preceding it.

The title track, “Dark Spaces,” is a somber mid-speed cut about those unlit parts of our minds we sometimes don’t like to think about. It has a haunted, desperate spirit to it that connects directly with the frightening, hellhound-on-my-trail aspect of the blues that has fueled many of the genre’s greatest songs. Kelly and Fik both put out a lot of emotion here and it’ll hit you head-on. “Find My Way Back Home” is an upbeat, swampy number that puts the spotlight on Fik’s excellent slide playing. It’s a hand-clapping, rump-shaking dancefloor-filler that comes on easy and natural. It’s as close to a pop song as it gets in roots music and all involved handle it nicely.

“Sometimes You Gotta Dance” gets even more physically involved and is a testament to the catharsis of movement. The band flirts with some more exotic tonalities in certain sections, making it into a World Music-influenced, supremely funky blues, which isn’t something most of us encounter that often. That it works really well is inspirational and encouraging for anyone who likes to push the boundaries of roots music and bring in new sounds and ideas. There are a lot of great songs on Dark Spaces so be sure to make it to “Back Seat Love” and “Southern Wind.” The Bridget Kelly Band comes across long and strong on this new set and brings something new to the music we love.