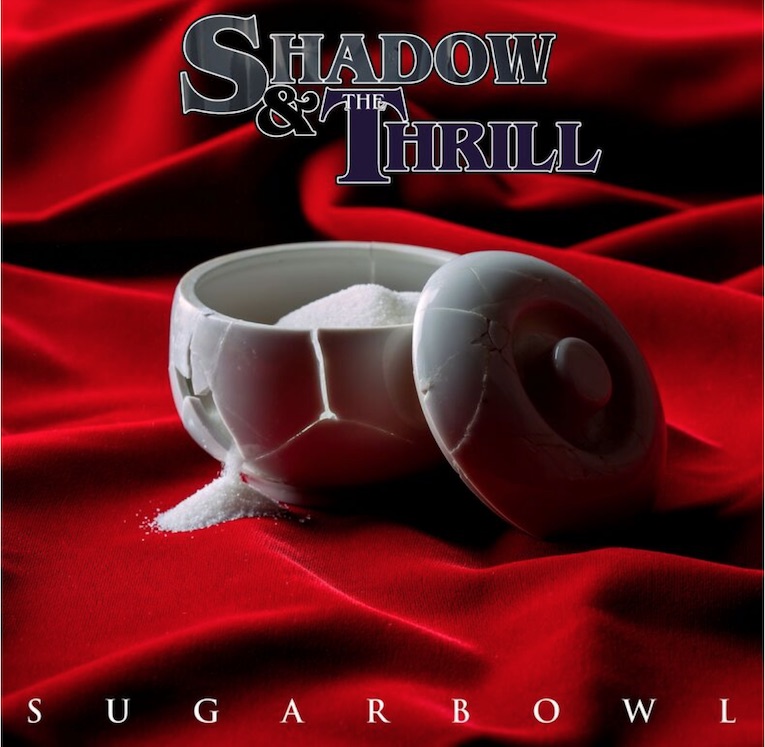 Sugarbowl, the debut album by Shadow & The Thrill will be released August 14 via Deko Entertainment (ADA/Warner Music Group). The band is currently riding high off the success of two tracks that have netted the band 75,000+ Spotify spins and videos that have hit the 100,000 mark via YouTube, Facebook, IG and Vimeo. Fans of Aerosmith, Rival Sons, Dirty Honey, Chris Cornell and guitar legend Gary Moore will gravitate to Shadow & The Thrill’s use of Blues, Rock and emotionally driven arrangements.

Shadow & The Thrill’s future is largely dictated by the past of the two men behind the band. Tony, as a Grammy Nominated (Great White), certified multi-platinum, Billboard charting writer and musician, and Brentt (Fiona Apple, LIVE, Bullet Boys, Black Molly’s) as a tireless and sought after touring and session drummer and producer. Together they have created an album experience that rivals their iconic Rock and Pop influences.

Recorded in New Orleans, the band embraced the city’s influences to help guide its flavor, with the majority of the production handled by both Tony Cardenas-Montana (guitars, vocals, bass and harmonica) and Brentt Arcement (drums, B3 organ), with Jack Miele and Cedrick Courtois engineering the album, and the iconic Grammy award winning Sylvia Massey (Johnny Cash) overseeing the mix. The album mixes the moody and melodic “Sugarbowl” with rockers like “Just Enough” and the acoustic “Ready To Roll” while a heavy Blues take on the groundbreaking Gnarls Barkley’s track “Crazy” will cement the band’s wide-ranging abilities.

The first single “Just Enough” just released, takes a rolling Blues Rock riff and pairs it with soaring vocal harmonies and a super charged guitar solo. It’s an extraordinary time in the world, so it’s the right time for this extraordinary new act to enter our lives.

Tony states, “’Just Enough’ is one of my favorite songs to play live. It’s got an aggressive riff and groove, with attitude.”

Shadow & The Thrill will continue live-streaming chats, performances and special engagements until the touring industry re-opens, when the band will find itself taking Sugarbowl on the road.

Fans pre-ordering the entire album will receive a bonus track not available on CD or digital versions of the record, while the LP version will feature an additional bonus track exclusive to the vinyl copy.

There are also autographed bundled items available (while supplies last) which can be ordered via their store link here: https://tinyurl.com/ycy24wzr