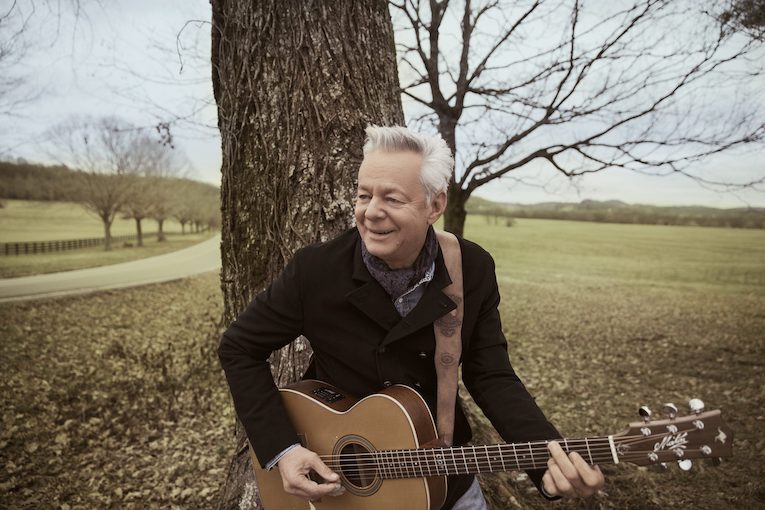 This August, TOMMY EMMANUEL, the acclaimed and Grammy-nominated acoustic guitarist, singer and songwriter, will host two live stream events with a portion of the proceeds benefiting two prominent independent venues in America. “Without some support, we are in danger of losing some of the independent venues that are a part of our culture and our local communities,” says Tommy.

For both events, TOMMY will be performing live from Tunesmith Studio outside of Nashville.

TOMMY EMMANUEL: “Without some support, we are in danger of losing some of the independent venues that are a part of our culture and our local communities. Most people don’t realize how many people the touring industry supports. It’s so much more than an artist onstage. In the venues alone, there are stagehands, security guards, concession staff, box office staff, ushers, runners, medical staff, merchandise sellers, custodial staff, and much more. There’s also the artist’s agent, manager, and crew who are not really seeing much income right now either. When this pandemic started, music venues were one of the first to close, and they will most likely be one of the last to reopen. When we do get back to touring, I want to make sure some of these places are still around for me to play, so I’ve tried to figure out a way to help these independent venues, especially the ones that have supported me throughout the years. We also wanted to create some sort of normality to the industry right now. That’s why we are going to have opening acts on these live streams and that I’m going to pay my team just like any other show. It takes a team to make it all happen, and it’s going to take a whole lot of teamwork and community support to get through this pandemic. I hope other artists can help whoever needs it in their own respective communities.”

Michael Jaworek of The Birchmere: “The Birchmere is honored to be the first venue to have Tommy Emmanuel do a streaming concert for us. Tommy has been one of our favorite and most valued artists to perform at the club in its 54-year existence. Tommy’s musical prowess as performer and composer is only exceeded by his kind and generous spirit. He brings that to our stage and audiences, every time he is here. Though we may not be together in body for this special show, we are certainly together again in spirit; now and for the future.”

Gary Folgner (founder and owner for past 40 years) of The Coach House: “We love having Tommy Emmanuel at The Coach House. Until the next time that will be, we are excited to announce he is performing from home to fans everywhere. In these unprecedented times it’s comforting to have a friend like Tommy who’s using his time and talent to help support our venue.”

Brian Jonas with High Road Touring: “Tommy Emmanuel is the epitome of the working musician. He has built an incredible touring career by not only creating lasting relationships with his fans but also all the promoters and venues who have supported him over the years. Tommy is always thinking big picture. It comes as no surprise to me that he understands and values the role that independent venues play in the live music ecosystem and how important they are not only to his own touring career but to the communities they exist in as a whole.”

ABOUT TOMMY EMMANUEL:
Tommy Emmanuel has achieved enough musical milestones to satisfy several lifetimes. At the age of six, he was touring regional Australia with his family band. By 30, he was a rock n’ roll lead guitarist burning up stadiums in Europe. At 44, he became one of five people ever named a Certified Guitar Player by his idol, music icon Chet Atkins. Today, he plays hundreds of sold-out shows every year from Nashville to Sydney to London. He’s piled up numerous accolades, including two Grammy Award nominations, two ARIA Awards from the Australian Recording Industry Association (the Aussie equivalent of the Recording Academy); repeated honors in the Guitar Player magazine reader’s poll including a cover story for their August 2017 issue; a cover feature for Vintage Guitar’s July 2020 issue; and was Music Radar’s reader’s poll #1 winner of the Ten Best Acoustic Guitarists in The World (December 2019).

A noted fingerstyle guitarist, Tommy Emmanuel frequently threads three different parts simultaneously into his material, operating as a one-man band who handles the melody, the supporting chords and the bass all at once. His talents, which translate in any language, carry him to the far corners of the globe, but Emmanuel never plays the same show twice, and he improvises big chunks of every date. That leaves him open to those technical imperfections, though they also provide some of the humanity to an other-worldly talent. On May 8, 2020, he released a newly recorded career-spanning double album, The Best of TommySongs, via CGP Sounds/Cruzen Street Records).

Watch the album trailer here which focuses on Tommy’s unique ability to tell stories without words.