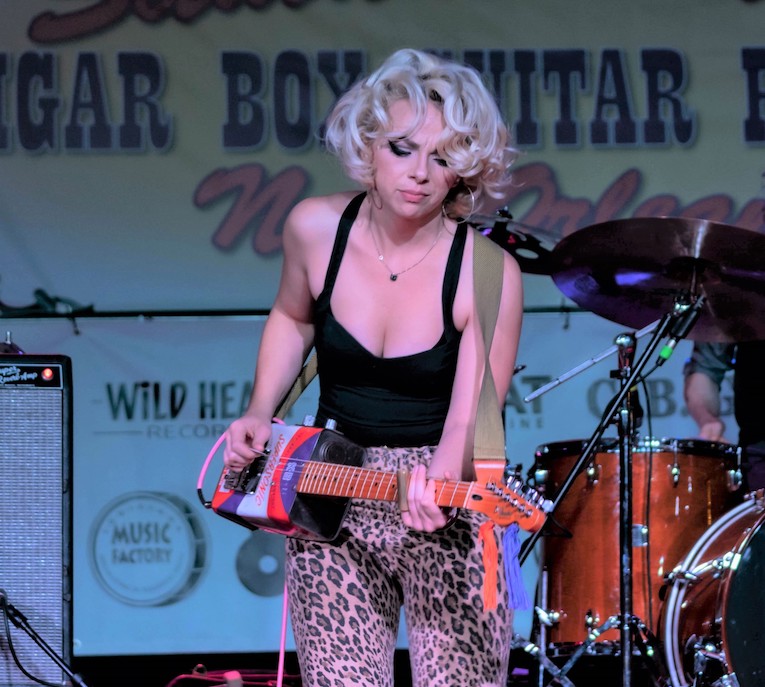 The INTERNATIONAL CiGAR BOX GUITAR VIDEO PLAYOFFS is accepting submissions now through November 30. Videos must be created in accordance with contest guidelines, and must be posted on YouTube for consideration. Essential entry details are available at SamanthaFishCigarBoxGuitarFestival.com

Samantha Fish has added the cigar box guitar to her sets since 2014. This video from her performance at 2019’s New Orleans Cigar Box Guitar Festival has garnered more than a million views.

A combination of selection by an expert panel and voting by a viewing audience will determine the first, second, and third place winners, who will be announced on January 16 at the Festival. The contest also includes a Junior Champion award for participants 15 and under.

“Samantha, C. B. Gitty, and the entire Cigar Box Guitar Festival team are extremely excited to launch the Playoffs, and we’re looking forward to viewing the entries from CBG players everywhere. So, look at the guidelines on the website and make a video!”
– Festival Co-Producer Paige Davis

The cash prizes are being provided by C. B. Gitty Crafter Supply, the event’s primary sponsor. Bonus prizes will also be awarded to each winner. The Second Annual Samantha Fish Cigar Box Guitar Festival – New Orleans takes place January 13- January 16, 2021. Details will be regularly updated on the website.

About
Cigar Box Guitar” is a phrase broadly descriptive of unique, homemade stringed instruments created from found objects. Historically, these musical devices have existed due to a lack of access to commercial products, and were present during the birth and early development of most, if not all, of the American music traditions. Modern interest in Cigar Box Guitars centers on the uniqueness and authenticity of the sound and the rich personal connection with a well-crafted, one-of-a-kind creation.