Video of the Week: ‘Crossroads Blues’ by Adam Gussow 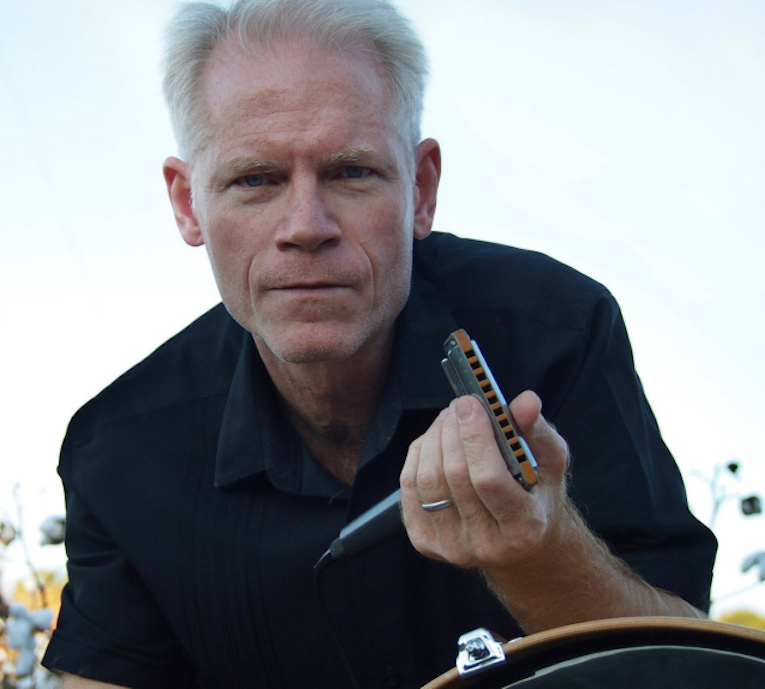 Our Video of the Week is “Crossroads Blues” by ace blues harmonica player and singer, Adam Gussow. Gussow’s performance and outstanding skills on harmonica and vocals, made this an obvious choice. This is superb musicianship by a one-man-band with Gussow singing, playing harmonica, stomping on a foot drum and tambourine pedal. A riveting video to watch. See below.

According to his bio, Adam Gussow was one of the first amplified blues harp players to make overblows a key element of his stylistic approach. He adapted Howard Levy’s innovations in the late 80’s in a way that helped pave the way for a new generation of overblow masters such as Jason Ricci and Chris Michalek.

A student of the New York blues harp legend Nat Riddles (1952-1991), Gussow is best known for his long partnership with Mississippi-born guitarist and one-man-band Sterling “Mr. Satan” Magee as the duo Satan and Adam. After working the streets of Harlem from 1986 to 1991, Gussow and Magee duo toured internationally between 1991 and 1998. They toured with Bo Diddley, and opened for Buddy Guy, David “Honeyboy” Edwards, Otis Clay, Johnny Winter, and Jimmy Thackery.

Two of Satan & Adam’s albums Harlem Blues and Mother Mojo were nominated for a W.C. handy Awards. Later albums include Living on the River, Word On the Street: Harlem Recording, Back In The Game, and Throw Down!

Gussow’s first solo album, Kick and Stomp, and his second, Southbound, expands the one-man band sound with the help of Mississippi’s finest session musicians, including bassists Jerry Jemmott and Dave Woolworth, a mix of blues, jazz, and down-home funk.

Currently, Gussow is recording and touring with Mississippi blues veteran Alan Gross in a duo known as the Blues Doctors. Their first album, Roosters Happy Hour, was released in the fall of 2013.

As a professional harmonica teacher, Adam Gussow offers video tutorials at his website, Modern Blues Harmonica. He spent several decades as a blues harmonica instructor at The Guitar Study Center in New York, in private practice and at John Gindick’s Blues Harmonica Jam Camps. He is the creator of Hill Country Harmonica, a two-day intensive that drew more than 100 players from 30 countries to FoxFire Ranch in North Mississippi to study with Billy Branch, Billy Gibson, Johnny Sansone and more.

An associate professor of English and Southern Studies at the University of Mississippi with a specialty in blues literature and culture, Gussow is an award-winning scholar and memoirist and the author of three blues-themed books.

A feature-length documentary about Gussow’s partnership with Magee “Satan & Adam,” directed by award-winning filmmaker V. Scott Balcerek and featuring a cameo by The Edge, is currently available as of April 2020 on Netflix. A must watch on my list!