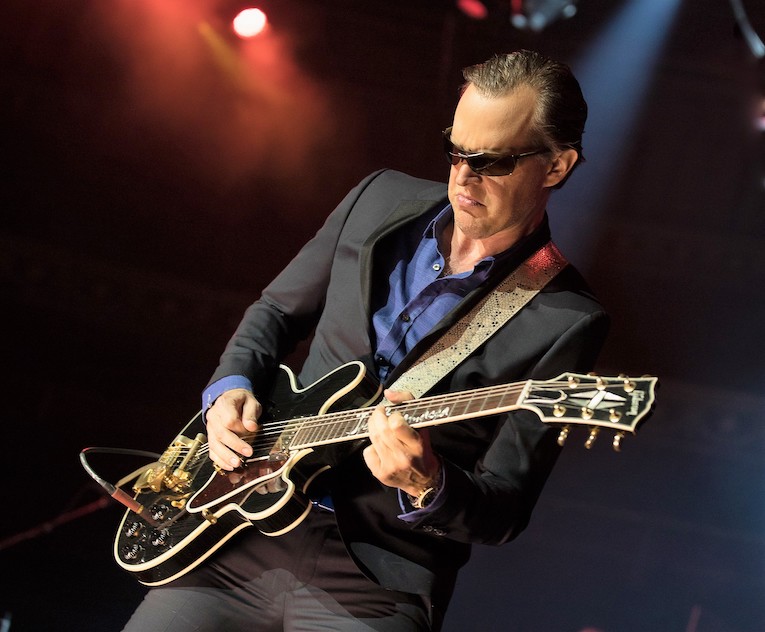 To be Released August 7 via J&R Adventures

Joe Bonamassa shares new video for “Colour And Shape”, from his upcoming album, A New Day Now out August 7 via J&R Adventures.  Bonamassa will release revamped version of his debut album, A New Day Yesterday complete with new vocals and mixing, remastered by long-time producer Kevin Shirley. Today, the blues-rock titan shares his latest single “Colour and Shape,” a rock classic with Bonamassa’s signature style even more evolved on the new edition. Fans can pre-order the album now.

“The reason we went back and remixed it, and re-sang it, and pulled from the original masters was because I never felt like I deserved a guy like Tom Dowd to produce my first album,” Joe explains. “I was an infant as far as being an artist. Tom saw a little pebble in a stream, that could travel down and eventually become this nugget of gold, if you want to call it that, and he had a vision for me that I didn’t see. I appreciate that and I wanted to pay tribute to him as a man who mentored me through that time. I hope you guys enjoy it.”

Kevin Shirley adds, “as time has gone by, Joe’s vocal style, particularly, has changed enormously. He’s grown from an adolescent shouter to a very mature and soulful singer. From early on in our working relationship, Joe has mentioned that he would really like to have another shot at those vocals, and asked that if he did redo them, would I remix his first solo album.”

When A New Day Yesterday was initially released, Chuck Taylor of Billboard was an early supporter, praising Bonamassa as “a bold talent, who rises above narrow radio formatics.” The album includes six original tracks written by Bonamassa, along with six cover songs from historically renowned blues and rock artists. In addition, Shirley notes, “added to this album are three bonus songs which Stevie Van Zandt produced for Joe. They’re a terrific look at where Joe was coming from, what he was looking for and how he has developed over the years.” The bonus tracks are unreleased demos from a 1997 studio session before Joe had any record deals. They have never been heard before and come from a time when Zandt was Bonamassa’s biggest cheerleader in the industry.

Be sure to tune in to Bonamassa on his weekly radio show “Different Shades Of Blue” on Sirius XM’s Bluesville channel, as well as his new at-home series “Live From Nerdville” on Facebook and YouTube. Catch up on recent episodes with Neal Schon of Journey, John Oates of Hall & Oates, Walter Trout, Paul Stanley of Kiss, Mitch Lafon, Keb’ Mo’ and esteemed singer-songwriter Dion. On June 5, Bonamassa released music icon Dion’s critically-acclaimed new album Blues With Friends on he and his Manager Roy Weisman’s new label Keeping The Blues Alive Records and Dion’s first single “Blues Comin’ On” also features Bonamassa on slide guitar.

To keep up with everything Bonamassa, visit jbonamassa.com, and be sure to stay connected on social media.

A NEW DAY NOW TRACK LISTING:
1. Cradle Rock
2. Walk In My Shadow
3. A New Day Yesterday
4. I Know Where I Belong
5. Miss You, Hate You
6. Nuthin’ I Wouldn’t Do (For A Woman Like You)
7. Colour And Shape
8. Headaches To Heartbreaks
9. Trouble Waiting
10. If Heartaches Were Nickels
11. Current Situation
12. Don’t Burn Down That Bridge 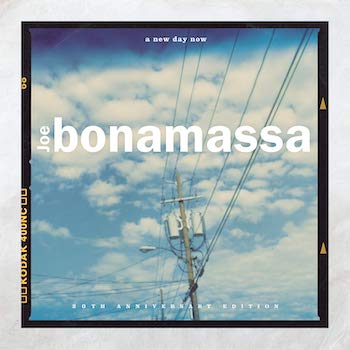