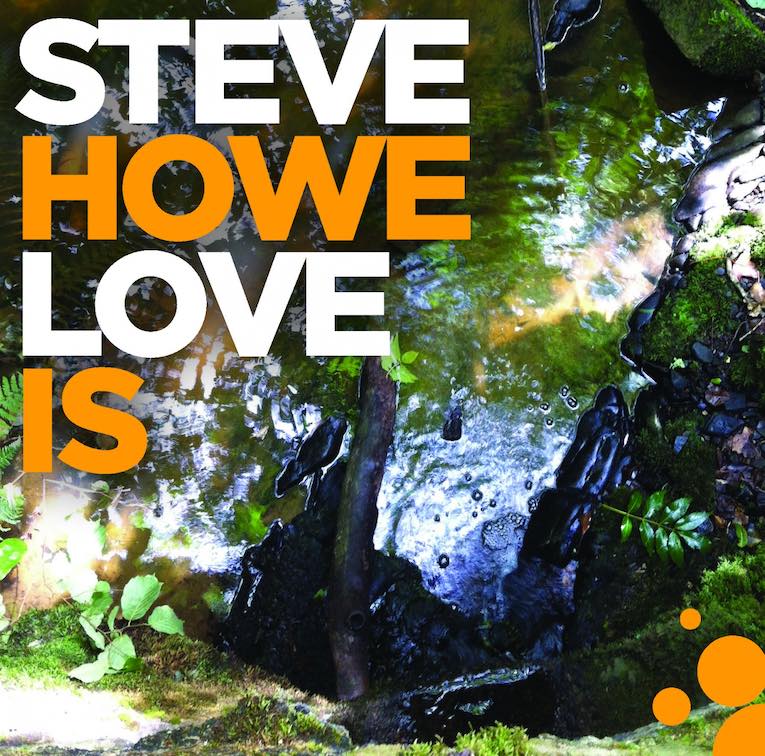 Prog rock guitar hero Steve Howe of Yes fame lets us all know he’s as brilliant as ever with his new solo album Love Is. The set comes out July 31st, 2020 on BMG Records and is Howe’s first solo project since he released the all-instrumental Time in 2011. This time out, Howe balances five vocal tracks with five instrumentals and delivers a batch of new music that’s ultra-melodic, technical, and listenable. A true Renaissance man, Howe sings lead and plays electric, acoustic, and steel guitar, keyboards, percussion, and bass on the instrumentals. Current Yes vocalist Jon Davison sings harmony and plays bass on the vocal songs and Dylan Howe plays drums on all cuts.

Steve Howe is one of the most important and famous guitarists of the classic rock era. His playing with progressive rock pioneers Yes set the standard for the genre and proved to the world that rock music, classical, and a subtle American roots influence could come together in a groundbreaking way. Yes songs like “Roundabout,” “Starship Trooper,” and “Yours Is No Disgrace” showed Howe to be both a masterful guitarist and composer and have earned an eternal place in the psyches of prog and rock fans everywhere. He was inducted into The Rock and Roll Hall of Fame with Yes and also found success with the groups Asia, GTR, and Anderson, Bruford, Wakeman, Howe.

Love Is has actually been several years in the making and one listen will prove that the time was well spent. The record is arguably the best of Howe’s solo efforts. The instrumental compositions give him the space to propel his highly progressive guitar playing forward while the vocal songs let Howe lyrically explore lives that have been lived and lives just begun. The title hints at the record’s central theme of the importance of love for each other, the universe, and the world. Howe’s songs show us the yearning he has for the love of nature and how all beauty, art, and music are connected to it.

The opening track, “Fulcrum,” kicks off with an acoustic guitar figure that immediately invokes the sound of vintage Yes and proceeds to develop into a beautifully structured instrumental that finds Howe spinning out gorgeous, chilled-out melodies that create an overwhelming feeling of peace. “See Me Through” picks up the pace and features Howe’s smooth, understated vocals as well as his soaring guitar. The vibe is incredibly positive and the song does a tremendous job communicating Howe’s emotional themes.

“Love Is A River” is the epic central track of the album and is the clearest expression of Howe’s thematics included here. It unwinds through several distinct movements that range from acoustic to electric and contains copious amounts of Howe’s singing lead guitar work. Through it all, Howe reigns supreme and never misses a step. “Sound Picture” is pure upbeat prog glory with a satisfying downshift about two minutes in that circles back around to the track’s intricate head. It’s the best instrumental here for those who just want to hear Steve play and his licks are just as inventive and fleet-fingered as they were decades ago.

As you might imagine, there’s no dead weight to a ten-song record from someone as talented as Howe. Love Is goes down well as one long listening session like all the best prog does and delivers the kind of experience that elevated him to his lofty place in the rock guitar firmament. It’s a superb album from one of rock guitar’s true greats and belongs in every guitar fan’s record collection. Put your headphones on and fall in love.