Review: Fantastic Negrito ‘Have You Lost Your Mind Yet?’ 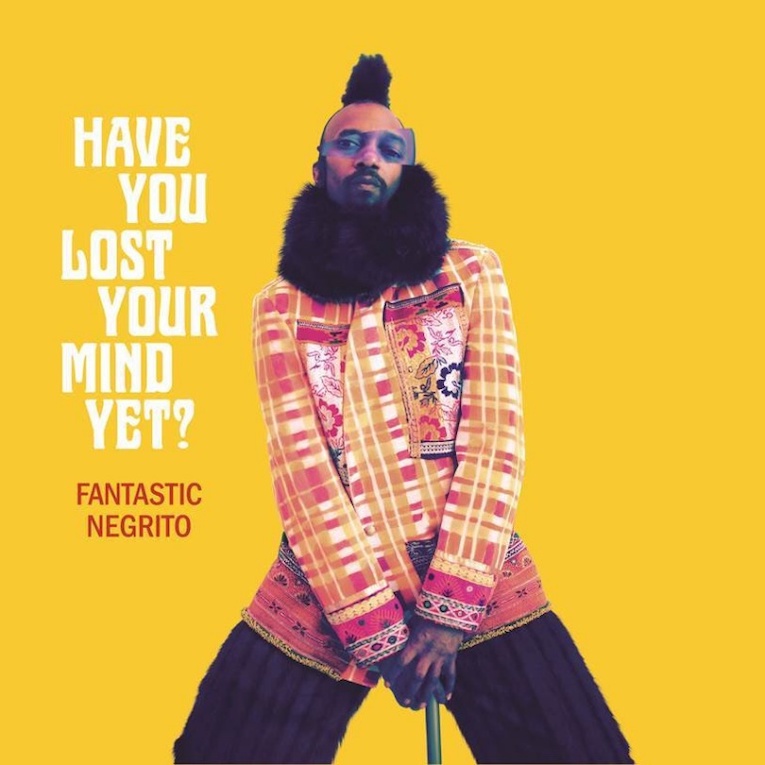 Fantastic Negrito, Bay Area singer-songwriter, lets it all loose on his new record Have You Lost Your Mind Yet?, which hits August 14th, 2020 via Cooking Vinyl/Blackball Universe. The record is a genre-bending funk/soul/blues masterpiece that encompasses styles from vintage hits to modern hip hop all at once and launches them out of your speakers with wild, relevant abandon. Negrito is a two-time Grammy winner with 80 million streams to his credit and, even knowing those facts, it’s easy to pick this new set as his finest effort ever. Have You Lost Your Mind Yet? is the work of a full-blown visionary who not only has vocal and guitar power to spare but writes incredible songs that seamlessly blend every musical and cultural influence he’s ever encountered.

Negrito’s career stretches back decades and includes a million-dollar deal with Interscope, which, sadly, ended in disaster. He lost himself in the process of trying to figure out what new look or style would grab an audience next and ultimately quit the business in frustration. He survived a near-fatal car accident in 2000 that left him unable to make music. He was in a coma for a month, required major surgery to repair his body, and had to face the hard reality that his guitar hand was permanently damaged. He forgot about seeking fame and focused instead on just being a man, free from those old distractions.

When his son was born, however, all the creative energy he thought he’d lost came roaring back. The difficult life he had led brought Negrito to the blues, the source of all music, and he began busking around Oakland as a test of himself and his songs. In less than a year, he won the first NPR Tiny Desk Contest and was on his way. His debut album The Last Days Of Oakland dropped to critical acclaim and won the Grammy for Best Contemporary Blues Album in 2017. He also went on to tour with the late Chris Cornell and Temple of the Dog and played major shows throughout North America and Europe.

Have You Lost Your Mind Yet? opens with the fully new-school shuffle “Chocolate Samurai.” The track is a mind-blowing mix of modern production, roots music skills, and an as-of-yet-unheard artistry that’s ready to conquer the world. It’s instantly apparent that Negrito is so much more than merely another blues act. He’s a forward-thinker who is true to his life experience and sounds like no one you’ve ever come across.

“I’m So Happy I Could Cry” interlocks an old-time a cappella intro with a heavy blues/R&B slow jam groove and powerhouse vocals from Tank Ball of New Orleans favorites Tank and the Bangas. Negrito and everyone else on the record are doing some amazing things to move blues music into the future and this song is one of them. It takes multiple listening to fully grasp the integration of man, music, culture, and current events Negrito is putting down but don’t get confused: this is a full-on paradigm shift in American music that’s been needed for a long time.

“Searching For Captain Save A Hoe (feat. E-40)” is a wildly creative funk/rock/R&B reimagining of E-40’s 1993 hip hop classic “Captain Save A Hoe.” Negrito again redefines his genre here, delivers the goods, and even turns in some sweet guitar licks that are expressive and real. “Your Sex Is Overrated,” “All Up In My Space,” and “King Frustration” are also not to be missed. Fantastic Negrito is the Truth personified and his socially-conscious, funky music shows us all how talent, wisdom, and courage can come together to create something fresh and beautiful.