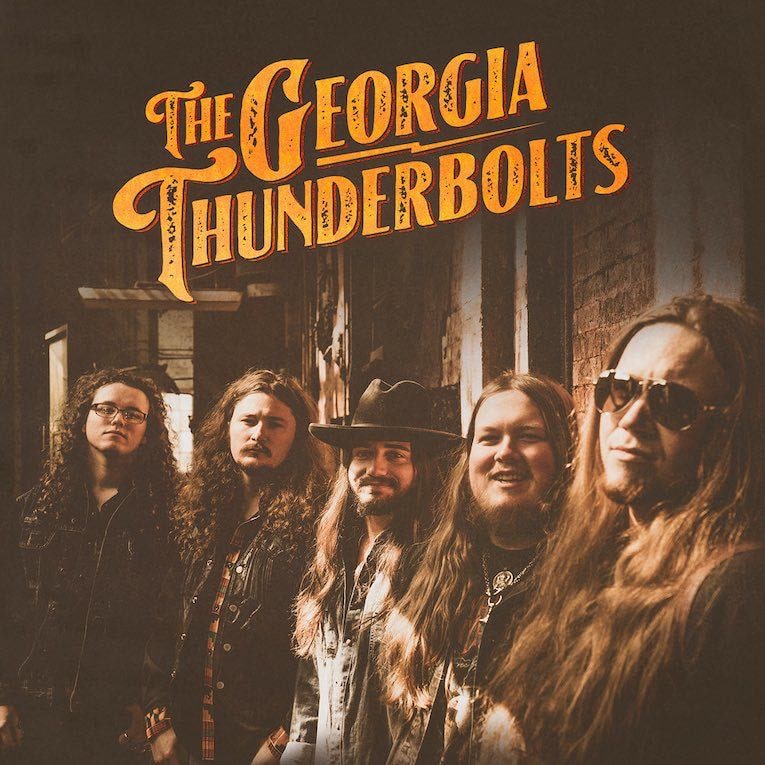 The Georgia Thunderbolts carry a timeless torch of southern rock on the band’s new EP, simply called The Georgia Thunderbolts. Released August 21st, 2020 on Mascot Records, the five-song set is a more-than-powerful debut effort that showcases not only an outstanding sound but also delivers the message that people need to stay positive and show love to each other. Tracked at Barrick Recording Studio in Glasgow, Kentucky with producer Richard Young at the desk, the songs display a swaggering blues/rock greatness informed by everything from southern gospel and Hank Williams to Merle Haggard, Neil Young, Little Feat, Ozzy Osbourne, and Lynyrd Skynyrd. In other words, The Georgia Thunderbolts are absolutely epic, anthemic, and just what the world needs right now.

The Thunderbolts hail from Rome, Georgia at the foothills of the Appalachian Mountains and represent the blues/rock soul of the American South. Band members TJ Lyle (lead vocals), Riley Couzzourt (guitar),  Logan Tolbert (guitar), Zach Everett (bass, harmony vocals, keyboards), and Bristol Perry (drums) came of age with the classic rock music that clearly fills their veins and have an authentic chemistry together equal to southern rock immortals like Skynyrd and the Allman Brothers. The band feels it’s up to the task of bringing this kind of living, breathing rock music back to the mainstream and reminding fans of what this thing we love is really about.

From the first bars of the opening track “Looking For An Old Friend,” The Georgia Thunderbolts demonstrate the group’s complete mastery of the southern rock recipe. It’s a mid-speed cut jammed with Lyle’s emotive vocals, gobs of sweet lead guitar, and a lonesome yearning for someone just out of reach. It’s a direct hit to the heart that recalls the Allmans and Gimme Back My Bullets-era Skynyrd in the best-possible way. No way to hear it and not immediately listen to the rest of the set.

“So You Wanna Change The Worlds” brings TGT’s social and spiritual message to the people wrapped in a dynamic musical setting that puts it across loud and clear. Lyle’s lyrics preach that it’s never too late to make the world better for everyone and will make you believe right along with him. Couzzourt and Tolbert contribute guitar tracks steeped in blues wisdom and highway miles that’ll blow you away without ever stepping on the heart of the song. The overall effect is like being reborn.

The gritty “Spirit Of A Workin’ Man” feels like the band’s manifesto and centerpiece. “I relate the song to our band as a whole,” Riley has said, “We all grew up humble. We’re still humble. We’ll always be humble to the end. We were raised right to be five working men. It’s who we are.” The band vibes extra hard on this one, shifting from heavy riffs to atmospheric harmonies and back again like it’s the most natural thing ever. It’s the EP’s definitive song and highlights the true character of these five musicians.

All five tracks on The Georgia Thunderbolts are winners and point towards a bright future for the band. Rock music is very much alive and well in these hands and it’s easy to get why this crew has been tapped to appear with heavyweights including The Kentucky Headhunters and Blackberry Smoke. Southern rock fans are going to devour this record and holler for more. Let’s hope a full-length effort is already in the works.