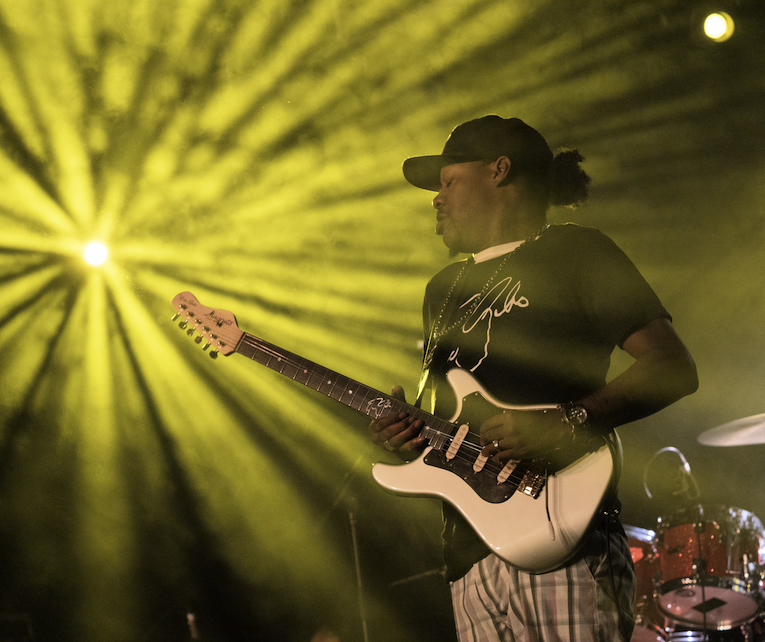 Blues/rock guitarist, singer-songwriter Eric Gales will livestream his show at B.B. King’s in Memphis, September 14th at 8pm CT. Celebrating the one year anniversary of being honored by the city of Memphis with its ‘Brass Note’ on the Beale Street Walk of Fame, Gales will perform with his band, playing music from his 30+ career that spans 18 albums. Gales has shared the stage with Carlos Santana, Hendrix’s Band of Gypsys, Gary Clark Jr., and Lauryn Hill.

The concert will air live at 8pm CT time on September 14th and is available for rebroadcast for 48 hours after the event so fans can watch at a time convenient for them. Tickets along with special merchandise and VIP bundles are available at ericgales.veeps.com

A limited number of fans will be admitted to the performance with strict physical distancing. Tickets available at BBkings.com

Known as the guitarists’ favorite guitarist, Gales plays with mind-bending skill and deep soulfulness, blending rock, blues, jazz, gospel and more into his music. He is easily described as one of the best guitarists in the world by his legion of fans. A 2020 Blues Music Award winner for “Blues Rock Artist” Eric Gales plans to record his next album with Joe Bonamassa. His latest album, The Bookends, (2019) features B. Slade, Doyle Bramhall II and Beth Hart.