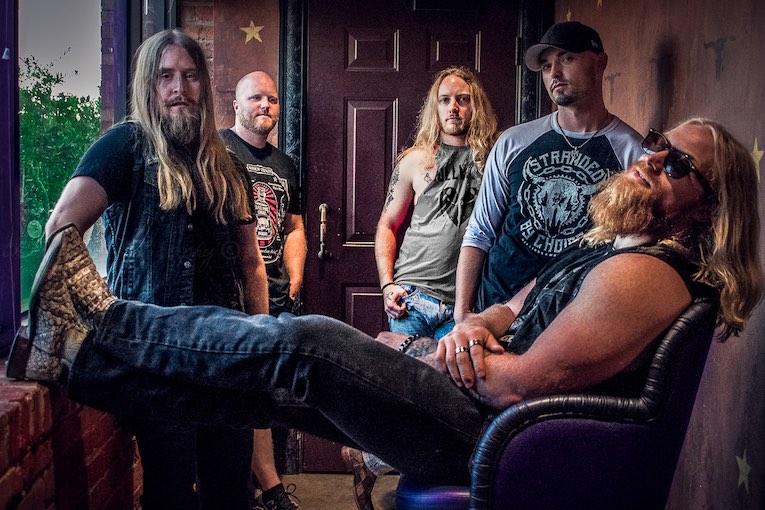 Blacktop Mojo releases the official music video for their single “Signal’s Gone” from their May 2020 EP Static.

From Palestine, Texas, modern rock band Blacktop Mojo is a blend of grunge, classic rock and Texas metal and was formed in 2012 by vocalist Matt James and drummer Nathan Gillis.

About the song, Matt James says “All too often today, people have the option of not having the hard conversations with people in their lives because we no longer have to do it face to face. It is so much easier to “ghost” someone, and let a relationship fade in time with no real closure than it is to look that person in the eye and say, “This isn’t working.”

James’ voice is one of the best rock vocals today. Soulful and expressive, he asks where he went wrong as the music turns even edgier with distortion and the video displaying haunting images.

Blacktop Mojo’s fiery blend of heavy grunge grooves, classic rock guitar riffs, and Southern Metal shredding, falls somewhere between Soundgarden and Lynyrd Skynyrd. After their debut album “I Am” in 2014 and a few years cutting their teeth in dive bars, dancehalls, and honky tonks, the band decided to go all in. In 2017 they teamed up with famed Muscle Shoals Sound producer Jimmy Johnson (The Rolling Stones, Lynyrd Skynyrd, Bob Seger) and his long time engineer Steve Melton for their sophomore outing entitled, “Burn The Ships” at Sound Emporium in Nashville. During the recording of the record, the guys took the leap and quit their day jobs, moving into a small house together in Palestine, Texas where they all still live today. The house created an unbreakable fellowship between the band and a culture of constant creativity. Their latest effort Static, is outstanding.