Review: ‘The Good The Bad And The Bette’ Bette Smith 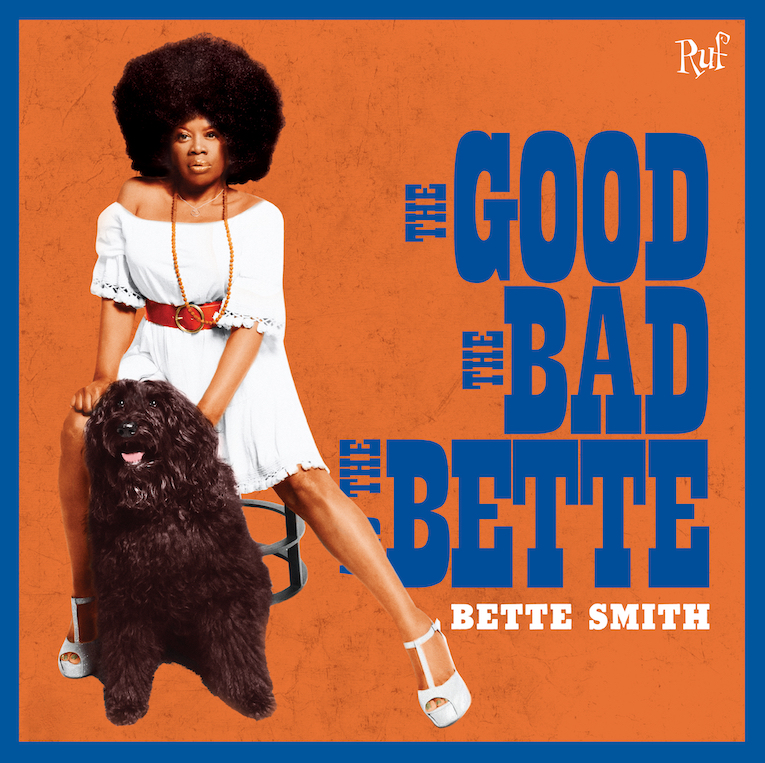 Fierce rock and soul vocalist Bette Smith puts down a big sound on her new record The Good, The Bad & The Bette, which breaks free September 25th, 2020 on Ruf Records. Produced by Drive-By Trucker Matt Patton and engineer/drummer Bronson Tew, the album features Smith making her miracle happen with special guests including North Mississippi Allstar Luther Dickinson and fellow DBT member Patterson Hood. The set is proof positive that an old school mix of soul and rock music never goes out of style and that Smith has every bit of the power displayed by past masters up to and including Aretha Franklin. Smith is a wildly emotive singer with a fearless swagger that permeates everything she does and sets it on fire. She’s the next big-time New York singer destined to capture serious attention and make a permanent mark on the roots music scene.

Smith came of age in Bed-Stuy, Brooklyn and was deeply influenced by the gospel music she heard in church and the soul music she encountered in the streets. Her father was a choir director and Smith began singing at just five years old. Her mother only listened to gospel artists like Mahalia Jackson and Reverend James Cleveland and their songs made a big impression on young Bette. Her roots in gospel and soul make a potent cocktail when crossed with her rock and roll side, as evidenced by her breakthrough 2017 effort Jetlagger. The record drew critical raves, went to #1 on the Roots Music Report chart and capped off her year with an appearance at the Montreux Jazz Festival. The Good, The Bad & The Bette is an extension of her gritty, audacious ways and shows Smith evolving into a fully-developed recording artist who knows who she is and where she’s going.

The tough and funky “Fistful Of Dollars” opens the record and immediately plunges listeners into a hard groove and tales of hard times. The track blends an ultra-big pocket with raw, overdriven guitar, slick horns, and a bare-knuckle vibe that’s relentless and invigorating. It’s the kind of cut that stops traffic and demands amplification and investigation. Smith’s voice flows like a whiskey waterfall over her band’s funk/rock freedom and she tells us point-blank exactly what she needs.

The soft heartbreak ballad “Whistle Stop” pivots on a dime and showcases Smith’s delicate side. Her voice takes on an entirely different tone than the previous song contained and Smith begins to give us an inkling of how broad her range is and what she can do with it. “I’m A Sinner” kicks back into high gear and situates Smith on top of a driving blues/rock beat. It’s a heavy, physical song that’ll drag people onto the dance floor to sweat out their confessions and unburden their spirits.

“Signs And Wonders” is a graceful Southern Soul track built on a mid-tempo Muscle Shoals feel that gets blessed by the always-compelling Luther Dickinson on lead guitar. Like all the songs here, “Signs And Wonders” hits urgently and never lets you forget that all this soul is built upon a base of solid rock. Keying in on Smith’s rock influences allows her to stand apart from the many vintage soul replicators around today and gives her much in common with storied performers like Ike & Tina, Betty Wright and Betty Davis. Other songs on the must-hear list are “Pine Belt Blues” and “Everybody Needs Love,” an inspiring and uplifting song that includes vocal assistance from Patterson Hood. Bette Smith is a future Hall-of-Fame shoo-in with killer songs and a voice that could launch a thousand hits. Make good and sure she doesn’t slip past you.