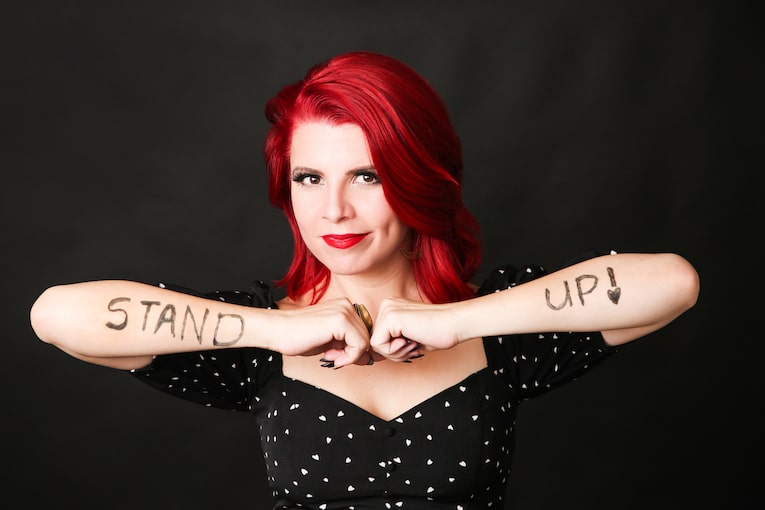 We are pleased to premiere ‘Stand Up!’ by blues belter Whitney Shay from her new album, Stand Up! released February 21st on Ruf Records.

“Stand Up!” summons everyone who hears Whitney Shay’s brand of rocket-fueled R&B onto the dance floor. You can’t mistake the soulful, powerhouse voice and the energy with which Shay brings it. This San Diego, CA talented singer-songwriter is a livewire, blessed with a great voice, and songs to get you moving.

Whitney says, “The groove and message of this song is intentionally captivating from the very first drum hit. It forces you off your feet and makes you ‘Stand Up’ and dance. As an artist I find it important (especially now) to grab my audience’s attention and let them escape a bit from their daily lives. The world and this year seem heavy and full of darkness; I hope that in some small way I can shine a light and bring people joy through my music.

This video was filmed during a day off of our whirlwind February 2020 Blues caravan tour in Germany. Watching it now takes me back to the wonderful experiences we had touring and making people happy getting to play live music. I hope we can all get back to doing that again sometime soon!”

Whitney Shay tells it like it is with soul and fire in this catchy rhythm and blues track from her acclaimed album of the same name. Tracking at Austin’s Wire Recording Studio with producer Kaz Kazanoff, Stand Up! saw the singer let the good vibes flow. Setting the pace with the title track’s brassy soul and smoky quick-fire vocal, this new record’s upbeat moments twist from the rolling grooves to dirtied-up funk, with Shay’s all-star studio band rising to the occasion.

The video is fun. Whitney Shay makes it fun and we could use a little joy during these troubled times. An additional treat is Ryan Perry ripping it up on guitar.

The tracks on Shay’s album Stand Up!,  penned alongside writing partner Adam J. Eros, might fill the dancefloors, but it also brings you deep into Shay’s headspace, with themes that span from the personal to the socio-political. “Being a strong, independent woman, raised by my single mother and grandmother, many of the songs on this album deal with themes of equality and female empowerment,” she says.

Coming up the old-fashioned way with a thousand word-of-mouth shows blazing her reputation across the planet, Shay’s first decade has seen four wins at the San Diego Music Awards, a nomination at last year’s prestigious Blues Music Awards and the tag of “future blues icon” bestowed by Blues Matters! magazine. Whether you picked up 2012’s debut album, Soul Tonic, caught up with her on 2018’s acclaimed A Woman Rules The World or heard her songs on major TV networks including HBO and NBC – you’re probably already a fan, whether you realize it or not. 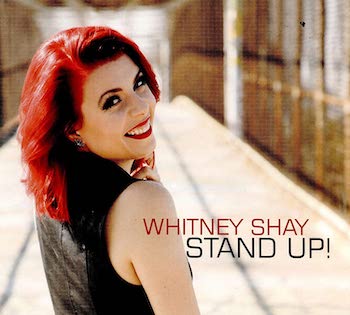 Order link for Stand Up!