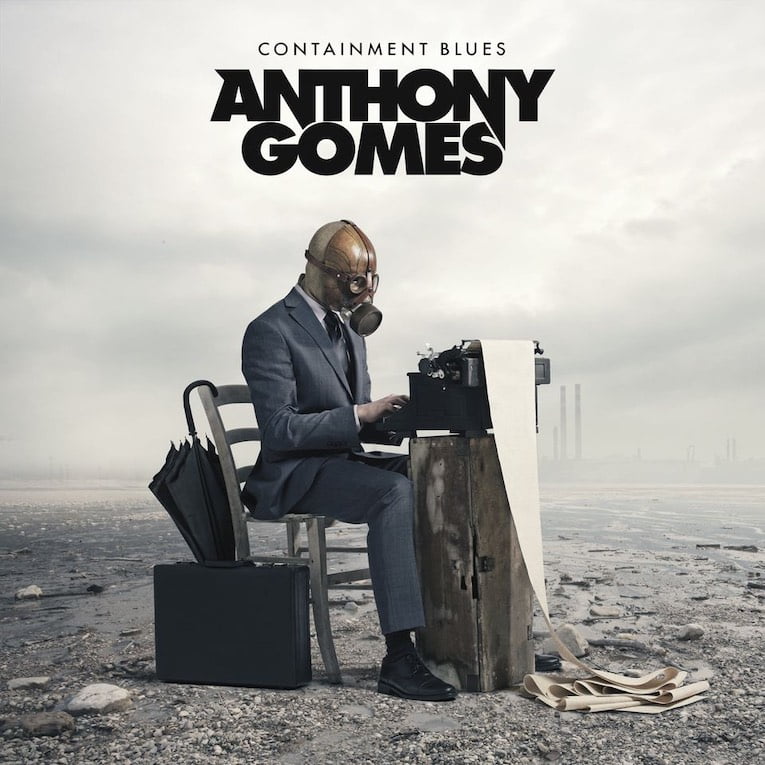 Blues fans will welcome the imminent arrival of the new Anthony Gomes album Containment Blues, officially released this October 16th on Up 2 Zero Records, a follow-up to Peace, Love & Loud Guitars (2018.) Toronto-native Anthony Gomes is a blues/rock sing-songwriter and guitarist whose passion for the genre is self-evident. During his illustrious career he has performed alongside a cast of greats including Buddy Guy, Robert Plant and Joe Bonamassa, garnering a host of accolades along the way. As a musician, Gomes is dedicated to a form of living, breathing blues. “The Blues is old,” he says, “but not tired,” echoing a memorable piece of wisdom given to him by no less than B.B. King, “The Blues are like the laws of the land. They need to be amended to the times we live in.”

“Hell and a Half of Georgia” opens the set; a bright and breezy blues-rocker built upon some solid riffs. It’s a classic Gomes track, with serious rock swagger, growling guitar and unexpected turns. Gomes’ gravelly vocals recall the efficacy of the aforementioned Robert Plant and Who front-man Roger Daltrey. It is a voice which communicates raw emotion and one eminently suited to the blues. “Hell and a Half of Georgia” displays everything you expect from a Gomes number; inventive adornments, compelling chords and such an open,heartfelt delivery that it’s impossible not to get swept along. You will be nodding your head before you know it.

There is a nice sheen to these recordings, a wide open feel with plenty of space for the music to inhabit. “Let Love Take Care of Love” tumbles like rolling dice across a hot desert floor. There’s plenty of subtlety in Gomes’ arrangements. He is a player who knows how to craft a hook or three upon which to hang his songs. “I’m going to let the angels sing up above, I’m going to let love take care of love.” This track, like the album as a whole, is pleasingly free of histrionics. Guitar solos, when they come, serve to embellish rather than to steal the spotlight. There is a brilliant use of rhythm guitar also, which drives and lifts the songs much in the style that John Lennon utilized so well with The Beatles.

One of the most intriguing tracks is “Stop Calling Women Hoes and Bitches.” Some may find this a little on-the-nose, but blues has always been about honest communication. To my ears, it’s great to hear a male musician calling out negative behavior. “Some men think it’s cool, to put down half the human race,” sings Gomes, “as a man let me say, this disrespect’s a damn disgrace.” “Tell Somebody” opens with invigorating, rattling steel strings and hand-clap percussion. A sparse arrangement means that the electric guitar, when it kicks in, does so with impressive power and swagger. Here, Gomes mixes rawness and sophistication to admirable effect. “Until the End of Time” takes us out with an evocative, dusty ballad built around the framework of classical Americana, with frankly beautiful overtones.

Containment Blues (surely a title which will strike a chord with many) also sports one of the best album covers of the year. It is a striking piece of art, and a fitting tribute to Gomes’ quest to unite the old and the new, to keep the blues relevant and fresh whilst nurturing its heart. This latest album from Gomes adds much to his already impressive legacy, which includes the Music Is The Medicine Foundation, which Gomes founded in 2010 “to positively impact the lives of others through the healing power of music.” With that much passion, dedication and positive spirit, it is no surprise that Containment Blues is a record well worth picking up.