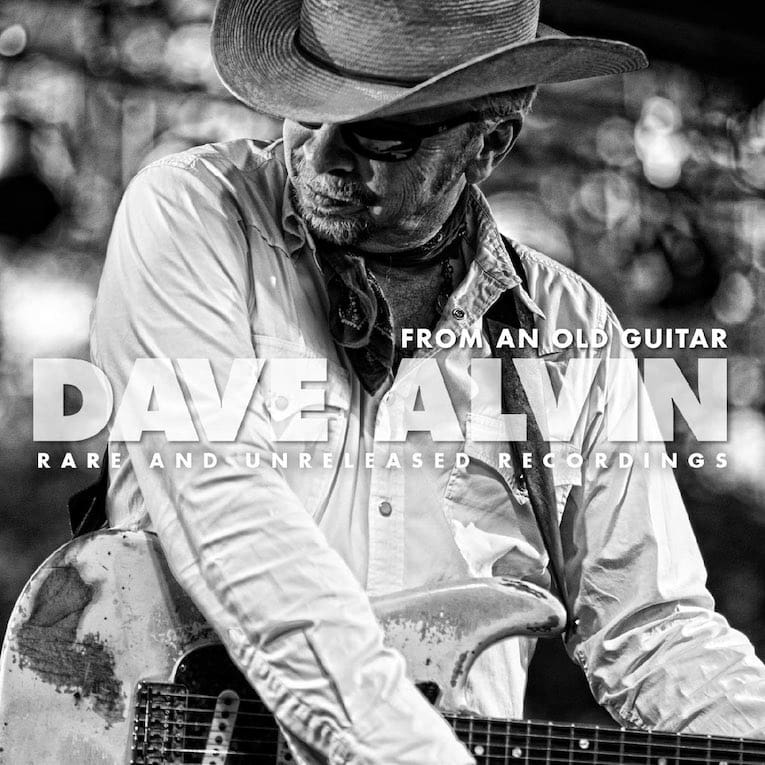 Today, GRAMMY award-winning guitarist, singer, and songwriter Dave Alvin shares “Highway 61 Revisited,” a cover of the Bob Dylan classic and the second track unveiled from his first solo album in eleven years, From An Old Guitar: Rare and Unreleased Recordings, out November 20 on Yep Roc Records.

“When UNCUT magazine asked me to record “Highway 61” for their Bob Dylan tribute CD insert, I was scared to death,” says Alvin. “Not only is it impossible to do a better version of this song than Dylan had already done, but it would be pretty damn hard to come anywhere close to doing a version as good as Johnny Winters’ classic cover. Knowing this, I still figured, ‘what the hell.’ I called the musicians, figured out an arrangement somewhere between Mose Allison and Little Milton, plugged in my guitar, and went for it. The guys and I had an absolute blast reimagining this version of Mr. Dylan’s classic, and I sincerely hope you enjoy listening to it as much as we did playing it.”

Produced by Dave Alvin, From An Old Guitar: Rare and Unreleased Recordings, the 16-song collection offers a mix of acoustic blues and ballads to electric bar room blues to folk and country/rock. Featuring songs recorded over the years for his own records and tribute albums, “the majority were recorded for no other reason at all than the sheer kicks of going into a recording studio to make some joyous noise with musicians and singers that I love and admire,” offers Alvin.

“If I had a few extra bucks in my pocket, I’d book a day in the studio, call some old (or new) friends, comrades and co-conspirators to join me and see what would happen,” notes Alvin, “no pressure, no expectations, just making music for the transcendental thrill of, well, making music.” Some of the brilliant accompanists joining Alvin in-studio include Greg Leisz, Cindy Cashdollar, Bob Glaub, Don Heffington, Christy McWilson, Danny Ott, Dale Spalding, and Cindy Wasserman.

“I consider myself extremely lucky to have had such a stellar collection of musicians to make some noise with, and to say that I’m proud of the performances on this release would be a gigantic understatement,” adds Alvin. “And, yeah, of course, I played beat up, old guitars on all the songs. I sincerely hope you enjoy these songs (and the musicians/singers bringing them to life). These recordings may be rare, unreleased, or little heard, but I’m very proud of them, and they hold a very special, warm place in my heart. Just like my old guitars.”