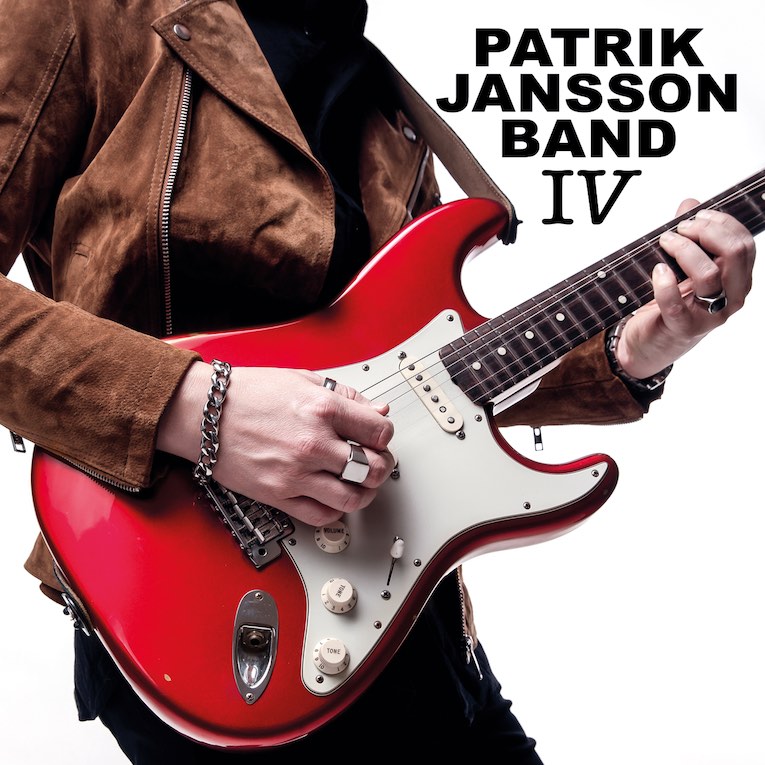 Swedish-native Patrik Jansson is a man of many talents. A singer, guitarist, pianist, drummer, composer and producer, he’s played punk, hard rock, metal and jazz in settings ranging from small combos to full-on big bands. His heart, however, belongs to the blues.

Since forming the Patrik Jansson Band in 2007, he has toured extensively around Europe and released three well-received albums. The latest, simply titled IV, out now on Sneaky Foot Records, epitomizes Jansson’s ethos. “I wanted to play blues with a more modern approach,” he states, “Blues is supposed to feel fresh and alive. In short I wanted to play the kind of music that I would like to hear myself and that I think a lot of other people would like and appreciate”. Stripped of horns and strings, and with few overdubs, the intention with IV was to produce an honest, live-sounding album with power and clarity.

Quartets are always an exciting proposition, lending themselves easily to a spirit of togetherness and spontaneity. Alongside Jansson on lead vocals and guitar, we have Thomas Andersson on bass, Martin Forsstedt on drums and Lars Eriksson on keys. “She Ain’t Gonna Come Back Any More” opens the set, a shimmering mid-tempo rocker which floats nicely on a bed of blues-jazz organ and shuffling, understated percussion. Andersson’s bass, relatively high in the mix, makes for a wonderful spine, bobbing and flowing, with a punchy edge. Eriksson’s solo is reminiscent of the great 60s crop of jazz Hammond organ wizards, pushing and simmering nicely. Forsstedt’s drumming is lovely, propelling the song forward with light, nuanced touches and setting up a deep, foot-tapping groove. Jansson’s guitar-work is equally subtle, floating like a butterfly and stinging like the proverbial bee. There’s no show-boating here–this is very much a group effort, and this group is very good indeed.

Jansson’s vocals, as exemplified on “Love Will Find A Way,” are very likeable, with some ear-catching phrasing and plenty of emotion. This track, in particular, is a delight. It smoulders with joyful experimentation. Jansson allows space for the players to wander a little and stretch out, pulling at the boundaries and exploring the literal and metaphorical fretboard. This is in no way incongruous with the pure blues at this music’s heart. Jazz, after all, is blues in another form. Jansson’s own guitar solo here is a treat, as concise and packed full of meaning as a haiku.

“She Said What,” takes us into jive-blues territory. Forsstedt double-times the accentuation, Eriksson vamps with energy and verve. Andersson’s bass walks and slides, Jansson alternately picks and strums and the whole comes together beautifully. You get a genuine sense that the band are having a lot of fun here, though they remain as tight as you could wish for. Arrangement and production through IV are clear and breezy. This album certainly achieves its aim of sounding as live as possible. Closer “Nothing But The Blues,” slows things down to a burning ballad, ramping up the rock yet retaining a light, supple feel.

It is always great to hear blues and blues/rock from around the world. Musical cross-pollinations are responsible for some of the best records and many of the most important developments in popular music. With IV, Jansson’s philosophy of taking the blues forward honours the long line of great blues innovators. He is also clearly a musician with a great respect for history. As the wonderful Kenny “Blues Boss” Wayne once said, “It is essential for one to know about the past so that you can look forward to the future.”

If IV is anything to go by, the future looks very bright for the Patrik Jansson Band.