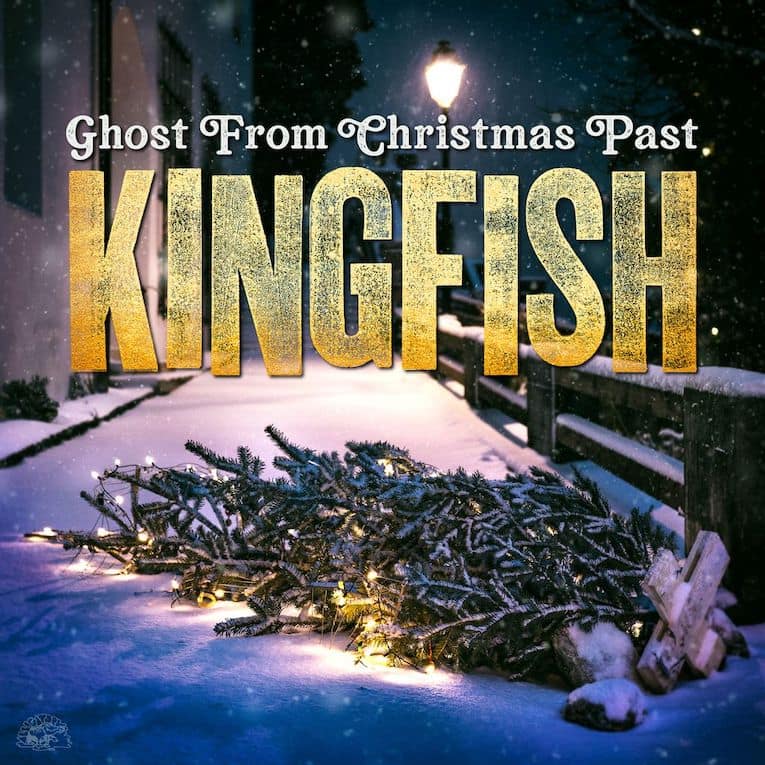 With a command of his instrument and a firm grasp of tradition, Christone “Kingfish” Ingram represents the next generation of great American blues artists.–PBS NewsHour

“Ghost From Christmas Past” tells a timeless tale of love gone wrong. The song features Kingfish playing some of the most emotionally blistering guitar he has yet recorded, and singing with pleading, soulful urgency. “Ghost From Christmas Past” was written by Tom Hambridge and Richard Fleming, and was recorded in Nashville at famed Ocean Way Studio.

According to Kingfish, “I’ve always loved the holiday season. Obviously, this year will be a bit different considering what we all have had to manage. But, I’m hoping my first holiday song can bring people a bit of cheer as we kick off the holidays.”

It sure does bring cheer! Christone does it again with this outstanding song, soulful, rich vocals and killer guitar chops.

Listen to “Ghost From Christmas Past”

Order link for “Ghost From Christmas Past”

Since the release of his Alligator debut Kingfish, the 21-year-old musician has earned mountains of praise from press, radio and fans alike. In addition to his Grammy nomination, he won five 2020 Blues Music Awards, including Album Of The Year, Best Guitarist and Best Emerging Artist. He also won four Living Blues Awards and two Blues Blast Awards. When not headlining his own tours, Ingram has performed with Buddy Guy, Vampire Weekend and Jason Isbell.

Kingfish debuted at #1 on the Billboard Blues and Heatseekers charts. The song “Fresh Out” was the most played track in 2019 on Sirius/XM’s Bluesville channel. Songs from the album continue to receive regular airplay on radio stations around the world. Sir Elton John interviewed Kingfish on his Apple Beats podcast. Kingfish also appeared (honoring Buddy Guy) on PBS Television’s Austin City Limits. NPR Music named him a 2020 Artist To Watch, and included Kingfish as one of the Best Debut Albums Of 2019. Tastemaker UK music magazine MOJO named Kingfish the #1 Blues Album of 2019. He recently performed a Tiny Desk (Home) Concert for NPR Music.

“Ghost From Christmas Past” is the third single cut by Kingfish since the release of his debut album. In February 2020, Kingfish unleashed his powerful interpretation of Michael “Iron Man” Burks’ Empty Promises. In July 2020, he released his emotionally riveting original song, Rock & Roll, a tribute to his late mother, Princess Pride.

Order link for “Ghost From Christmas Past”