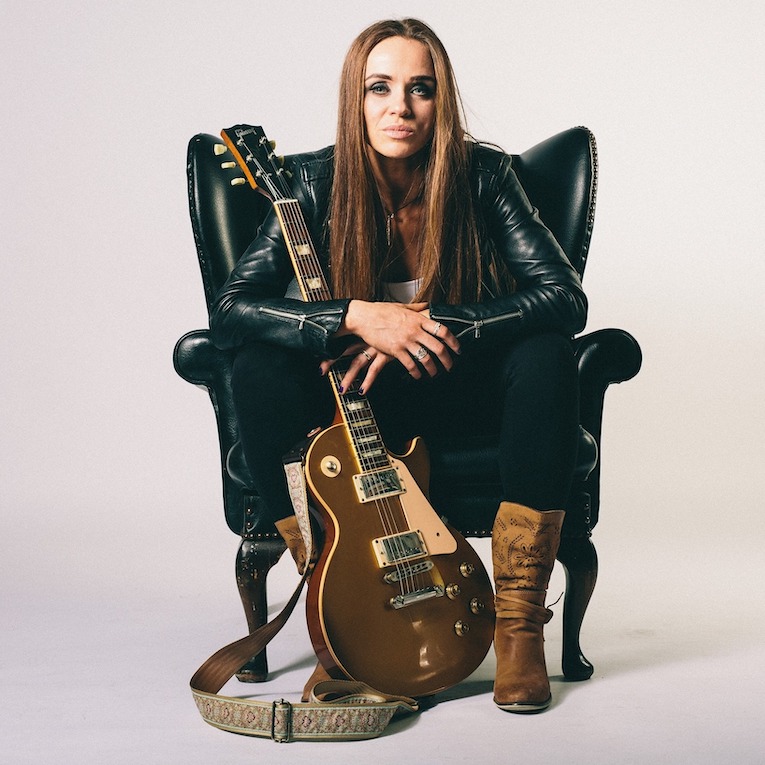 Ireland’s own Gráinne Duffy steps out large as an emerging blues star on her new album Voodoo Blues. The new platter dropped independently in October of 2020 and is all about staking Duffy’s claim to being one of the most notable blues guitarists, vocalists, and songwriters rising to prominence in the European scene. Her sound is an individualized mix of blues, rock, roots music, and soul blended with Duffy’s own Irish/Celtic style. It’s a swampy, sensual, heartfelt, and spellbinding experience focused on Duffy’s powerful, heart-shredding voice and highly melodic guitar work. She’s built a loyal following with this potent brew, won awards, and appeared at Glastonbury and many other important festivals. She has also toured internationally and found great success everywhere from her native Monaghan to Holland, France, Belgium, Norway, and Australia.

Growing up in a musical family of seven without a television, Gráinne Duffy sang in her local choir, with her sisters, and discovered Aretha Franklin, The Pretenders, and The Rolling Stones. She also developed a love for the Peter Green era of Fleetwood Mac and Green remains a huge influence on her to this day. Before becoming a solo artist in 2007, Duffy earned a degree in music at NUI, Maynooth, Ireland and worked as a session singer in Italy and France. Her solo career began with her impressive debut record Out Of The Dark and quickly took flight. Voodoo Blues is Duffy’s fifth release as a leader and presents her to the world as a roots music creator with a fully-articulated vision that’s ready for the big time.

Gráinne Duffy wastes no time and kicks off the album with her title track “Voodoo Blues.” It’s a heavy blues/rock song that immediately shows off her mighty vocal chops and entrancing tone. The chorus delivers a big kick that will stay in your head all day and Duffy puts it down with all the spirit she’s got. “Mercy” follows next and changes the vibe to a more laidback, atmospheric, and chilled-out style of blues that’s far from typical and gives Duffy the chance to display even more of her vocal range. She’s unafraid to ditch convention when needed, a wonderful quality that makes her much more expressive and memorable than most performers.

Gráinne gets all upbeat and positive on the Southern Rock-inflected “Shine It On Me.” The cut is a hit single in waiting built around a strummy, body-moving groove and a giant-sized singalong chorus. Duffy soars on this one and will make you feel like you’re jamming the day away at the best summer festival ever. The cut is a beautiful, happy moment in time that will elevate your day to a better place. “Don’t You Cry For Me” is a smooth and emotional gospel-tinged ballad that finds Gráinne Duffy turning in an electrifying take that shows us yet another facet of her vocal talent. Her skill and soulfulness are beyond reproach here and throughout Voodoo Blues and Duffy absolutely lights up everything she touches.

“Roll It” flirts with a CCR-like roots rock feel at first but gets more blues and soul-inspired in the chorus. It’s another bone-shaker with a gold-record groove that gets better the louder you play it. Duffy and her band rub all of these pockets just the right way, making them practically hypnotic. Their deep rhythmic connection will pull you inside her songs and demand that you hang out a good long while. Other cuts your life won’t be complete without include “No Matter What I Do” and the two-fisted closer “Hard Rain.”

Gráinne Duffy is a top-tier blues/roots artist who is on the verge of reaching an enormous audience with Voodoo Blues. Expect to see her career blow up in the near future. Start listening now to be part of the fun. 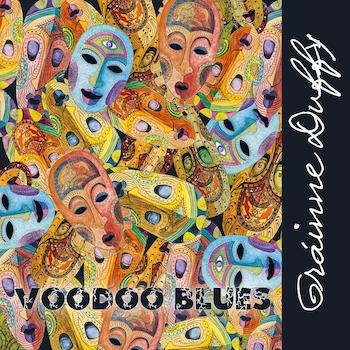