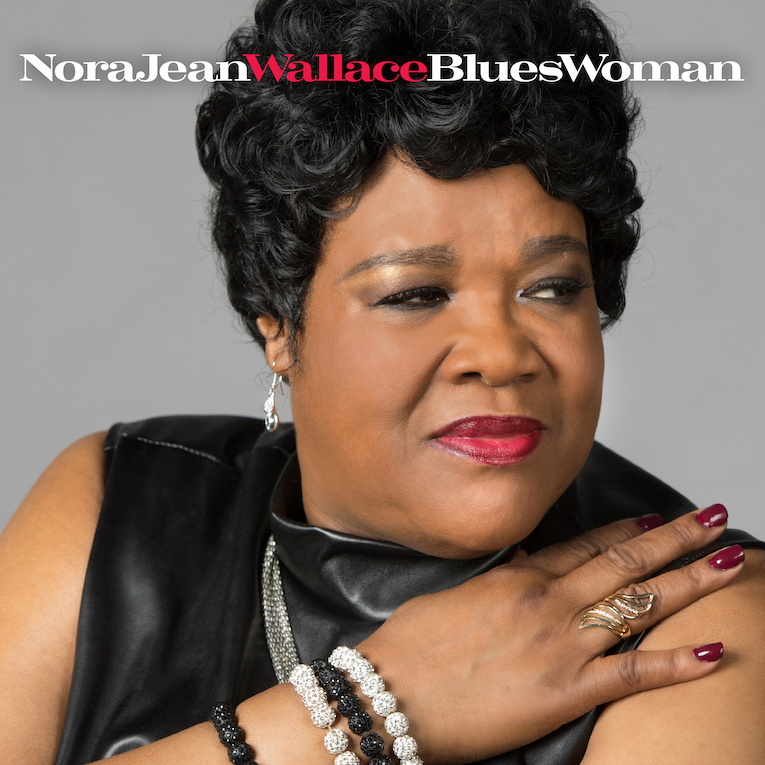 Blues Music Award-nominated vocalist Nora Jean Wallace shows us all how it’s done on her new album Blueswoman. Released October 30th, 2020 on Severn Records, the record is a knock-down drag-out blues party that shines a bright light on Wallace’s big voice and bold presence. The set was produced by Severn label boss David Earl, who also contributes guitar work on four songs, and was tracked at Severn’s studio in Annapolis, Maryland. Legendary blues star Kim Wilson of The Fabulous Thunderbirds adds his always-incredible harmonica talents to one song and the Severn studio band, which is Johnny Moeller (guitar), Steve Gomes (bass), Kevin Anker (organ), Steve Guyger (harmonica), Stanley Banks (keyboards), and Robb Stupka (drums), handles the rest of the album with ease and expertise. The resulting record is ten tracks of perfectly-handled straightforward blues that’ll grab you by the headphones and stand your hair on end.

Wallace is back on the blues scene after a 16-year absence. Her 2004 release Going Back To Mississippi was nominated for a BMA, garnered much critical praise, and made her a familiar figure in the Chicago blues community. She walked away from music, however, to care for her ailing mother, who has since passed on. Now, amid the craziness and strife of 2020, Nora Jean is renewing her blues career and beginning a new era of her musical life. She’s better, stronger, and more determined than ever before to assume her well-deserved place in the top tier of contemporary blues artists and should have no trouble picking up where she was back in the day.

Wallace gets things going immediately on Blueswoman with the no-nonsense shuffle “Martell.” It’s one of the great drinking songs of the 21st Century and Nora Jean makes no apologies to anyone for wanting to “drink some Martell ‘til my eyes turn bloodshot red” over a no-good man. Wallace has the same larger-than-life quality that Howlin’ Wolf carried in his back pocket and she uses it in similar ways. It feels like she’s singing every line directly to each person listening and she makes her case so strongly that you’ll want to get moving and meet her down at the club.

Syl Johnson’s “I Can’t Stop” is a tough, insistently grooving track that picks up the pace and comes off as hot, blue, and righteous. Wallace leans into her microphone hard and takes up every bit of space in the center of the mix. The players behind her are tight and disciplined, weaving together a rhythmic fabric with a Dominant 7th tonality that supports her every word.

Nora Jean’s title song, “I’m A Blueswoman,” is a powerful statement of mission and identity that details the life events that give her “the right to sing the blues.” It’s a haunting track full of ghosts and integrity that could only be sung by someone who has actually walked the difficult roads it deals with. Wallace is at her authentic best here and her performance is mesmerizing. Koko Taylor would be proud to see her influence live on like this.

Kim Wilson heats up his harp on the moody and funky “Rag And Bucket.” Wallace drops her tale of washing another troublesome lover out of her life and home with grit and authority while Wilson acts as a perfect foil between her vocal excursions. Wilson’s harmonica tone is crisp and glowing and he turns in yet another fine showing. “Look Over Yonder” is an uptempo Chicago shuffle that’s everything real blues should be. It’s a classic story of trouble in love set to a pocket that’ll make anyone drink and dance their problems into the ground. Wallace digs down into herself to match the band’s energy and extracts a fierceness that just might set your roof on fire. It’s the sort of peak experience moment music fans live for, without question. Nora Jean Wallace absolutely puts down some real-deal blues on Blueswoman and is going to make a whole lot of people remember her name. Get in on the good times and have yourself a ball.