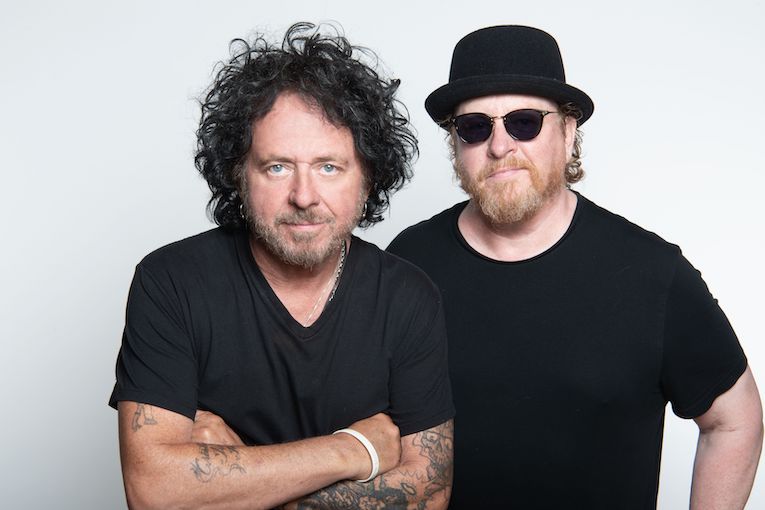 Toto frontman and lead vocalist Joseph Williams gathered Toto bandmates for “Liberty Man” and his upcoming album Denizen Tenant. Among them are David Paich, Steve Lukather, Simon Phillips, Leland Sklar, Lenny Castro, Mike Landau and Nathan East. What a lineup of serious musicians and it shows on this beautifully written song. Joseph Williams’ voice brings peace to the soul. “Liberty Man” is the second grat track  from the album. The video was self-produced and directed by Williams.

In reference to “Liberty Man,” Williams shares, “’Liberty Man,’ my latest tune with David Paich, is also a reunion with my Toto bro’s Simon Phillips and Leland Sklar. Also featured are the incredible Mike Landau and of course my partner Steve Lukather! The song is simple. I love open spaces and cherish the freedom to come and go where I will. It’s a swashbuckler in six eight with a clear Toto vibe!”  Both Joseph Williams and Steve Lukather will release solo albums simultaneously on February 26, 2021. Both artists made significant contribution to the other’s masters.

Joseph Williams’ Denizen Tenant was self-produced outside of the compositions “Black Dahlia” and “No Lessons,” which were arranged and produced by Jay Gruska and mixed by Dave Way. The musicians and singers who made contributions in the studio, reads like a who’s who of players that have been in the artist’s life over the past four decades. Amongst these contributors are band-mates from Toto including David Paich and Steve Lukather Simon Phillips, Leland Sklar, Lenny Castro, Nathan East, all of whom enjoyed tenures in Toto are also featured players on the album. Additional contributions include performances by Oscar Bugarin, Jay Gruska, Mike Landau, Barbara Gruska, Steve Overton, Dylan Ronan, Hannah Ruick, Steve Tavaloni, Weston Wilson, Ray Williams, and Mark T. Williams.  The album was produced and mixed at Digbyroad Studios, Sherman Oaks, CA.

Denizen Tenant features 12 songs, one Beatles cover, “If I Fell” and Peter Gabriel’s “Don’t Give Up”, which features a very special guest, Williams’ daughter Hannah on vocals. The album features performances by guitarists Steve Lukather and Mike Landau alongside percussionist Lenny Castro. Williams reflects, “Mike Landau has been playing on my music since I was a teenager and he just knows what to do. His parts always inspire me. They help move me to the next step in the writing process. Steve Lukather is like this as well.”

In reference to Lenny, Williams offers, “He knows exactly what is needed and he will give me so many choices. I always get what I want. Like Mike Landau I’ve been working with Lenny since I was a kid.” The record is a part of the continual, on-going collaboration of the triumvirate of Lukather/Paich/Williams. Williams co-wrote “Liberty Man” with Paich.

Denizen Tenant is available individually on both CD and LP, alongside all streaming services globally. A limited-edition 4-LP deluxe edition is available with the two titles bundled together.

About Joseph Williams
At age fifteen, Williams began his career as a radio and television commercial singer.  Joseph also achieved success as a television and film composer in the late 90’s and early 2000’s. He fronted Toto as a lead vocalist from 1986 to 1988, and was featured on the albums Fahrenheit (1986) and The Seventh One (1988).  He also appeared on the 2006 release Falling in Between, sharing lead vocals with Luke on “Bottom of Your Soul.”  In 2010 he returned to the band, becoming front man and lead vocalist, a tenure that continues through today.  He has released ten solo albums, and is an Emmy Award nominated film composer. His career as a session vocalist has placed his voice indelibly in pop culture through the dozens of performances in the medium of film, amongst which is his role as the adult Simba on The Lion King. Williams voice is featured on “Hakuna Matata” alongside “Can You Feel The Love Tonight.”  He is the son of film composer John Williams and actress Barbera Ruick. For broader detail on his credits click herehttps://www.imdb.com/name/nm0930990/