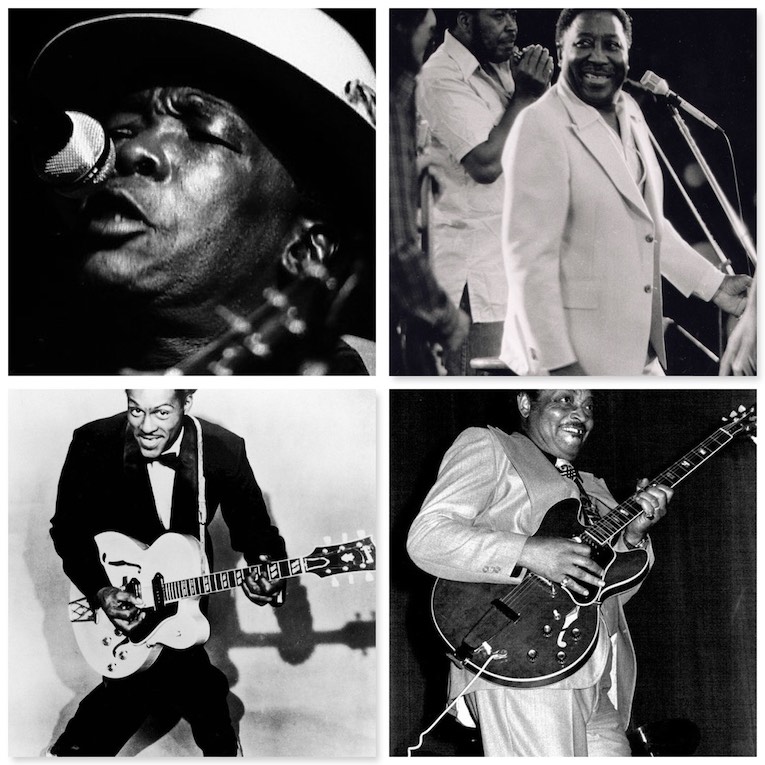 The story of the blues is littered with countless beloved record labels, from the big to the small. Many burned brightly yet soon flamed out. Others, with a long and celebrated history, are still operating today. Perhaps no one institution contributed more, in term of recorded legacy, than the mighty Chess Records. Operated by brothers Phil and Leonard Chess, the label ran from 1950 until its sale in 1969. During that time the two men oversaw the production and release of countless seminal blues and rock ‘n roll recordings, playing a pivotal role the careers of, among others, Muddy Waters, Little Walter and Chuck Berry. The famed Chess Records house band, which included such luminaries as Pete Cosey, Maurice White, Louis Satterfield and Leonard Caston, were up there with the very best. The entire Chess catalogue of releases is worth exploring, but here below are ten of my favorites.

Best Of Little Walter by Little Walter, 1958
Harmonica-great Little Walter’s legacy is still being felt to this day. This masterpiece from 1958 is as good an introduction as any. It may seem strange to title your debut album Best Of, but this is actually a compilation of Walter’s wonderful singles released over the previous few years. First released on Chess subsidiary label, Checker (and subsequently re-released on Chess proper, with the same catalogue number) Walter is backed by here by a top team featuring many stalwarts from Muddy Waters’ band. Willie Dixon, Elgin Evans and Fred Below provide the rhythm section. Jimmy Rogers and David Myers provide guitar. Muddy Waters repays more than a few favours by appearing himself on two tracks.
See here

Bo Diddley by Bo Diddley, 1958
Ellas McDaniel may have had only one beat, but it was a beat which revolutionized music and propelled any number of hit records to spine-tingling greatness. That African-inflected hambone rhythm, which was Diddley’s signature and calling-card, remains as infectious and compelling as ever. Backed by such hot-shots as Otis Spann and Little Walter, this is essential listening for anyone interested in the history of rock ‘n roll. “I’m A Man,” “Hey! Bo Diddley” and “Who Do You Love” are standouts, but the whole package is a delight.
See here

Chuck Berry Is On Top by Chuck Berry, 1959
Described as a “mini-greatest hits,” and as sumptuous as the cream-piled dessert which decorates its cover, Chuck Berry Is On Top dilutes the original rocker’s greatness to perfection. Backed by a top-line including Bo Diddley, Willie Dixon and The Moonglows, Berry sears his way through twelve originals, including classics such as “Maybellene,” “Johnny B Goode” and “Roll Over Beethoven.” This is joyous, rollicking vintage rock ‘n roll which manages to sound fresh and vital, sixty years on from its debut. Berry laid down much of the blueprints for the most seismic movement in popular music history.
See here

At Last! By Etta James, 1960
The debut studio album of one of the greatest ever voices in popular music, let alone jazz, At Last! is justifiably celebrated as  an enduring classic. James was in her early twenties when she laid down here such trailblazing recordings as “Stormy Weather,” “A Sunday Kind Of Love” and, of course, “I Just Want To Make Love To You.” A little bit of a sneaky entry, At Last! was first released on Argo Records, but as Argo was a sub-division of Chess, and the album was produced by Phil and Leonard, I’m sure you can forgive us!
See here

At Newport 1960 by Muddy Waters
There’s little doubt that McKinley Morganfield, aka Muddy Waters, deserves his title of “father of modern Chicago Blues.” A highly influential figure in the post-war blues scene, Waters is surely responsible for a host of top players relocating to the Windy City. Live blues albums from this period are a rarity, and this one in particular is a treat. Backed by his long-term band, including Otis Spann, Pat Hare and Francis Clay, Waters, who would have been in his late forties at the time, performs with the vigour of a man half that age.
See here

John Lee Hooker Plays And Sings The Blues by John Lee Hooker, 1961
Electric blues singer, songwriter and guitarist John Lee Hooker long since rightfully earned his place in the pantheon of blues greats. An incredible influence on so many major artists, both as a player and as a writer, Hooker was also a prolific recording artists, but they don’t come much finer than Plays And Sings The Blues. The songs hiss and snake their way out of the speakers. The music here is as visceral and elemental as the blues gets. Stinging, biting, weeping and wailing, the storm kicked up by a relatively sparse sound is astonishing.
See here

The Real Folk Blues by Sonny Boy Williamson II, 1966
Another stellar compilation of singles and unreleased tracks from the preceding years, this time from Sonny Boy Williamson II, a magnificent harp player and one of the most enigmatic figures in blues history. Alex (or possibly Aleck) Miller, born sometime in 1912, lasted long enough to play with both Robert Johnson and Eric Clapton. He first recorded with the great Elmore James on “Dust My Broom.” The tracks here, which also feature Buddy Guy and Fed Below, are exemplars of Williamson’s rousing, raucous style.
See here

Fathers And Sons by Muddy Waters, 1969
The second great Waters album on this list. This inter-generational meeting is no lame tribute, but the sound of new and old blues masters sparking off each other to great effect. A mix of studio and live recordings, Fathers And Sons features an incredible line-up which includes Michael Bloomfield, Paul Butterfield (both of the Paul Butterfield Blues Band), masterful drummer Sam Lay (The Original Thunderbirds), Donald Dunn (Booker T. & The MG’s) and the ever-reliable Otis Spann.
See here

The London Howlin’ Wolf Sessions by Howlin’ Wolf, 1971
Take one legitimate American blues master, mix him with Eric Clapton, Ringo Starr and the rhythm section from the Rolling Stones and you have the stuff of dreams made real. Mississippi-born Chester Arthur Burnett (the origin of the Howlin’ Wolf moniker remains disputed) was a blues singer, guitarist and harmonica-player like no other. His first commercial recordings were for Sam Phillips’ legendary Sun Records. Phillips, who will of course always be remembered as the man who ‘discovered’ Elvis, once said of Wolf that “he sang with his damn soul.” This remains one of his most celebrated albums.
See here

Complete Chess Masters by Lowell Fulson, 1998
We hope you’ll forgive us for sneaking in a modern compilation. Guitarist and songwriter Fulson was one of the most important and influential players on the West Coast Blues scene. He tackled every blues style imaginable, and recorded for many labels, but this set is a wonderful place to start. Spanning the years ’54 to ’63, arguable Fulson’s peak years, just a few seconds of any track is enough to show why Fulson remains such a revered musician.
See here

*As an Amazon Associate we may earn a percentage of qualifying purchases.