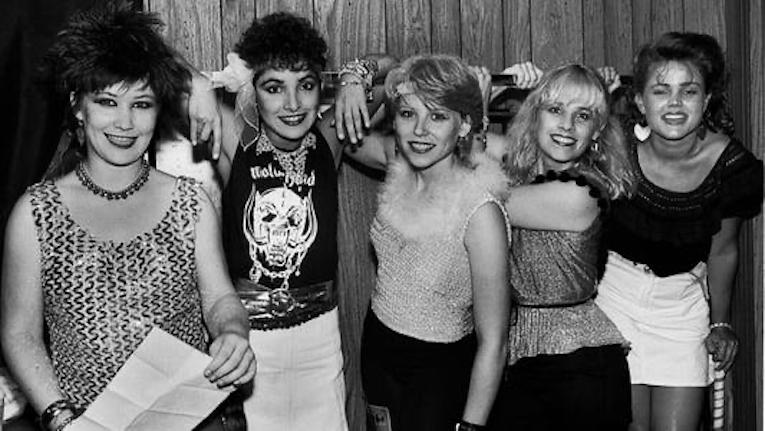 Superlative new documentary film The Go-Go’s is a candid, inspiring, and honest recounting of the rise, fall, and ultimate renewal of 80s rock legends, The Go-Go’s. Directed by Alison Ellwood, the film is an in-depth look at the life and times of the multi-platinum all-female group from its rugged beginnings in the late 70s Los Angeles punk scene through the band’s incredible success on MTV, its breakup, aftermath, and continued legacy in the present day. It premiered at the Sundance Film Festival in 2020, followed by a subsequent airing on Showtime that summer, and will come out on digital formats February 5th, 2021 via Mercury Studios. The film was awarded “Best Music Documentary” and “Most Compelling Living Subjects In A Documentary” at the 2020 Critics Choice Awards, in addition to achieving a 97%  positive rating on Rotten Tomatoes. It’s a wonderful film full of truthful interviews and archival footage that brings fans deeper into The Go-Go’s world than ever before.

Exploding into national consciousness at the beginning of the music video era, The Go-Go’s blew minds and broke barriers as the first all-female band to top the Billboard charts by writing their own songs and playing their own instruments. No other band has equaled that feat since those exciting days of the early 80s. The classic lineup of lead singer Belinda Carlisle, guitarists Jane Wiedlen and Charlotte Caffey, drummer Gina Schock, and bassist Kathy Valentine shared a chemistry like few others. The women created eternal pop/rock masterpieces like “Our Lips Are Sealed,” “We Got The Beat,” “Vacation,” and “Head Over Heels.” The Go-Gos lived out the rock and roll dream, and influenced countless female artists from then until now. Theirs is a story worth telling and director Ellwood handles it well.

One of the best things about The Go-Go’s is that all the principals involved have survived to relate their tales firsthand, which is sometimes a rarity in the world of rock music. The band took a wild ride on the success machine that saw them quickly go from a three-song gig at L.A’s famed Masque club to international stardom. That they are able to accurately tell their own history with the distance and perspective of adults is a luxury denied to many stars who didn’t live through their years of success and excess. The film deals with the tough issues of money, drugs, and egos in an honest and unflinching way, as well as the wreckage each left in its wake.

The Go-Go’s is a treasure trove of vintage film clips, photos and recordings that Ellwood uses to paint a vivid picture of the Los Angeles punk scene in that period and the wide-open sense of community it fostered. The early sound of the group was as fast and loud as any all-male band and the documentary includes memories from original group members Margot Olavarria (bass) and Elissa Bello (drums) who helped create it. What’s even cooler is we get to see the present-day band writing their female empowerment anthem “Club Zero,” which is their first new single in almost 20 years. The track brings the group full-circle with each other and proves that, despite the many ups, downs, and disagreements of their career, their chemistry is very much alive.

The Go-Go’s is a must-see for all whose adolescent trajectory paralleled that of the group’s success and will make many wish they could revisit that vanished time. It will also make you glad that the years have been kind to these five musicians and that they still sound like a perfect summer day, all guitars, hooks, and drums. This is one of the best music documentaries to surface in quite a while and every second of it is its own reward. Highly recommended. 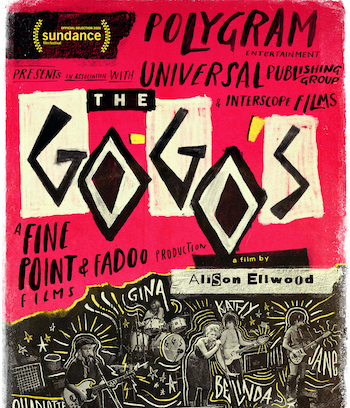