Review: ‘In My Prime’ Kai Strauss 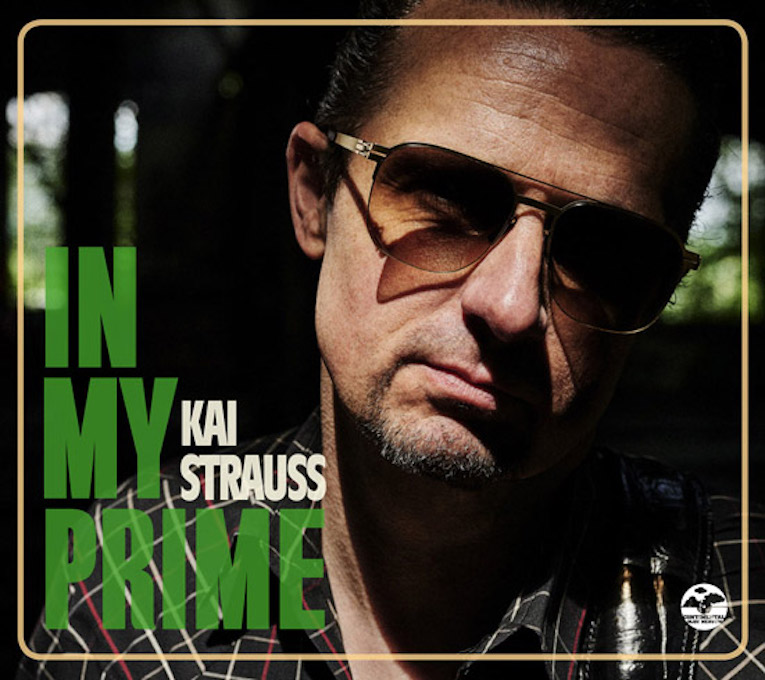 Hot-handed guitarist, singer, and songwriter Kai Strauss channels a wonderfully funky 1970s blues sound on his latest album In My Prime. Released in late 2020 on the Dutch CRS label, the record shows us Strauss at the peak of his considerable powers and more than lives up to its title. He has a deep connection to the Old Masters of the blues, which he blends with his own energy and experience gained on stages around the world, and should never be considered just one more European player rehashing his record collection. Strauss is grounded in the Chicago blues tradition but is influenced by all manner of authentic vibes and plays them his own way. As a result, In My Prime is an absolutely cracking set of new blues music that will appeal to old heads and young moderns alike.

Strauss has been constructing his sterling reputation as one of the top performers on the European blues scene since the early 1990s. His journey began as a member of Texas harmonica player Memo Gonzalez’ Bluescasters but he is now a fully realized solo artist with six albums as a leader in the can. He has the fireworks and credibility to be mentioned alongside the finest American players of any era and be taken seriously. He’s a musician of global importance who, now at the age of 50, really is in his prime as a player, creator, and recording artist. Clearly, his time is now and this new record will undoubtedly open a lot of big doors for him in the business and get even more new fans into his groove.

Kai starts the set with the slow and moody “Going To London.” He tells his tale of needing to trade country life for the big city over a chill, powerful pocket put down by the top-tier band supporting him. The horn section is particularly impressive here and throughout the album and is built around the playing of USA saxophone virtuoso Sax Gordon. They are regal and harmonious, adding ideal bits of color to anything they encounter. Kai’s guitar lines are lush and unhurried and his vocals are gritty and earnest. His phrasing is spot on, especially during his breakdown solo in the back half of the track.

Strauss then picks up the tempo with his titular song “In My Prime.” It’s a rollicking jump blues shuffle that he attacks with a fat, uncompressed guitar tone and blazing swing-informed ideas. Strauss lets us know in no uncertain terms that he’s still full of life and beyond ready to rock any house around. It’s a joyful, kinetic song that will wake you up and set your bones in motion. “Guest In The House Of The Blues” is upbeat and funky and keeps the dance party going quite nicely. This is full-on, vintage, large band soul, right down to the ultra-cool and sassy clavinet part panned hard left in the mix. Again, Strauss rocks his big guitar and delivers tough, strident vocals that come off honest and true.

“World Crisis Blues” gets back to some old-school shuffling while communicating a lyrical message rife with social commentary on the COVID-19 pandemic. The pairing works well and demonstrates the eternal nature of the blues and how it can always be made relevant. The groove is laid back but Strauss and the band remain on point. “Put That Bottle Down” is a particularly emotive slow jam about the pain of watching someone drink themselves into oblivion. Strauss digs in on guitar and vocals, making us feel the pain and helplessness of the situation. It’s a superb cut full of humanity and expression that will touch your soul. Be sure to also spin the righteous “Down On Bended Knee” and the closer “Wait A Minute Baby.”

Kai Strauss is the real deal Holyfield and puts his entire self into every note and word captured on In My Prime. He gives us all we could ask from a blues artist and more. The smart move would be to start listening immediately.

Watch “In My Prime”

Order link for In My Prime