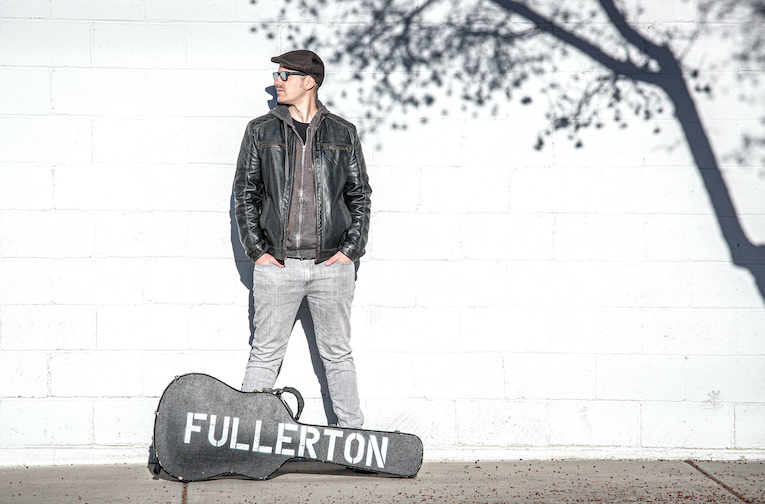 Award-winner AJ Fullerton, blues/roots/rock singer, songwriter, guitarist releases a new single from his upcoming album ‘The Forgiver and the Runaway,’ his debut release with VizzTone Label Group, out March 26, 2021.

From the mountains of rural Western Colorado,  AJ Fullerton is well known for his skillful guitar and powerful, soulful vocals and has received sixteen “Members Choice Awards” from the Colorado Blues Society since 2016 in categories including Young Performer, Guitarist, Solo/Duo, Male Vocals, Slide Guitar, Songwriter, Acoustic Act and Local Recording. A multifaceted artist who has gained wide acclaim in Colorado.

Produced by the multi award-winning Canadian multi-instrumentalist Steve Marriner (MonkeyJunk) in Toronto, Ontario, the album features an all-star cast of musicians including guest harmonica players Jake Friel and Paul Reddick. Fullerton write ten of the songs—the other two were written by JD Taylor and Colin Linden.

From the pulsating bass line and guitar hook, AJ Fullerton’s “Say You’ll Stay” is a catchy slice of blues and roots/rock with stellar musicianship and one hot vocalist/guitarist. Fullerton’s rich, soulful vocals steer this rocking tune into hit territory. Melodic, superb harmonica (Jake Friel) infuses this rhythmic, up-tempo tune along with tasty, fuzzed guitar riffs. We love this new single from AJ Fullerton and look forward to his forthcoming album. With Steve Marriner producing, it can only be outstanding.

Pre-save/purchase The Forgiver and the Runaway

A follow up to Fullerton’s 2017 release, Kalamath, The Forgiver and the Runaway was set for release in 2020 but the pandemic caused its delay, along with his touring schedule.