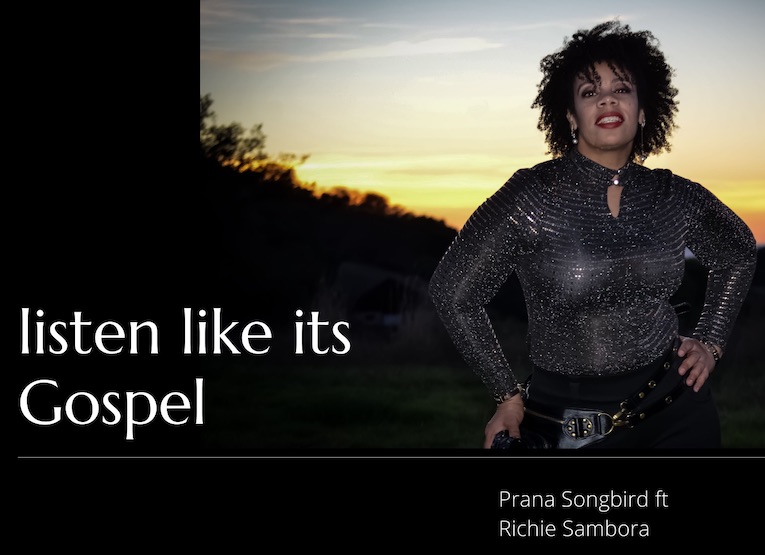 Featuring Rock Hall of Famer, Richie Sambora on guitar, “Listen Like It’s Gospel” was written by Thomas Marolda. Through the story and richness of the song combined with her powerful, expressive voice, the song is an anthem. Easily one of the best vocalists of our generation, Prana has toured internationally to critical acclaim. The song is also featured in the upcoming movie, Love Song & Power. The movie features Prana as one of the lead characters.

Singer, songwriter Prana is a French Creole with ties to the Choctaw Indian Tribe and was born in Detroit with a musical family. Her grandfather Filbert E. Martin, a Creole historian and writer, wrote songs for Motown with Barry Gordy. Her cousins Tyrone “Tiny” Aubert and Jerome “Geedy” Aubert, known as “The Aubrey Twins” performed with Stevie Wonder. Two generations later Prana circled back to her roots when she worked with The Original Vandella’s.

When people hear the gospel sound in her voice, they assume she sang in the church but she never did. Her name is from a culmination of different sources. Prana in Sanskrit means “life force” and “energy.”

Prana has performed on international stages and worked with Grammy-winning musicians. Most recently, she toured with The Honey Creepers Band and performed with Spirit of The Gulf Chorus. She collaborated with Grammy nominated singer/songwriter Paul Miles (“The Blues Man”), with composer Brian Leedy, Bridget Kelly, Mike Thomas, Amber Williams, and more.

Prana Songbird will soon be releasing additional singles off her upcoming album.