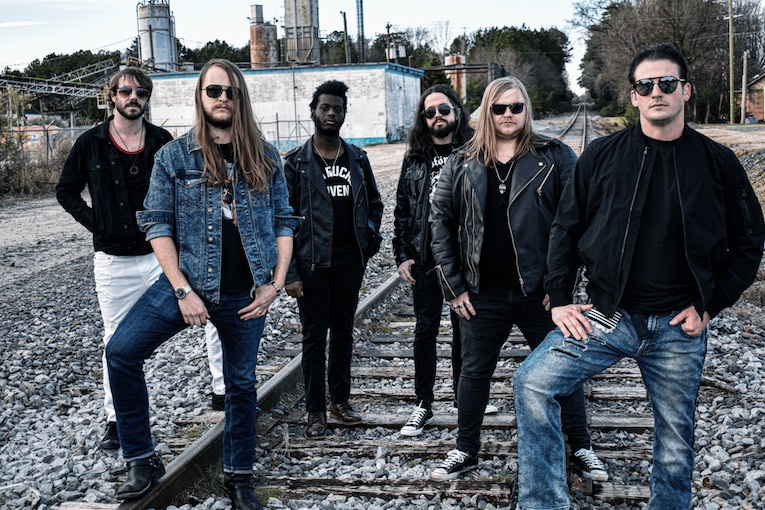 Hard rockers The L.A. Maybe come roaring out of the Carolinas on the band’s new record Dirty Damn Tricks. Set to drop March 26th, 2021 as an independent release, the set is an amazing collection of new songs that proudly displays the influence of rock giants like AC/DC, Van Halen, and Guns N’ Roses. Lead vocalist Alvi Robinson was one of only four singers AC/DC auditioned in 2016 when their frontman Brian Johnson endured career-threatening health issues, so you know from the jump that The L.A. Maybe has its sound and credibility more than together. Dirty Damn Tricks clearly puts the group at the vanguard of the New Wave of Classic Rock movement that’s gaining traction all over the world and demonstrates just how much muscle true rock and roll still has in the hands of True Believers.

Inspired by everything cool they’ve ever heard, The L.A. Maybe builds their sound on the foundational elements of rock and roll. Big, greasy riffs, huge choruses, impressive hooks, soaring vocals, and ripping guitar solos come flying out of your speakers at you in rapid succession and in such concentration that it would be easy to think this bunch was the greatest band you never heard from the original Classic Rock period. Thankfully, this is brand new work from a band on the rise that seems to understand it from the inside out. Dirty Damn Tricks delivers every bit of the swagger, skill, and kinetic energy that made us all love rock and roll from the beginning and will likely make converts out of listeners too young to have been there.

The crunching “Mr. Danger” sets the record into motion and it’s easy to see why vocalist Alvi Robinson made AC/DC’s short list. Robinson has that roughed-up, fearless sound needed to make convincing blues/rock and he would have been an excellent plug-and-play replacement in one of rock’s greatest bands. Once the chorus hits, however, Alvi shifts into a strong and melodic high register more akin to Sammy Hagar-era Van Halen and puts down a hit-record hook with the power to move the multitudes. The band behind Robinson goes hard and grooves mightily, making this a just-about-perfect rock song.

“Sucker Punch” is one of those absolutely raging rock songs that will make any packed house break loose into free-fall pandemonium. It’s fierce tempo and urgent riffery give the track that glorious up-for-grabs feeling that comes at the peak of a concert. Again, the verse is pure, bare-knuckle rock and the chorus is highly melodic. This is a great songwriting approach for this particular band, as the members do both sounds well. Most bands are lucky to master one, some don’t even get that far. The fact that The L.A. Maybe puts these two distinct flavors together so naturally says much about the depth of talent present in the group.

“She’s Reckless” is another all-out rock jam with a Guns N’ Roses vibe to it that hits like a wrench to the head. It’s a breakneck, body-motivating song that shows a different side of Robinson and the rest of the band. Everyone involved helps to propel the track forward and it’s impossible to not be swept along with them. “When I’m Gone” is a prime power ballad with a Southern Rock sound that makes it stand out. The lead guitar work here is sweet and lowdown and Robinson again shows that there’s no type of rock song he can’t put across.

Dirty Damn Tricks rules from beginning to end, so be sure to listen straight through so you don’t miss crucial deep cuts like “Fake” and “Up Next To You.” The L.A. Maybe could be the most important band in the USA right now just because they get rock and roll so right. The band’s grasp on what needs to happen to keep rock music moving forward while keeping its spirit alive is intuitive and on target. You have GOT to hear this record. 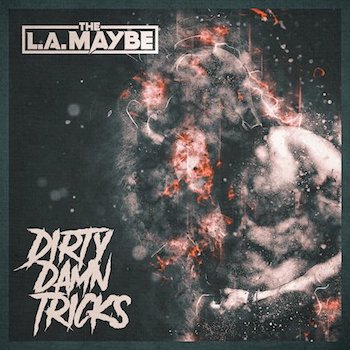