Review: ‘In Another World’ Cheap Trick 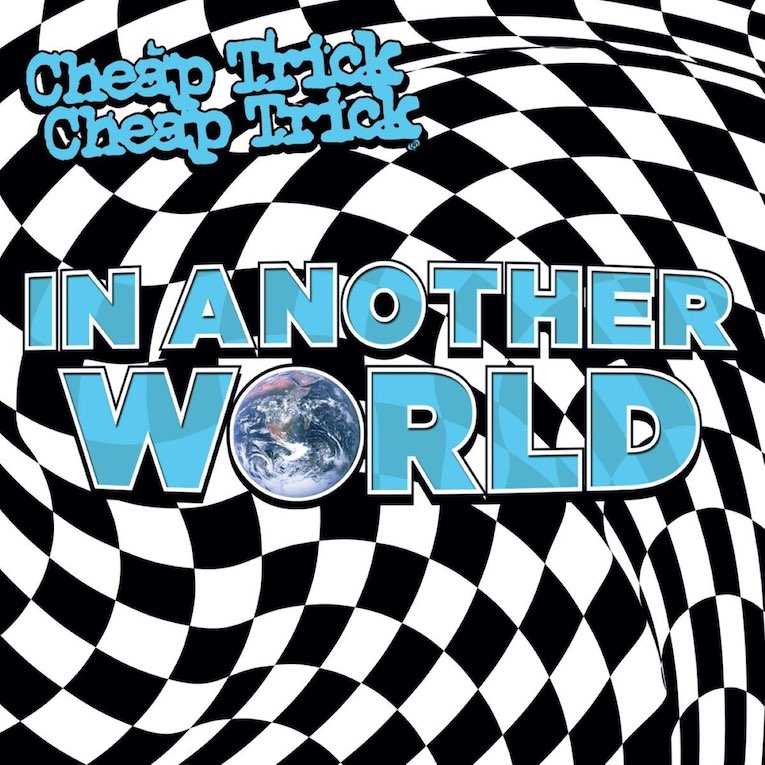 Rock and Roll Hall of Fame inductees and legit musical legends Cheap Trick prove their flame is still burning brightly on the band’s 20th studio album In Another World. The record arrives April 9th, 2021 via BMG and will absolutely delight Trick’s massive, eternal fan base. In many ways, Cheap Trick are the last band standing from the wild and wooly 70s that never stopped making quality new music or became part of the nostalgia circuit. The group’s creative standards remain high and their joy in exploring new sounds and songs is clearly evident.

In Another World is as great a record as Trick has ever made and it gives listeners every indication that the four-piece outfit will go on forever. The new set will be available digitally as well as on standard black vinyl and CD. Limited-edition blue and white splattered vinyl will be available at independent record stores nationwide, as well. In addition, a limited-edition picture disc will be available exclusively at Target stores.

Cheap Trick began in the thriving Midwestern metropolis of Rockford, Illinois in 1974 and has become a worldwide institution thanks to a combination of incredible pop/rock songwriting, cheeky humor, and decades of scalding hot live shows. Band members Robin Zander (vocals, rhythm guitar), Rick Nielsen (lead guitar), and Tom Petersson (bass guitar) created a body of work that includes a streak of certifiably classic tunes that range from “He’s A Whore,” “California Man,” and “Dream Police” to “Surrender,”  “I Want You To Want Me,” and the worldwide #1 hit single, “The Flame.” They’ve sold more than 20 million records and earned an ironclad spot in the history of rock and roll. The present lineup, which also contains drummer Daxx Nielsen, was one of the hardest-working bands around until COVID-19 showed up, still lighting up over 150 gigs a year.

In Another World kicks off with the insanely-catchy “Here Comes The Summer,” a good-time anthem full of everything that makes Cheap Trick a treasure. It’s a driving rocker packed with unforgettable vocal hooks, tough-toned guitars, and that Beatles-but-heavier vibe that has always been a key component in the band’s sound. Robin Zander is arguably the most ageless singer in the business and his clear, soaring tenor voice is as strong now as it ever was. Rick Nielsen still churns out epic guitar parts that support the intense melodic activity above them and this track flexes the fact that he and Zander remain masters of their domain. It will make you love them all over again.

“Quit Waking Me Up” puts down a ton of pure, major key pop magic loaded with horns and big hooks. Nielsen adds the guitar grit required to season Zander’s sweetness and keep things real as only he can. The rhythm section of Tom Petersson and Daxx Nielsen are lively and dynamic and put the snap into this sunshiny cut. “Boys & Girls & Rock N Roll” harkens back to Trick’s signature style forged in clubs around the Midwest. It’s a brilliant piece of guitar rock that would do well in any era it was released in. Rick’s guitar tones are huge and satisfying and Daxx does fine work as the spark plug propelling the band forward.

Always eclectic, Cheap Trick rolls headlong into a pumped-up blues/rock sound on the roaring “Final Days.” The track features harmonica from Grammy Award-nominated singer and Wet Willie frontman Jimmy Hall, who cuts heads with Nielsen’s guitar like they were in a cramped, sweaty bar with bragging rights and whiskey on the line. It’s really a fun track and shows how diverse this crew can be. Another wonderful moment here is the cover of John Lennon’s still-relevant “Gimme Some Truth” that features a guest appearance from Sex Pistols’ guitarist Steve Jones. Again, Cheap Trick digs in and makes something unexpected yet awesome come to life. In Another World is an unquestionably masterful record that finds Cheap Trick in top form, brimming with heart and muscle. They’re not getting older; they’re getting better.

Pre-order link In Another World