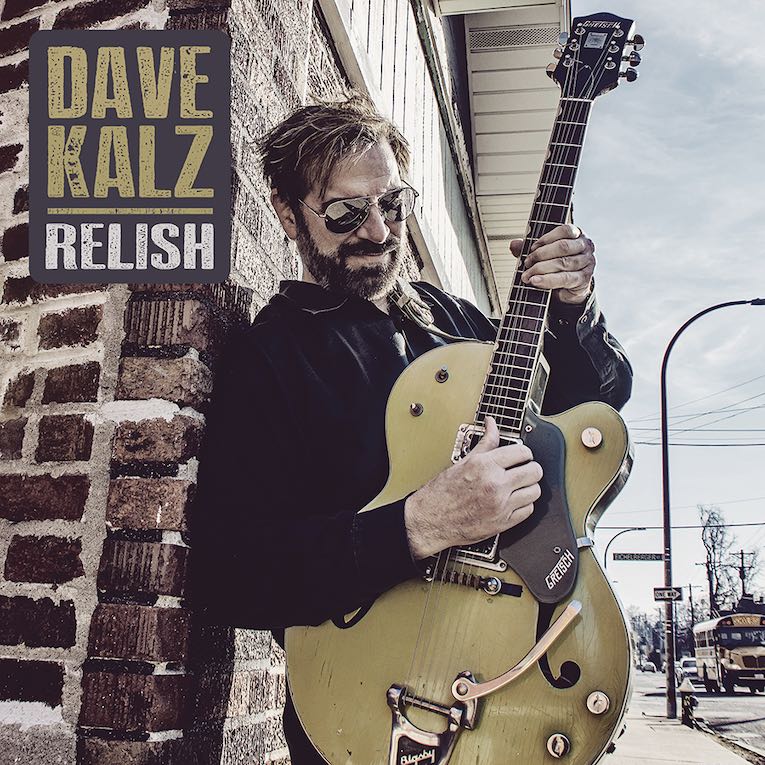 Dave Kalz and Gulf Coast Records founder/co-owner Mike Zito met years ago in their hometown of St. Louis, so, it was only fitting for them to return to their roots and record Dave’s debut album on Gulf Coast Records at Sawhorse Studios in St. Louis. “I’ve known Dave Kalz for 30 years,” said Mike Zito in making the announcement. “He is an inspired guitarist and musician full of heart and soul.”

From 1998-2000 and 2005, Dave Kalz was a founding member of Devon Allman’s Honeytribe, which toured as the opening act for Devon’s father, Gregg Allman, and also performed shows with The Allman Brothers Band, Dickey Betts, Chuck Berry, Little Feat, Molly Hatchet, Night Ranger, Gregg Rolie and many others.

“When I first met Mike Zito, he was working at Metro Guitar Shop in St. Louis and playing in a country band with a DJ from a popular St. Louis radio station,” recalls Dave Kalz. “I was playing in a St. Louis band that had become very popular on a local level. Mike and I immediately hit it off. We heard a lot of the same tones in our heads and listened to a lot of the same music; we saw the world from similar points of view…..and we shared a love for Fender Telecasters. We’ve been friends ever since, and when I knew I was going to put out this record, I wanted to do it with Mike.  It was never a question of ‘if,’ just a question of ‘when.’”

Dave Kalz began playing music in St. Louis but later moved to the Milwaukee area, where he now lives. “After the original music scene and the downtown night life in St. Louis partially collapsed, I stuck it out for another decade or so. However, I recently moved to the Milwaukee area – which is of course mighty close to Chicago. We live right between Milwaukee and Madison. Some things about downtown Milwaukee remind me of the old days in St. Louis. Their downtown is very robust and active, and people are so nice and polite up in the northern Midwest.  It’s an easy part of the country to make new friends, and Chicago has a wealth of great blues and jazz. I still love St. Louis and visit there as often as I can. Some of my favorite venues in the country are still in the city of St. Louis.”

Dave Kalz has been in love with music from the start. “When I was 4-5 years old, I used to take my grandparent’s old records, spin them in a circle, and acting like my finger was the needle, I would make up my own songs…. singing my little heart out,” he says. “When I was 6 years old, I had an older cousin who turned me on to Led Zeppelin’s first album, 10 Years After’s Ssssh, and a whole host of records by B.B. King. By the time I was in 6th grade, I was playing air guitar on a wooden yard stick to records by Little Feat, the Allman Brothers, and Foghat. I was already knee deep in the swampier blues rock stuff. When I finally picked up a guitar as a teenager, I started learning how to form solos by playing along with Live at Fillmore East by the Allman Brothers and Waiting on Columbus by Little Feat. My world changed when I bought Deguello by ZZ Top, and then changed again when I first heard Texas Flood by Stevie Ray Vaughan. But when I turned 21, and I saw Albert Collins play at Mississippi Nights in St. Louis, and the Arc Angels at the same venue not too long after that, everything I thought about guitar tones changed. It was like someone lifted a blanket off of the guitar amp in my head, and suddenly, I knew what I wanted out of my fingers, my guitar, and my amp.

“My first trip to New Orleans, followed by a trip to the New Mexico and Arizona deserts changed how I would write and hear the music in my head forever. It became more spiritual…. but also more nasty and swampy. I wanted my guitar to emote sounds that evoked grit and grease, but with a hint of dark mystery, intrigue. And I wanted it to sound like a big Mack Truck trying to fit down a tight back alley, squeezing its way through as it pushed everything around it.  Everything I do now goes back to that. That’s the sound that has been in my head ever since.”