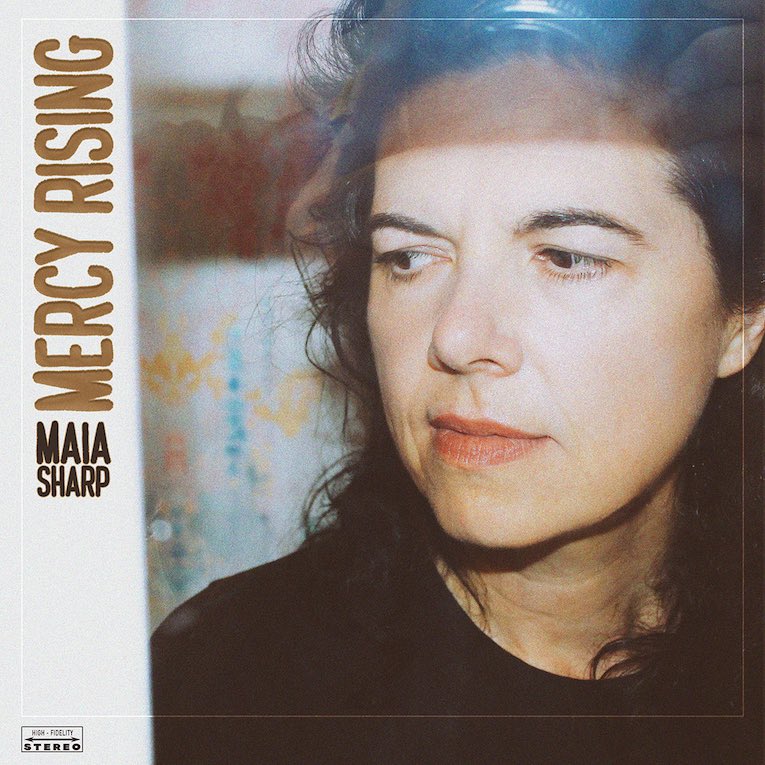 Gifted singer, songwriter, and producer Maia Sharp gives us a glimpse of what top-level talent actually looks like on her new solo album Mercy Rising. Released May 7th, 2021 via Crooked Crown, Mercy Rising is an irresistible, literate, and tuneful set of roots music 2.0 that has the substance and smarts to put the world right, at least for a few minutes.

Sharp is a formidable songwriter whose tunes have been covered by stars including Bonnie Raitt, Cher, The Chicks, Terri Clark, Trisha Yearwood and Kathy Mattea, and Lisa Loeb. She is also a fine solo artist with six solo releases, a collaborative project with Art Garfunkel and Buddy Mondlock called Everything Waits to be Noticed, and her latest duo project Roscoe & Etta with writing/production partner Anna Schulze to her credit. Sharp has toured extensively in  the US and UK and appeared on Mountain Stage, Acoustic Cafe, World Cafe, NPR’s All Things Considered, CBS Early Morning, and The Today Show.

Maia has been immersed in music since childhood. Her father is three-time Grammy Award-winning singer-songwriter Randy Sharp and Maia connected with his talent at an early age. She tracked her first song at age five, was playing piano, saxophone, oboe, and guitar by age 12, and began gigging behind her original songs in Los Angeles in her twenties. Her inspirations include Bonnie Raitt, Joni Mitchell, Jackson Browne, and Sting but Sharp infuses everything she does with a personal magic that keeps her in her own space. Maia is also involved with an organization called Songwriting With Soldiers that works with active-duty service members, veterans, first responders, and/or their families to turn their stories into songs.

From the first moments of Sharp’s title song “Mercy Rising” that opens the record, you get the feeling that you’re hearing a soft-spoken genius at work. Sharp easily blends bluesy fingerstyle guitar, orchestral strings, and intensely vulnerable lyrics into an attention-commanding track that pulls at your soul. Sharp’s vocals smolder and shift against this beautiful backdrop like embers left behind by a forest fire and will have you leaping for the “repeat” button.

“You’ll Know Who Knows You” switches gears and heads into melodic, acoustic soul territory. Smooth, sweet, and passionate, Maia puts down the late-night goods here that’ll keep every one of us coming back for more. Her presence on the microphone is cool yet sensual and it doesn’t take long to get addicted to it. “Nice Girl” is a gentle, snarky song about letting go of a lover who isn’t capable of having a stable relationship, even though their short-term vibes are incredibly attractive. “You’re gonna make some nice girl miserable some day,” Sharp sings, sharing the pain we have all felt in that situation. It’s a brilliant breakup song and deserves to be a hit.

Sharp turns up the heat on the country/blues/rock gem “Junkyard Dog.” It’s the tale of a woman scorned whose unquestioning loyalty was used and abused. This one shows Sharp’s aggressive side and again has her crossing genres like a songwriting master. Other songs on Mercy Rising that demand to be heard are “Not Your Friend,” “Backburner,” and the closer “Always Good To See You.”

Maia Sharp is a shining example of what a contemporary singer-songwriter can still attain with words and music. She takes each song exactly where it needs to go and has a knack for making her most profound emotions accessible to us all. Mercy Rising is a stellar release from a big-league artist. Overlook it at your own risk.