Review: ‘The Atomic 44s–Volume One’ 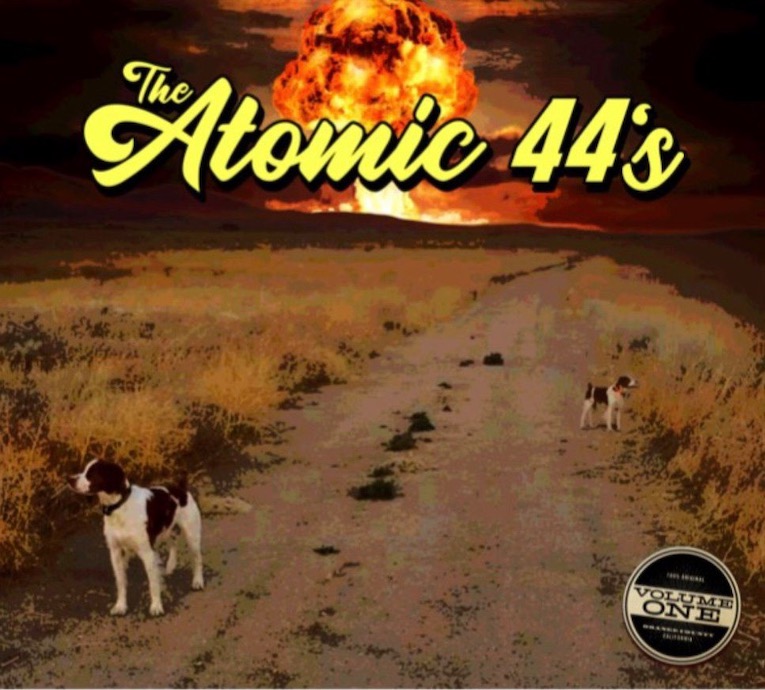 There’s a lot to savour on this new release from blues/roots supergroup The Atomic 44’s, who formed last year when heavyweights Eric Von Herzen (harmonica player for Walter Trout, Social Distortion, The Atomic Road Kings, Junior Watson) and guitarist/vocalist Johnny Main (The 44’s) upped the ante by combining forces. Since then, the “hardest-working blues band” has gathered both strength and momentum, culminating in The Atomic 44’s–VOL. 1, a set of nine original tracks featuring an impressive roster of roots luminaries, out May 28, 2021 on Bird Dog Records.

It’s worth running through the line-up in some detail. We have legendary player Jim Pugh on keys, the always-excellent Gary Ferguson (Etta James/Gary Moore) on drums, veteran bassist Bill Stuve, the versatile Taryn Donath (also on keys), award-winning vocalist Deb Ryder and guitarist Kid Ramos (The Proven Ones, Roomful of Blues, The Fabulous Thunderbirds). It’s an impressive list by anyone’s reckoning, and testament to the respect and star power Von Herzen and Main bring to the table.

Opener “The Boogeyman” rattles and moans with some frankly beautiful guitar before settling into a rustling, bustling stride. Von Herzen’s harp playing propels the band with cutting verve as twin-guitars fuzz and roll, piano vamps and Ferguson’s drums swing and sway. Main’s voice was made for the blues, edgy and raw with a deep growling vibe. This is indeed a fine set of musicians. When the band stretch out for a few bars of instrumental fun, the energy whips up to frenetic levels. Even at their most fiery, the player’s sound is loose and relaxed; that magic combination of strength and ease which only comes with an assured mastery of one’s chosen instrument.

That loose swagger permeates every track on this fine set. “Fade To Black” lilts and moans, a mid-tempo blues-rocker lifted far above the everyday thanks to those thumping, agile drums, snarling, buzzing harp and those circling twin-guitars. Special mention must go to Bill Stuve’s bass-work. His subtle, hypnotic pulse underpins everything else here, allowing the other musicians to expand and contract like the proverbial well-oiled machine. Main’s voice is a constant force, human and relatable, weaving in and out, a perfect foil for Von Herzen’s swooping, diving runs. On “Olivia,” the Atomic 44’s throttle into classic Chicago-blues mode, kicking up an irresistible, dusty groove. There’s some deep, barrel-house piano here, and once again Von Herzen sends out a clarion call on harmonica.

“Ol’ Mexico” chimes, flutters and drives; a sunny highway song full of vigour and verve. Vibrato guitar rings and swerves, a magical solo over clattering cymbals and muscular rhythm. “Lyin Still” is a stuttering, slow-burning high-light. Buzzing harp shines mantra-like, a simple, captivating hook around which the band swirl, deep and dark. Ferguson and Stuve are rock-solid, with a notable touch of swing and subtle funk tones. Indeed, there’s a lot to listen to here, and plenty of reward for repeated spins. For an outfit formed only last year, The Atomic 44’s sound as if they have playing together for decades.

“My ’49” closes the show in rousing form, a high-speed, high-energy blues burnout. “Buried on a hill-side, covered with mud and dirt,” sings Main as the assembled musicians rock out with sublime power. Deb Ryder’s backing vocals shine through here, harmonizing perfectly with Main’s more grizzled delivery. As with every track on this fine album, when the band let loose it’s a delight to hear. The Atomic 44’s–VOL 1 is as exciting a set of contemporary blues as you could wish for. There is surely a lot more to come from the Atomic 44’s, and every blue’s fan will look forward to that.

The Atomic 44s Volume One will be available on Amazon July 16, 2021 In the meantime, you can email Eric to purchase the album at evharp13@gmail.com or jmain96@gmail.com