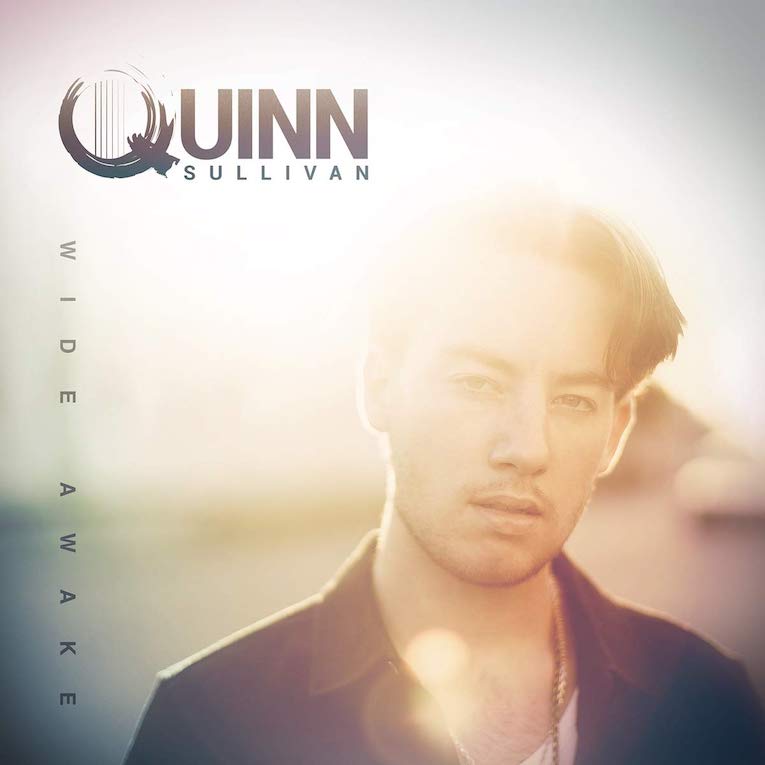 22 year-old Quinn Sullivan can no longer be described as a guitar prodigy as he has matured exponentially as a musician, singer and songwriter, morphing into a fully developed artist with a sound all his own. Even with three solo albums behind him, Wide Awake is Quinn Sullivan’s breakout record with artful songs, striking and soulful vocals and guitar mastery that far surpasses most.

Wide Awake kicks off with “All Around The World,” a contemporary rock number with groove. Compelling vocals lead this track about Sullivan’s wish for a peaceful and loving world, revealing impressive songcraft as well as superb production by Oliver Leiber (Aretha Franklin, Rod Stewart, Paula Abdul.) As you might expect, Quinn has developed jaw-dropping skills as a guitarist–his melodic guitar riffs are played from a place of soulfulness, from experience, with space between the notes.

“I want people to understand who I am as an artist,” explains Quinn. “I think my audience will appreciate the fact that the guitar is still a huge part of who I am, and I can truthfully say all the songs are coming from a very honest place.”

Superb musicianship continues from Sullivan and the band on “She’s So Irresistible,” a modern rocker with heavy groove and gritty guitar, a touch of psychedelia, and thundering drums locked tight with bass and keys. A funky beat courses through the veins of this fun, uptempo track, revealing another side to Sullivan’s varied repertoire.

A soul-influenced, rhythmic ballad, “How Many Tears” features Sullivan’s vocals at their best. He leans into it, his voice compelling, carrying the melody with an impressive range.

A few radio friendly tracks infuse the middle of the album such as contemporary rocker, “In A World Without You.” Not unlike a young John Mayer whose innate guitar and songwriting brilliance shimmers, Sullivan offers a variety of styles.

As you get closer to the end of Wide Awake, a number of gems appear, revealing the nitty gritty of Quinn Sullivan, as is the case with standout “Strawberry Rain.” A rhythmic rocker with a slight Beatles influence, this track has all the trappings of a great rocker with heavy drums and Quinn’s melodic vocals and guitar phrasing. Sullivan’s songwriting seems to peak with songs about conflict, struggle in relationships. He gets down with a tremendous funky wah-soaked guitar solo. Guitar fans will latch on to this one with stomping drums and a locked in rhythm section. Honestly, I didn’t want Quinn’s guitar solo to end.

Continuing the thread of meaty, top-tier songs is another standout, “Jessica,” a beautiful ballad grounded by acoustic guitar. This track reveals Sullivan’s authentic talent for songwriting with meaningful lyrics and moving chord changes. You can hear that he’s feeling it as he sings about a woman with a painful past that surfaces in the present. Vamping on the outro, Sullivan’s vocal climbs into his head voice, proving that he is not just a capable singer who knows his way around a guitar, but a great vocalist.

Closing the album with more songwriting chops, Sullivan kills it on yet another beautiful song, “Keep Up.” A standout, his lyrics are flush with images, ‘a foggy interstate, a backstage, the city wind with a heart of glass.” Sweeping guitar, elegant piano and lush harmonies compliment this ethereal track.

Quinn Sullivan is poised for greatness.

Watch “All Around The World