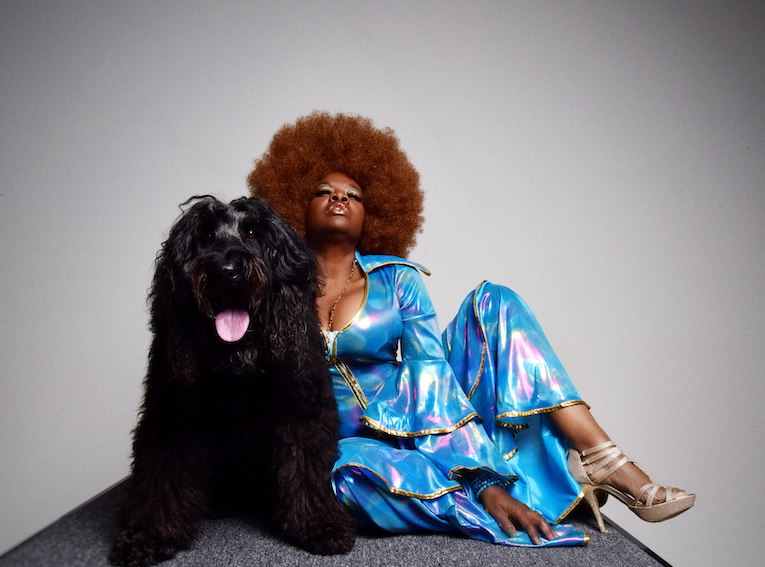 Rock and Soul Singer Bette Smith releases her new video “I’m A Sinner” from her album, ‘The Good, The Bad, and The Bette’ out on Ruf Records, produced by Drive-By Truckers’ Matt Patton. The rockin’ Smith puts her powerhouse spin on this killer original song. The magnetic, gutsy vocalist, songwriter and performer is one to see live.

Bette Smith will open for a series of dates for The Drive-By Truckers and Kenny Wayne Shepherd.

Wild rock & soul singer Bette Smith traces elements of her life-affirming new album ‘The Good, The Bad and The Bette’ to her childhood in rough Bedford-Stuyvesant, Brooklyn. Musically, it connects to the gospel music she heard in church and the soul music on the corners. No party host would regret putting on this platter!

Bette remembers, “My father was a church choir director. I was singing since I was five years old. I take it to church. I just break out, start speaking in tongues.” She also heard gospel around the house every weekend. “My mother listened to nothing but gospel,” she recalls, citing Mahalia Jackson and Reverend James Cleveland. “Every Sunday morning, she would get up and put on these records while dressing and praising the Lord,” she says. Bed-Stuy block parties would also have revivalist-style gospel acts. “I’m steeped in it!,” she adds.

This injection of soul music and gospel into rock & roll powered a breakout in 2017’s ‘Jetlagger,’ which received raves from NPR, Paste, American Songwriter, Billboard, MOJO, and a feature in the New York Times. Not just a critics’ darling, the album rose to #1 on the Roots Music Report chart and topped off a banner year with a celebrated appearance at the Montreux Jazz Festival. Billboard said, “A rugged, chugging southern soul record… Like Betty Davis or Betty Wright before her, she imbues tracks with shingly, saw-toothed texture, capable of breaking off a high note with a throaty cry or scraping so low and wide that she threatens to put her bass player out of work.”

The Brooklyn, NY native enlisted Drive-By Truckers’ Matt Patton and engineer/drummer Bronson Tew as producers at Dial Back Sound in Water Valley, MS; Patton has previously helmed projects by Jimbo Mathus and the Dexateens as well as contributed to albums with Dom Flemons, Seratones, and Candi Staton. He played bass on ‘Jetlagger,’ which was produced by Jimbo Mathus and the two found a kinship and shared vision. She says, “When I called on my producer Matthew Robert Patton, I told him that I wanted a southern rock soul/Aretha Franklin/’I once was lost but now I’m found’ theme.” He in turn enlisted guests North Mississippi Allstar Luther Dickinson (guitar on “Signs and Wonders”) and fellow DBT member Patterson Hood (vocals on “Everybody Needs Love”) to join him on the new album.

Patton says, “We wanted to get heavy into her rock side. Even the ballads on this record hit hard. We were pulling from Ike & Tina, Betty Wright and Betty Davis, stuff like that.”

Bette also went deeper in her own songwriting, vulnerably revealing a childhood trauma. “I told Matt a little about my childhood and my relationship with my mom. We outlined that we’d make the album about relationships, to reflect that part of my personality.” The album is sequenced to tell her story, from a present-day portrait of the strong woman she is to a flashback of her trauma and the emotional void she tried to fill with the party life, before receiving a sign and finding healing. Bette explains, “The album message is a story seen through the lens of a child, and then an adult, who still wears her scars of childhood—but also of hope, strength and optimism going forward in life. Often people think I’m very confident and strong, but they don’t know I’ve faced many obstacles and traumas I fought hard to overcome.”

She is in a good place today, saying. “I’m more than a survivor. I’m a thriver! I have hope, strength and optimism going forward in life. I’ve meditated twice a day every day for the past three years.” 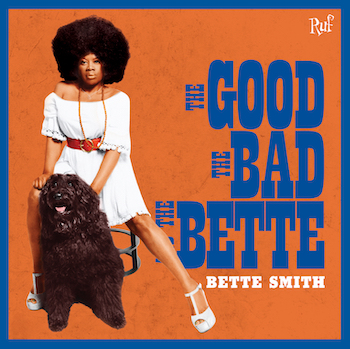 Stream/Download link for The Good, The Bad and The Bette