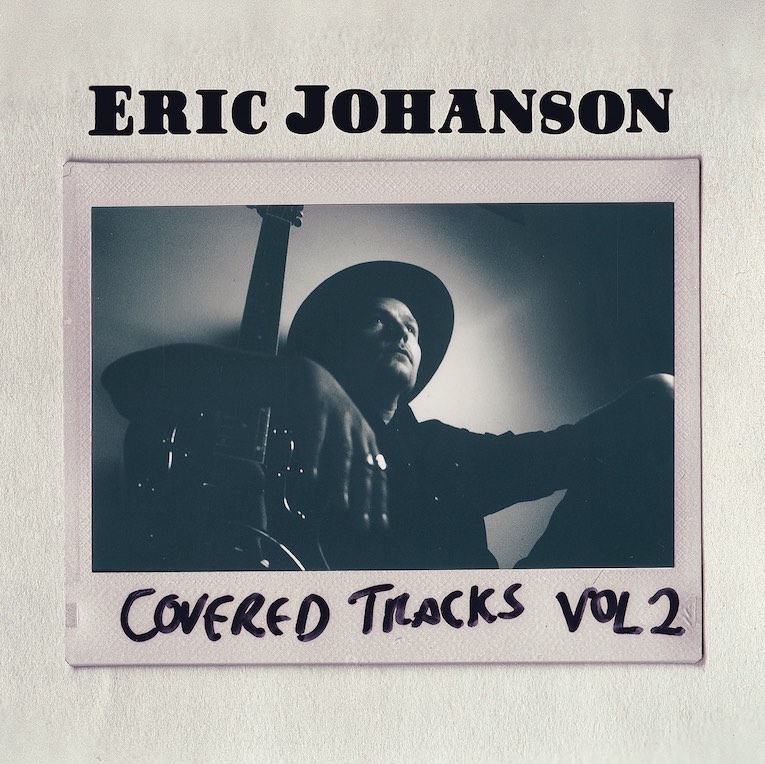 New Orleans guitar and vocal phenomenon Eric Johanson charges back into the fray with his newest release Covered Tracks: Volume 2. The set is another batch of brilliantly reworked cover songs that follows the success of Covered Tracks: Volume 1, Johanson’s first acoustic covers release. It comes out June 4th, 2021 and features the sound of Johanson acoustically digging into material from a diverse list of artists that includes The Neville Brothers, Fiona Apple, Leadbelly, Soundgarden, Mississippi John Hurt, and The Beatles. Cover albums let artists reveal the component parts of their souls one piece at a time and Johanson makes the most of this second opportunity to give us all a glimpse of how he hears the world. Like all modern artists, he’s a blend of every song that ever had an impact on him and Covered Tracks: Volume 2 demonstrates just how many genres of music are part of Johanson’s blues.

Eric Johanson has been building an amazing reputation as a roots music giant for some time. His organic mix of blues, roots music, and rock and roll has caught the attention of countless listeners since his debut solo album Burn It Down (produced by Tab Benoit) hit the pavement in 2017. He’s a top-tier slide guitarist, an expressive singer, and a master of both feel and vibe.

His most recent original studio album, Below Sea Level was produced by Luther Dickinson of North Mississippi Allstars fame. Johanson produced Covered Tracks: Volume 2 himself during the pandemic lockdown, recording the set as an outgrowth of the weekly acoustic livestream shows he began doing to stay connected to his fans. His minimalist interpretations of classic songs proved to be so popular that he tracked them and put them out for us all to enjoy.

Covered Tracks: Volume 2 gets off to a compelling start with Johanson’s hard acoustic blues reinvention of Fiona Apple’s “Sleep To Dream.” It’s not the kind of song emerging roots stars typically take on but Eric switches its gears and delivers a sublime version that makes perfect sense. He keeps Apple’s angst alive while turning the track into a new heavy acoustic expression. “Yellow Moon” by The Neville Brothers is the next song to get the Johanson treatment which, in this case, is a chill dose of steel-string funk and EJ’s silky vocals. Formerly part of Cyril Neville’s band, Johanson feels a direct connection to the track and uses it to honor and pay forward the incredible Neville legacy.

One of the mightiest moments captured here is Johanson’s soul-freezing take on “Death Letter Blues” by Son House. It’s an intense, unsettling song all on its own but Johanson gets every last bit of it and takes it even further. House’s stark, unflinching lyrics take on new fire coming from Johanson and his slide guitar work drives them into your heart. This is the real, unvarnished blues of emotional survival and existential dread, and Johanson puts it down like he lived it himself.

Another inspired song choice is Freddie King’s biting tale of economic woe “My Credit Didn’t Go Through.” Johanson pushes a hard, acoustic funk pocket through it and sings with the weariness of someone who has been struggling to stay alive for way too long. It’s a song many folks can relate to in our present situation and proves that the emotions that power the blues are timeless and eternal.

Soundgarden’s “4th of July” and The Marshall Tucker Band’s “Can’t You See” are left-field picks most listeners wouldn’t expect to hear from a blues-centric performer but their unexpectedness just makes them that much cooler. Eric Johanson continues his run as one of the most intriguing talents on the scene today and shows more artistic depth with every new release. If you’re looking for a legend in the making, he’s right here.

Listen to “My Credit Didn’t Go Through”