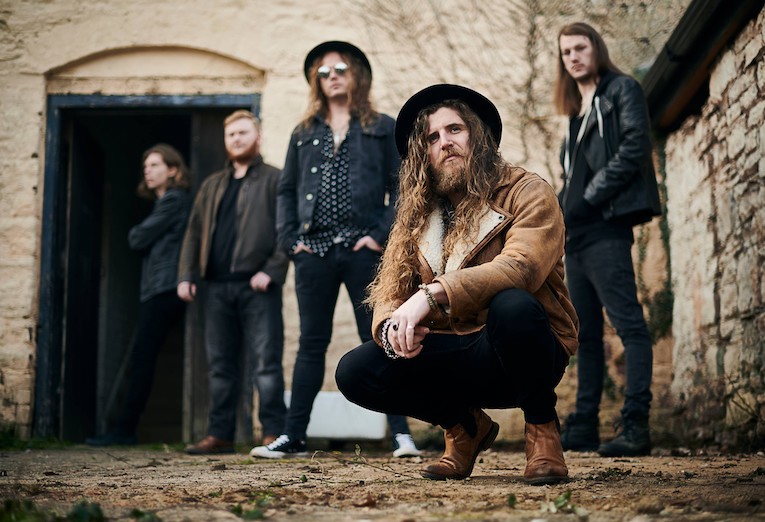 Stevie Westwood, frontman for the UK rock band Bad Touch recently did a Q&A about the band’s upcoming new album, “Kiss The Sky” out Friday, June 19th, 2020 on Marshall Records.

You recorded the album in the iconic Rockfield Studios. Tell us more what it was like to record the album there.

Completely jaw-droppingly awe-inspiring. We are so privileged as a group of friends to have recorded in a place with such musical gravitas. It really did kick us up a notch as musicians, and just felt so right. Plus, I got to sit at Freddie’s piano, the one he wrote ‘Bohemian Rhapsody’ on, it doesn’t get much cooler than that. Plus, everyone of the Rockfield team was brilliant and special mention to our producer, (who later became our friend), Nick “Brino” Brine… He deserves a serious pat on the back. Through many tireless hours, he’s managed to capture and refine that raw energy that we’ve always had, but always struggled to get down on recordings up until “Kiss The Sky,” so to him we owe tremendous thanks.

Tell us more about the concept of the album. What is the overall message?

We’ve always been and will always be Bad Touch. We play feel-good rock n roll for the soul. Our never ending mission to give you the night you’ll never forget; a break away from the monotony and tyranny of life, and to leave anybody who is awesome enough to come to a gig smiling from ear to ear. That’s our mantra. This album is 110% just that, this is a dancing round your bedroom, annoying your neighbours album; that we hope people will love any bit as much as we do.

What does the album mean to you on a personal level?

It means the world, it’s my life, it’s all of our lives. Pieces of ourselves smooshed together into something fun and beautiful (hopefully…) We’ve been a team for a decade now and to think, through all the ups and downs, that we’re still together, as a family, and producing stuff like this… “awesome” doesn’t even summate it. Eighteen-year-old Stevie would be happy…

What was your inspiration for this album?

We wrote the album as a team, as we always do. Our inspiration just being to want to write the best music we possible could, music that we love and that we’d love to play in front of people, and that hopefully they will love too. I believe we’ve done it.

What can fans expect from the album and what do you want them to take away from it?

We want people to have as much fun with this album as we had recording it (hopefully without the headaches!.. Though if you crank it to 11, we can’t promise!)

This album has been the hardest one to write so far, for all the right reasons. We’ve put so much into this as individuals and collectively as a unit, and we’re super proud with the end result. It’s fun, it’s loud, it’s in-your-face, it’s everything that Bad Touch have always been, plus so much more.

The album sounds great. What was your aim to achieve with this album, sound wise?

We have taken a lot more time, effort, sweat and tears when it came to this album from the get-go. Our attitude to songwriting was a lot more critical. If a song wasn’t cutting-the-mustard, we either changed it until it did, or we binned it and moved on. No compromises.

As a unit we are so proud of what we’ve created. It’s 110% Bad Touch, and it has taken everything, that each member had to give, to create. It’s been a hard-fought album, we’ve come the closest we ever have to killing each other, but the end product is beyond what we could have hoped for. 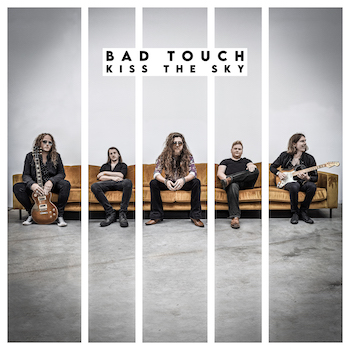