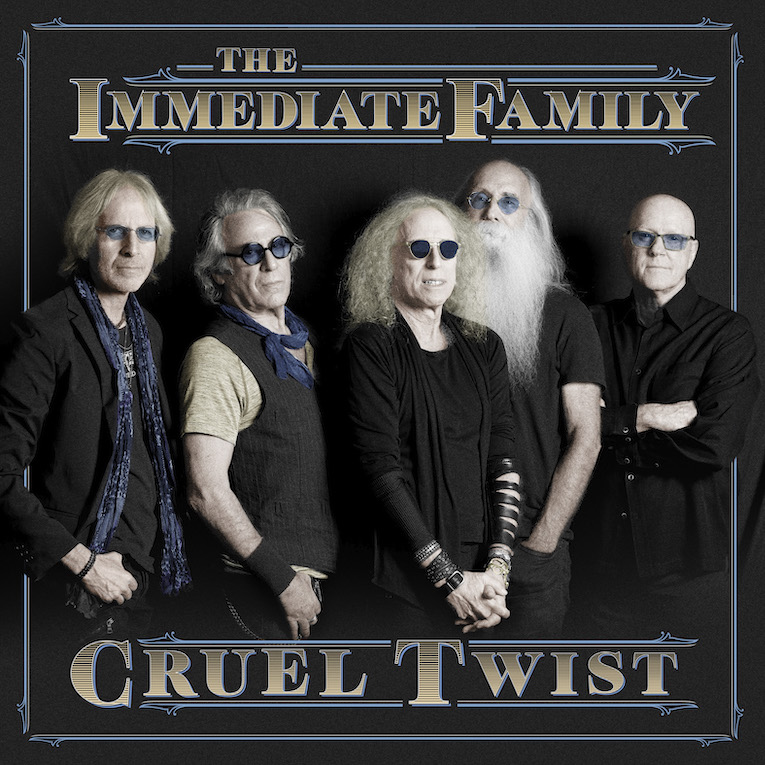 Commenting on the creation of the song, Kortchmar remarks, “I wrote this song a while ago when I was living in Connecticut. The great Harvey Brooks, Charlie Karp and I had a little band called ‘Slo Leak,’ and I was writing for that band. Harvey came up with the title and I came up with the music very quickly. Basically, it’s a cautionary tale, like a lot of my songs. It kind of applies to today, because it’s about a reversal of fortune like what’s happening now with the virus and the economic downturn. Ultimately, it’s a blues song about what can happen if one gets too confident and too full of oneself.”

The band is the evolution of a lifetime of friendship of playing music together: it began in the 1970s as a collective of studio and live musicians known as “The Section,” best known for both their work in support of some of the top selling singer/songwriters and solo singers in the history of music, as well as their own acclaimed instrumental albums. Collectively, these musicians helped define the sound of a generation by supporting many of the most iconic artists of the last five decades, including James Taylor, Carole King, Linda Ronstadt, Jackson Browne, Keith Richards, Neil Young, David Crosby, Graham Nash, Don Henley, Phil Collins, Bonnie Raitt, Warren Zevon, Stevie Nicks, Bryan Ferry, Lyle Lovett and Jimmy Buffett – and as well as for producers Lou Adler and Peter Asher.

Operating as The Immediate Family for the last few years, the band has been performing live and recording new original music, and most recently found its stateside home with QVR.

Speaking about “Cruel Twist,” Legendary DJ Jim Ladd (host of SiriusXM Deep Tracks Channel 27) remarks, “I love this timely new song from musicians that have seen their share of every stadium on the planet. “Cruel Twist” is a cool gem! The Immediate Family has years of experience performing on the road and in studios with so many talented artists. These amazing players are now a band of their own that we can all sing along with and be Immediate Family together. We need that now more than ever. It is their time to rock us through the 2020 struggles.”

Additionally, production continues on the group’s upcoming documentary The Immediate Family, filmmaker Denny Tedesco’s exploration of the band’s rich history, which also serves as the follow-up to his acclaimed feature The Wrecking Crew, which spotlighted an earlier group of Los Angeles studio pros.

Danny Kortchmar’s credits as guitarist, producer, songwriter, and session musician include work with James Taylor, Don Henley, Carole King, Linda Ronstadt, Jackson Browne and Billy Joel, among many others. As a songwriter, Kortchmar has both written alone or collaborated with numerous artists, penning indelible tracks such as Don Henley’s “Dirty Laundry,” “All She Wants to Do Is Dance,” and “New York Minute,” as well as Jackson Browne’s “Somebody’s Baby” and “Shaky Town,” to name a few.

Legendary guitarist, producer and songwriter Waddy Wachtel has worked with many of the same artists as Kortchmar, as well as artists like the Rolling Stones, Keith Richards, Stevie Nicks, Randy Newman, Bryan Ferry and the late Warren Zevon, with whom he co-wrote and produced a number of hit songs including “Werewolves of London,” which The Immediate Family has included in their set list. Wachtel’s production work includes Keith Richards, Bryan Ferry, George Thorogood and The Church, and he has composed numerous scores for feature films.

Leland Sklar has performed in the studio and on tour with Phil Collins, James Taylor, Toto and Billy Cobham, to name a few. Actually, Sklar has the most credits of any of the members of The Immediate Family, having worked on over 2,600 albums.

Steve Postell is a seasoned touring and session player who has worked with David Crosby, Jennifer Warnes, Michael McDonald, John Oates, Robben Ford and many others. He recorded and mixed the final 3 performances of Ravi Shankar, and has scored films including “Dying To Know” about Timothy Leary & Ram Dass and narrated by Robert Redford. He has released several solo records, including the critically acclaimed “Time Still Knockin’” on Immergent Records.