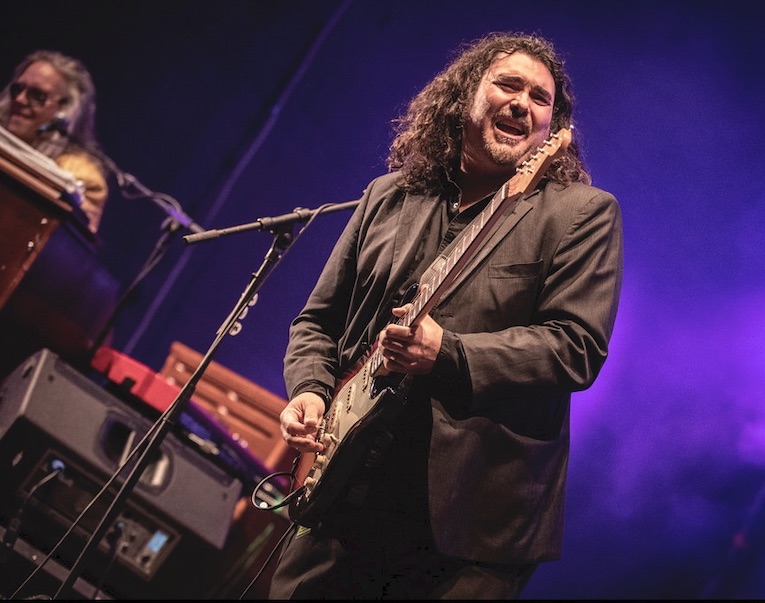 We are pleased to premiere the video “The New World Blues” by blues rock guitarist, singer-songwriter, Alastair Greene from his new album, The New World Blues out October 23, 2020 via Whiskey Bayou Records and produced by Tab Benoit.

With killer slide guitar and rockin’ vocals by Alastair Greene, “The New World Blues” reminds us to focus on the important things in life such as love, putting your family first, and finding time to relax and enjoy even with what’s going in in the world right now. Alastair’s piercing slide solo reveals what Tab Benoit said about Greene’s playing “Alastair Greene makes it clear why he’s a ‘guitar player’s guitar player.”

Alastair says, “I knew I wanted to release the title track from The New World Blues as a single and a video. It’s definitely the heaviest song from the record, musically. It started life as more of an up-tempo Rory Gallagher song. When we were jamming it at Tab Benoit’s studio, Tab started playing the drum groove that you hear in the final version and we all knew that was what the song needed.

Lyrically, the “The New World Blues” expresses the heaviness that is going on in the world as well, but I tried to mix some positivity in there, something up lifting. Just like the majority of the songs on the record, this was written back in February of 2019. I knew it was going to be the title track back then. It’s crazy how some songs become more relevant as time marches on. I found a really talented guy in Sweden who makes lyric videos and just handed over the reins to him. I think he did a great job.”

Greene traveled to Houma, Louisiana to record with Grammy nominated Benoit, who produced, played drums and sang harmonies on this record, and bass player Corey Duplechin. “This is definitely the most stripped down blues-based album I’ve ever made. The vast majority of this record is live in the studio with very few overdubs and many were first or second takes,” says Greene.

The 11 songs on Greene’s The New World Blues cover a lot of ground, tying together Greene’s varied influences into his deeply rooted playing, singing, and songwriting. Some tracks give a nod to rock icons like Gary Moore and Peter Green, others find a funky blues groove. Some are driven by Greene’s tasty slide guitar, while others capture the feel of the Cajun environment, paired with a rock-solid Louisiana rhythm section.

Greene’s rock credentials include eight years of international touring on guitar and vocals with the Alan Parsons Project, and major dates with Starship featuring Mickey Thomas; as a blues player he is a longtime regular and host at the Memphis-based Blues Foundation events, performances and showcases, has been a featured performer at the Big Blues Bender and the Legendary Rhythm & Blues Cruise, and traversed the globe over the past year touring with Sugaray Rayford’s band, which was nominated for a 2020 Blues Music Award. The Alastair Greene Band, which has drawn comparisons to Gov’t Mule, ZZ Top and Cream, just celebrated their 20th anniversary with a two-disc live album. 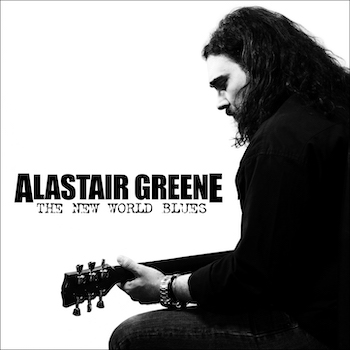