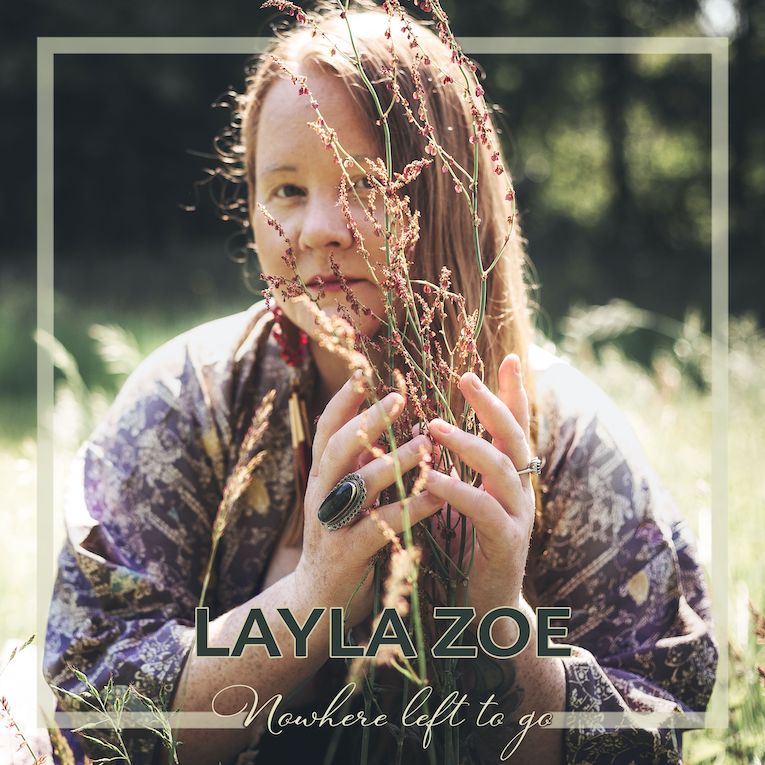 Award-winning Canadian roots music vocalist and songwriter Layla Zoe delivers another incredible set of new songs on her 15th album Nowhere Left To Go, which drops independently on January 8th, 2021. In spite of a year full of turbulence that left many struggling to survive, Zoe dug deep into herself to write, record, and release a vibrant and beautiful album that showcases her mighty vocal skills and songwriting styles. Zoe has big-time singing chops that she employs to navigate her mix of blues, rock, folk, and gospel sounds. This time out, she self-produced and also called on talented friends from around the world like Jackie Venson, Alastair Greene, Bob Fridema, Suie Vinnick, Guy Smeets, Brandi Disterheft, and Dimitri Lebel to assist her in raising roofs and bringing these ten new tracks to life. The resulting record is a blast from start to finish and makes an ideal way to begin the new year.

Zoe has accomplished much since starting her musical journey at age 15 performing with her father’s band, singing in school musical productions, and giving poetry readings. She has developed into a multifaceted once-in-a-generation talent who has performed at many vitally important festivals and venues in the international blues scene and shared stages with many of the genre’s most iconic performers, including John Mayall, Coco Montoya, and Walter “Wolfman” Washington. She also won a European Blues Award for Best Vocalist in 2016. Zoe has built a solid career and body of work out of pure ability and effort and Nowhere Left To Go is likely to lift her even higher and break out to a much larger audience.

Nowhere Left To Go was recorded remotely in proper pandemic protocol but you’d never know from the warm and organic vibes that permeate the album right from the gospel-tinged opening cut “Pray.” Co-written with rising star Jackie Venson, it’s an unapologetically spiritual song built around Layla’s inspiring vocals and a bold piano part that centers the arrangement. It’s a brave and atypical way to start an album but Zoe uses it to immediately show listeners who she is and what she’s about.

Zoe’s title track, “Nowhere Left To Go,” is a tough, mid-tempo blues/rock song full of grit and grind. Another Venson co-write, the track lets Layla get rough and intense on the microphone and display a completely different side of her voice than on the previous cut. Zoe’s inherent soulfulness is the connective tissue that runs through these songs and the rest of the record and keeps listeners following her no matter where she goes. “Don’t Wanna Help Anyone” is a funky rocker co-written and recorded with the amazing Alastair Greene that splits the difference between Hendrix and Led Zeppelin in absolutely ferocious way and has the voltage required to get a stadium full of fists in the air. Zoe wails like a young Robert Plant in his prime, soaring over the raging guitar and drum parts below and teaching us all a lesson in what it means to rock and roll.

“This Love Will Last” is a tender old-school R&B song written with Dimitri Lebel that brings us Layla using the smoother part of her voice but still maintaining the rock star presence she keeps in her back pocket. The lead guitar work here straddles the melodic line between R&B and country, which are closer kin than many realize, and is epically tasteful and perfectly played. Other bright spots on the record include “Little Boy” and the closer “Dear Mom.” Layla Zoe has a hot one on her hands with Nowhere Left To Go. The set feels like the culmination of her career thus far and spotlights her technical and stylistic mastery of American music. Get it in your headphones now and keep it there for the rest of the year.

Listen to “Nowhere Left to Go”