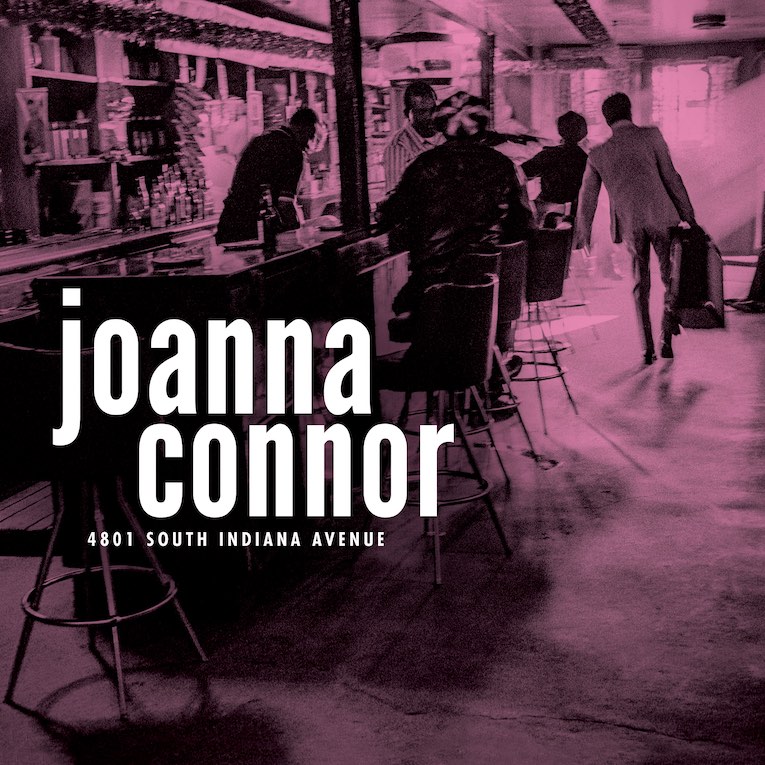 Virtuoso slide guitarist, singer, and songwriter Joanna Connor lets her blues take flight on her brand new album 4801 South Indiana Avenue. Produced by Joe Bonamassa and Josh Smith and set to drop February 26th, 2021 on Bonamassa’s Keeping The Blues Alive record label, the set shows Connor at the absolute top of her game. She’s a high-energy player with a fierce, slashing guitar style, a huge, emotive voice, and non-derivative songs that don’t always do what blues fans expect in the best possible way. 4801 South Indiana Avenue takes its name from the street address of legendary old-school Chicago blues spot Theresa’s Lounge, a hallowed club from the city’s past that brought the blues to life every night. Connor, along with a studio band made up of Bonamassa, Smith, keyboardist Reese Wynans (Stevie Ray Vaughan), bassist Cavin Turner, and drummer Lemar Carter, do fine work channeling the kind of fire and magic that went down at Theresa’s back in the day.

Joanna Connor has been part of Chicago’s intensely talented blues community since the 1980s. She spent many years playing with Dion Payton and the 43rd St Blues Band as well as working with a Who’s Who of Windy City greats including Buddy Guy, Junior Wells, Otis Rush, Phil Guy, James Cotton, Lefty Dizz, Sugar Blue, Billy Branch, Son Seals, Lonnie Brooks, Johnny Littlejohn, Magic Slim, Eddie Shaw, and many others. She’s toured the world, made 14 albums including this one, and has long been thought of as one of the premier blues/rock guitarists in the game today. Some of her performance videos went viral in 2019 and caught the attention of Joe Bonamassa, who had actually opened for Joanna at Chicago’s House of Blues years ago when he was an emerging young musician. He wanted to help her make the greatest, most fully realized recording of her career and, together, they did just that.

Connor starts the set with the house-rocking “Destination,” which was originally done by The Assassins. She and everyone involved go hard from the jump on this hard-driving cut and, with this many heavy hitters on board, that means something. The track is an amazing showcase for Joanna’s aggressive guitar work and she rocks it like she’s trying to set her amp on fire. Her vocals are confident and strong and she takes the song exactly where it needs to go. “Come Back Home” is full-on vintage grit set to music and features some of Connor’s rawest playing ever. Reese Wynans also leaves his mark on this one with some sweet piano.

Luther Allison’s “Bad News” is a blast-furnace of slow blues that puts Connor’s vocals at center stage. Her voice is otherworldly and full of the genuine angst and pain of a human in the full grip of the blues. Connor vibes like a broken, exposed nerve screaming for whatever relief she can find and it’s glorious. “I Feel So Good” is an industrial-strength boogie number that lets Joanna run wild on her guitar and show off her big-league chops and attitude. The energy put forth here is astonishing and exhilarating. You’d swear Connor and the band were about to burst from your speakers, take over your house, and throw the rent party of a lifetime.

One major highlight of 4801 South Indiana Avenue is Connor’s chromatic, groove-shifting take on the classic “Cut You Loose.” The arrangement is hypnotic but never typical, making radical changes in feel and style throughout the song. Connor’s power and ways are out in full force by this point in the record, so don’t be surprised if you’re left gasping for breath. Other can’t-miss selections on the platter include “Trouble Trouble” and “Part Time Love.” 4801 South Indiana Avenue is a career-defining record for Joanna Connor. It’s an album that’ll be remembered for decades to come and everyone who lives for true, from-the-guts blues needs to hear it. If you only buy one record this year, this is the one you want.

Watch “I Feel So Good”